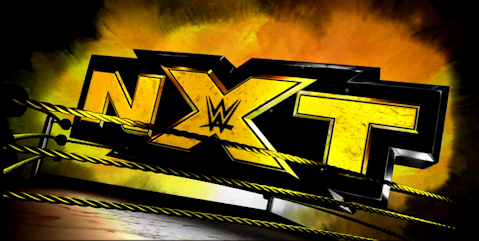 Since NXT was re-branded from a reality show competition into a developmental territory it has seen great success. It has evolved from just another developmental territory to a flourishing brand with a cult following. In the last couple years NXT has produced several Superstars who are currently on succeeding on the main roster. In 2012, Dean Ambrose, Seth Rollins, and Roman Reigns were promoted to main roster and dominated as The Shield. Now all three men are our own their own and blazing a trail. In 2013, Bray Wyatt, Luke Harper, and Erick Rowan came to the main roster in similar fashion as The Shield. The three monsters wreaked havoc on the WWE. Bray Wyatt had a great showing against John Cena at Wrestlemania 30. These three also went their separate ways which gave Harper and Rowan the chance to be a part of the big Survivor Series main event. In April of this year, the “Anti Diva” Paige made her main roster debut and won the Diva’s Championship her first night on RAW. She became the first person to hold the NXT Women’s Championship and the Diva’s Championship at the same time. Also this year, Rusev and Lana came onto the scene. Under Lana’s guidance Rusev has decimated all of the American heroes. As of this writing, Rusev is the United States champion and has yet to be pinned or submitted since his main roster debut. Even though there have been several successes from the Florida territory, there has been quite a few failures as well. There are five NXT alumni who are having a hard time getting over on the main roster:

Xavier Woods had an a very abrupt debut on the main roster in late 2013. There were no vignettes or any kind of build up for Woods. He pretty much randomly showed up on Raw one night and teamed up with his former TNA partner R-Truth. After his debut, he briefly feuded with Brodus Clay over the rights of the “Somebody Call My Momma” theme song (Ernest “The Cat” Miller” should have been involved too). Woods ended up winning the feud but, since that he wasn’t booked strongly at all. Suffering several losses on pretty much every WWE programming from Raw to Superstars. Now Woods is a part of the stable, The New Day with Big E and Kofi Kingston. It is yet to be seen if The New Day will be a Woods’ success on the main roster.

Leo Kruger re-debuted on in March of this year as Adam Rose. Some questioned the gimmick change, but as you see in the video above Adam Rose became extremely over in NXT. After weeks of vignettes on Raw and Smackdown, Rose made his main roster debut in May defeating Jack Swagger. Unfortunately for Rose his gimmick didn’t connect with the audience of the main roster like it did with the NXT audience. Also, it seems like there was no creative game plan for Rose. He picked up a string of victories, but, was not involved in any kind of serious storyline or program. Recently he’s been feuding with his Bunny, a rivalry that nobody really cares about it. I’m not sure how long Rose can survive on the main roster with his current gimmick. The party might be over soon for Rose.

Emma had one of the best women’s matches this year with Paige at NXT Arrival. One of the few women’s matches to receive a “this is awesome” chant. After this great performance it seemed without a doubt Emma would be one of the top divas when she would get called up. Emma made her debut in January appearing as a member of the audience during a Summer Rae match. From there she won a dance contest against Summer and formed an on air relationship with Santino Marella. With Santino, Emma was not involved in any serious storylines and didn’t have any stand out matches. She did get a lot of TV time and her alliance with Santino helped her to start to get over. Unfortunately, Santino had to retire from in ring action which killed any momentum Emma had. Her ultimate downfall came when she was arrested for stealing. Initially she was released from WWE but, the decision was reversed hours later, after more details about the arrest were released.  After that situation she is mainly competing on Superstars and Main Event. It might be a while before we see Emma rise back to greatness.

After a successful run as NXT Champion, it was time for Bo Dallas to make Bo-lievers out of the main roster. In April motivational vignettes hyped the debut of the former NXT Champion. He debuted on May 26th picking up a win over Sin Cara. Dallas would then go on an undefeated streak. It seemed like Dallas was being groomed for a Intercontintal or United States Championship run. Then, without build up his winning streak was ended by R-Truth. This lost was surrounded by rumors that Vince McMahon was not a Bo-liever and wasn’t a fan of the Bo Dallas. After that he had a small feud with Mark Henry and then suffered a foot injury. Once again, it seems like creative didn’t have a game plan for Bo. Hopefully as Bo recovers the creative team is coming up with storylines for Bo and not squander another NXT star.

So I know this technically wasn’t Charlotte’s main roster debut, but it was still handled poorly. Charlotte was brought on Raw to display her talents and promote the NXT R Evolution special. The right thing to do would have been to have given Charlotte’s match time and have her go over. Instead, she was booked in a two minute match and lost. This made Charlotte look weak going into her big title defense at R Evolution and it made it seem that an NXT star is not as good as a main roster star, even though Charlotte defeated Natalya at NXT Takeover. Triple-H responded to critics saying that when Charlotte makes her official debut no one will remember this lost. Hopefully Triple-H is right and the creative will have a great plan ready when it’s time for Charlotte’s official debut,

Out of these 5 who has the potential for a great WWE career? Sound off in the comments below.