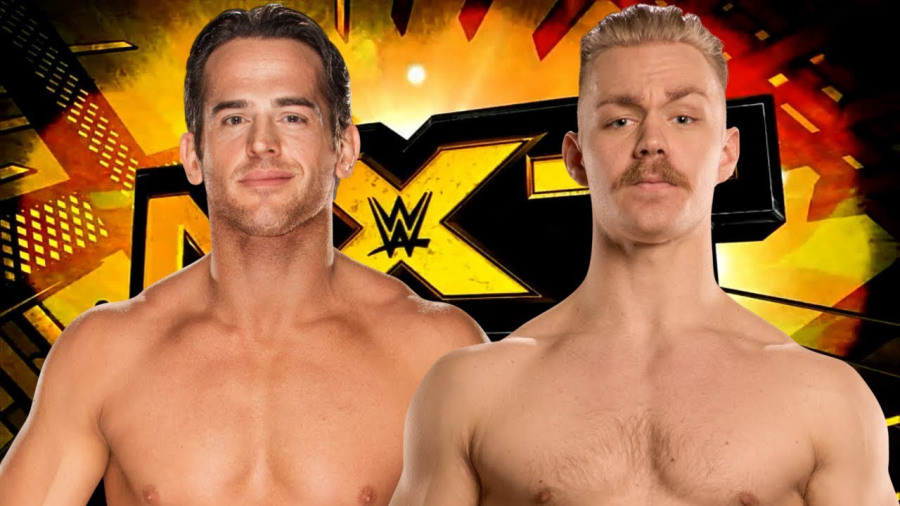 What is up, Social Suplex readers? It’s Tom Gambardella back with another NXT review. This week’s episode was one of those “matches taped in the arena before Takeover” episodes, which usually aren’t huge on storyline development, but they give us the chance to see some quality matches. This week we got Nikki Cross vs Lacey Evans, TM61 vs The Ealy Brothers, and Tyler Bate vs Roderick Strong in the main event.

Cross vs Evans opened the show, and it was about what you’d expect. Lacey Evans was able to get her stuff in, but this match was mostly Nikki Cross. I think Cross winning was the right call for this match, but at this point, Nikki Cross, and the rest of Sanity for that matter are in a bit of a limbo. If we think of NXT as a show that moves in chapters, I think Sanity’s chapter has passed. That’s not a knock on Sanity at all, they’re still one of my favorite acts to watch in NXT, but I think their story is complete. And that shows in how Sanity is booked right now. Eric Young, Killian Dain, and Alexander Wolfe were all left off the card in Philly, and Nikki Cross was on the pre-show tapings. That being said, I think Nikki Cross needs to stick around for a little while. The women’s division in NXT is in a real transitional phase like I mentioned in the preview for Takeover, and Cross is one of the only established competitors around. I think she’ll work a short program (like she did with Ruby Riott) with someone like Candice Lerae or Dakota Kai, then get called up the night after Wrestlemania with Sanity.

After that match, TM61 had their in-ring return against the Ealy Brothers, and it was a short one mainly used to showcase TM61’s offense. The Ealys didn’t get much of anything in offensively, and TM61 got the pinfall on them. The Ealys are in sort of a tough spot, because they’re never going to get anywhere with the “it’s just two brothers” gimmick, and the reality is that they’ll need a gimmick to get anywhere. I’m not writing them off, I just don’t see them as NXT tag team champs any time in the near future. TM61 are clearly being built up as a top babyface tag team, but I don’t know if it’s their time just yet. I think they’ll probably leapfrog the Street Profits and get a tag team title shot at Takeover in New Orleans, but I could see Street Profits challenging Fish & O’Reilly on tv at some point before then. If TM61 don’t challenge Fish & O’Reilly they could be the first NXT feud for War Machine.

After an amazing (as always) Velveteen Dream promo, we got Roderick Strong vs Tyler Bate. The thing that stood out for me in this match is how good both guys are at pacing their matches, specifically doing so to get the biggest crowd reaction from every move. There were multiple sequences in this match from each guy that were strung together perfectly and led to big pops from the crowd on every near fall. Strong being this good is understandable, he was a top indy wrestler for the past decade, but Bate being so good at something psychological like that at such a young age is really awesome. Strong won, so he’ll challenge Pete Dunne for the UK Championship in the near future. I don’t see Strong winning, mainly because he’s not from the UK, and I don’t see anyone else built up enough to even challenge Pete Dunne, let alone beat him. Tyler Bate challenged Dunne on tv recently and lost, and I think that belt will be in limbo until a UK show gets greenlit for the network.

Adam Cole vs Killian Dain and Kyle O’Reilly and Bobby Fish vs Eric Young & Alexander Wolf has already been announced for next week, which makes it look like we’re building to a full Sanity vs Undisputed Era feud. It wouldn’t surprise me if neither of these matches ended completely clean because the full 3 on 3 match needs to be built towards. I think Sanity are moving up after Wrestlemania, so this Undisputed Era feud should be their last or second to last on NXT.

And that wraps it up for NXT’s weekly tv show this week. If you haven’t watched Takeover: Philly yet, go watch it. It was an awesome show top to bottom. Gargano vs Almas was out of this world. Cole vs Black was also fantastic, but Gargano vs Almas was really incredible. Thanks for reading, see Y’all next week!