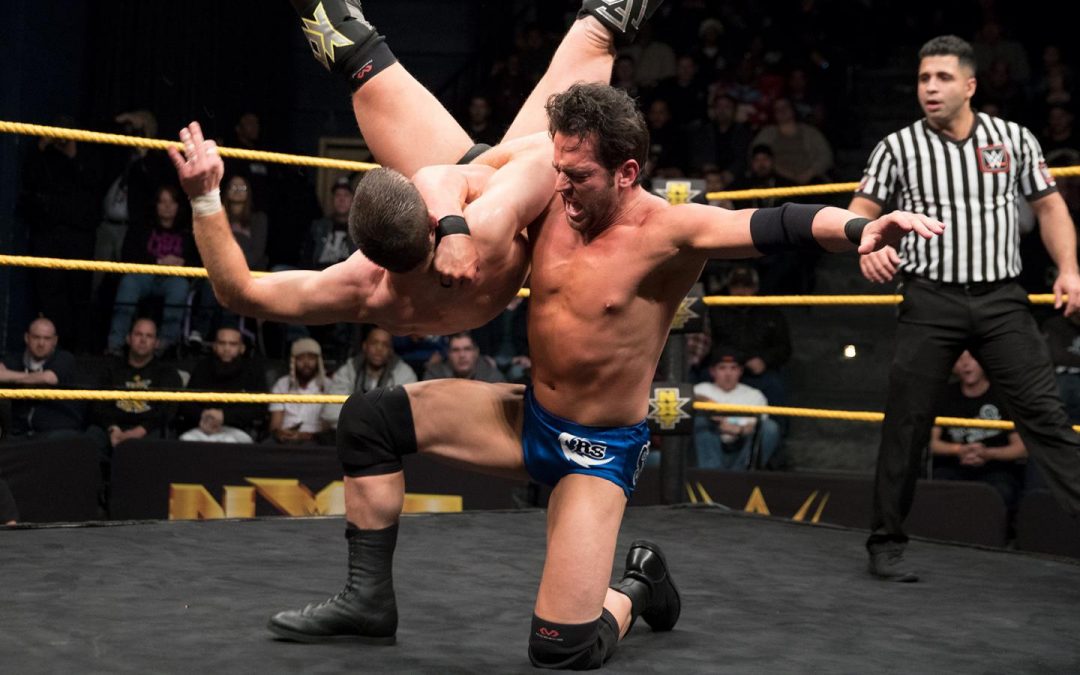 What is up guys! Tom Gambardella here to talk about what was a pretty stacked episode of NXT TV. I’m writing this minutes after the show ended, so it’s gonna be pretty free-flowing, and a lot of what I write is probably gonna be based off my gut reactions to what happened tonight. If you like reading the ramblings of an overtired college student/ Undisputed Era Mark, GIMME A HELL YEAH!!! (Also keep reading the review below. NXT was really good this week).

The first thing I want to make a note of is that this was the first episode of NXT from the Atlanta tapings, and for the most part I thought the venue change was a success. I read rumors that the taping was in Atlanta because the Full Sail crowd wasn’t reacting to NXT the way bookers wanted (Cheering for heels, WHAT chants, etc), and if the goal of taping in Atlanta was to get a crowd that’d react to the Face/Heel dynamics more, I’d say it was a success. The Undisputed Era was getting booed AGGRESSIVELY during a promo, Ember Moon got an actual pop for a run in, and Kassius Ohno was getting HUGE reactions for every move he hit. Was it perfect? Well, no. The wrestlers had to walk down a short set of stairs to make their entrances which was kind of weird to watch, but other than that I didn’t see much of a problem with taping NXT in a new venue.

So the show itself started out with Shayna Baszler’s NXT TV debut. She was wrestling Dakota Kai, who I guess wanted to fight Shayna after Shayna choked out somebody at the performance center while Dakota was trying to teach them how to do submissions. This match did NOT go well for Dakota Kai. She got beat the F up, and the match ended by ref stoppage after one of the more realistic and brutal looking arm stomp/injury spots I’ve ever seen. It got replayed in slow-mo and it still looked like it really hurt. Then Shayna Baszler choked out Dakota Kai while she was getting medical attention in the ring, and Ember Moon came out to stop her. So what does it look like? It looks like Ember vs Shayna is gonna happen at some point. It’d make sense if it was at Takeover: Philly, but honestly, I could see it happening on weekly tv because of how recently Shayna debuted.

Next, we got an ANGRY promo from the Authors of Pain, and the thing I liked about it was that Akam and Rezar actually got to say some stuff. I’m all for scary Paul Ellering promos, but at some point, you gotta let the wrestlers speak, which they did tonight. The promo was basically “we want our titles back, it doesn’t matter who’s champ!” but it was still very effective.

Next, there was a Kassius Ohno-Raul Mendoza match, and while it wasn’t a really long match it was really good. Raul Mendoza reminds me a lot of Fabian Aichner because he can WORK in the ring, but there’s just something missing that’s holding him back from being a star. What is it? I don’t know. But if he picks it up he could go places. Kassius Ohno won with a High Tension Elbow, and I was thoroughly entertained throughout the entire 5ish minute match.

Zelina Vega had a short interview, and as usual, she killed it on the mic. Zelina Vega has been HUGE for Andrade Cien Almas’s character development, and the two of them have been incredibly entertaining since they linked up. Actually, Andrade’s whole storyline in NXT has been really cool to follow. He came in as a Babyface, flopped, the crowd turned on him, then he started partying, losing matches, and losing focus on wrestling. Then Zelina Vega emerged from Andrade’s apparently complicated past and whipped him into shape, and with a renewed focus Andrade Cien Almas became NXT Champion. What I like about Andrade’s story and Zelina’s role in it, is that it’s a character arc that wasn’t confined to hitting someone with a steel chair. Did Almas beat up his tag team partner once? Yes, yes he did. But the attitude change was only the beginning of Andrade’s road to redemption, and that road has been a blast to travel.

After Zelina Vega’s promo, there was an interview with Johnny Gargano that the Velveteen Dream (HE’S BACK!) interrupted. Dream told Johnny to say “thank you” for the spot Johnny took in that #1 contender’s matchup, and Johnny…didn’t say thank you. What I took from this segment is that the Velveteen Dream, while playing one of the most over the top, gimmicky characters in WWE today, sounds more natural in promos than most of the main roster. Obviously, he’s not as tightly scripted as main roster talents, but I still think it’s worth noting, if for no other reason than to praise the man once known as Patrick Clark.

After a brief commercial break, the Street Profits walked through the backstage area hyped out of their MINDS, and they asked Mr. Regal if they could have a shot at the NXT tag titles. He didn’t give them the shot, but he gave them a #1 contender’s match against the Authors of Pain, and that match will happen NEXT WEEK!! The Street Profits are amazing. They play off of each other better than just about any tag team in NXT, and their promos are so much more fun to watch than most because, like the Velveteen Dream’s, they sound real. Also, they got Mr. Regal to…well, I don’t exactly know what to call it. Mauro Ranallo called it “Regal’s version of a Milly Rock”, and while I don’t think that’s what it was, I sure don’t know a better name for it.

After Regal’s miscellaneous dancing we got Lio Rush (HE’S ALSO BACK!!) against Lars Sullivan. Lio was weirdly over in Atlanta, and he got a solid amount of offense in. Lars still won, and then he hit Lio with a Freak Accident off the middle rope, but Lio at least got to show the audience more of what he could do. And frankly, he hasn’t been built up enough to beat the undefeated monster. After the match, Lars Sullivan also called out Killian Dain, and if those two have a Takeover match it’ll be one of the best “athletic big man” style matches we see for a while.

Before Lars could get off camera, Nigel McGuiness told us he was getting word from his producer that “Something’s going on backstage”. That something was the Undisputed Era beating up Sanity, who was supposed to challenge Kyle O’Reilly and Bobby Fish for the tag team titles. After a brief commercial break the Undisputed Era came out to the ring and cut a solid heel promo, and this was where I really noticed the difference between Full Sail and Atlanta. There were real boos coming from the crowd, and it was weirdly refreshing. Nikki Cross tried to rush the ring but she got stopped by a couple of refs, but Cole, Fish, and O’Reilly still sold being legit scared of her, which was really funny to watch. As it turns out, being huge dicks to everyone on the roster didn’t win the Undisputed Era any friends, and William Regal came out and said Fish and O’Reilly would be defending the tag titles tonight. Roddy Strong interrupted Regal and said he’d fight Fish and O’Reilly, and then Aleister Black interrupted Roddy. After a HUGE pop from the Atlanta crowd, Aleister Black simply said “So will I”. And just like that it was ON. Aleister Black & Roderick Strong vs Kyle O’Reilly & Bobby Fish. The match was good but not great by NXT TV standards, which says a lot about the match quality on NXT TV recently. Every week or two we get Takeover quality matches on a regular episode of TV, and while I love it, I almost feel a bit spoiled because I don’t think this match is gonna get the credit it deserves. It was a solid match, just not out of this world.

Adam Cole pulled Aleister Black out of the ring late in the match, which led to Black stalking Cole into the stands, Fish and O’Reilly retaining, and then the Undisputed Era beating up Aleister Black with a chair. Angry old man Regal came out, gave Adam Cole a STERN staredown, and then he MADE A TAKEOVER MATCH: ALEISTER BLACK VS ADAM COLE IN AN EXTREME RULES MATCH!!!

The Takeover match that got made is gonna be awesome (Black vs Cole, Extreme Rules). The Takeover matches that were potentially(?) set up (Ember vs Shayna, Lars vs Dain) are both matches I’d love to watch, and the matches that we saw tonight were very entertaining. Overall an episode of NXT that I didn’t expect a ton from turned out to be a real slobber knocker.