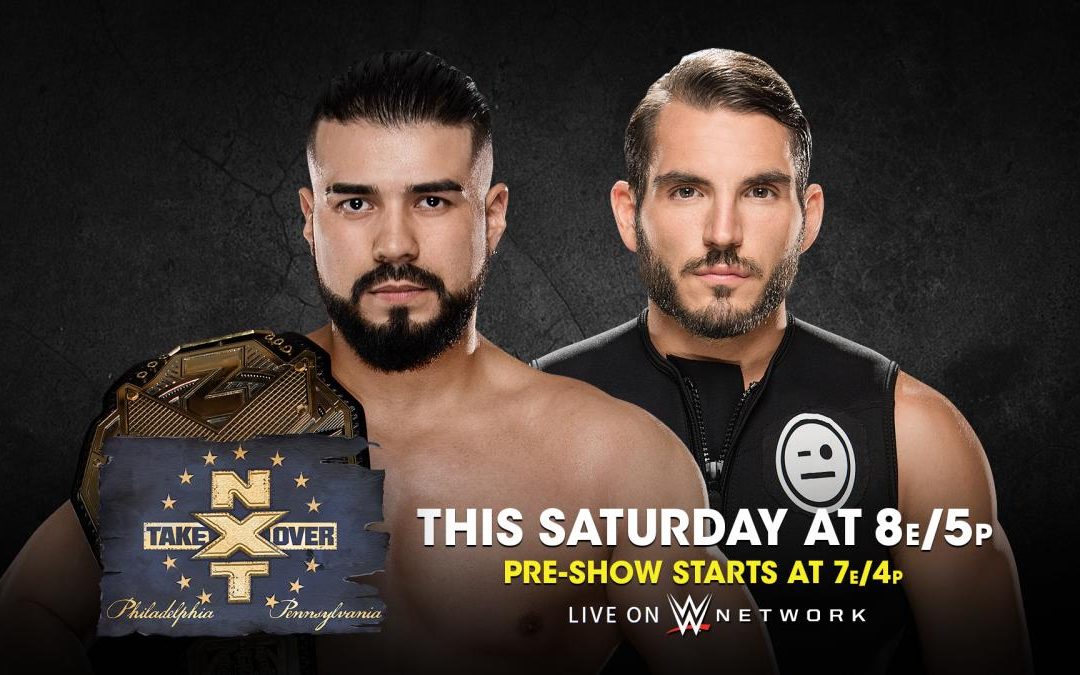 What is up, Social Suplex readers! As you all know the Royal Rumble is this weekend, and while that means the start of the “Road to Wrestlemania”, it also means we get an NXT Takeover Saturday night!

It’s shaping up to be a really good card (like every NXT Takeover), and I’m gonna go match-by-match and give you all the most correct predictions you’ll find anywhere. So without further ado, here is the OFFICIAL preview post for NXT Takeover: Philadelphia. 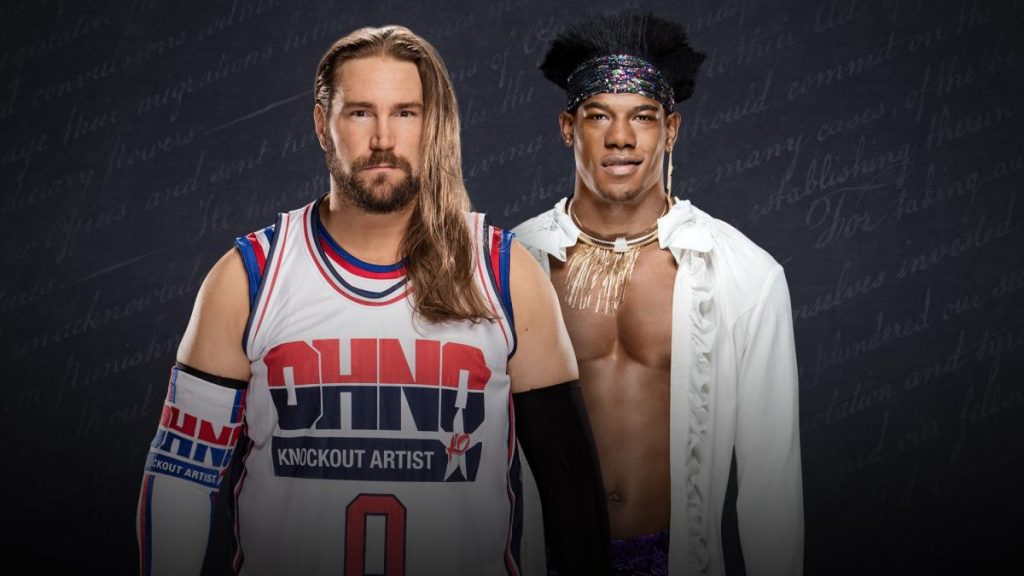 This match came out of nowhere, so much so in fact that I only found out about it when I googled the match card before writing this preview. On other takeover shows I think this match would’ve been a lock to steal the show, and while it still could do that Saturday night, I don’t think it’s a lock. The Velveteen Dream is a STAR whose stock is only rising in NXT, which means he needs the win now more than Ohno does. I like Kassius Ohno, but it has become pretty clear that WWE doesn’t have huge plans for him going forward. Will the match be good? Yes. It will be very good. It won’t have the character motivations that Dream vs Aleister Black did, but at the end of the day, it’s one of the most charismatic people in all of WWE, male or female, against Kassius Ohno, who seems incapable of having a bad match.

MY PICK: The Velveteen Dream 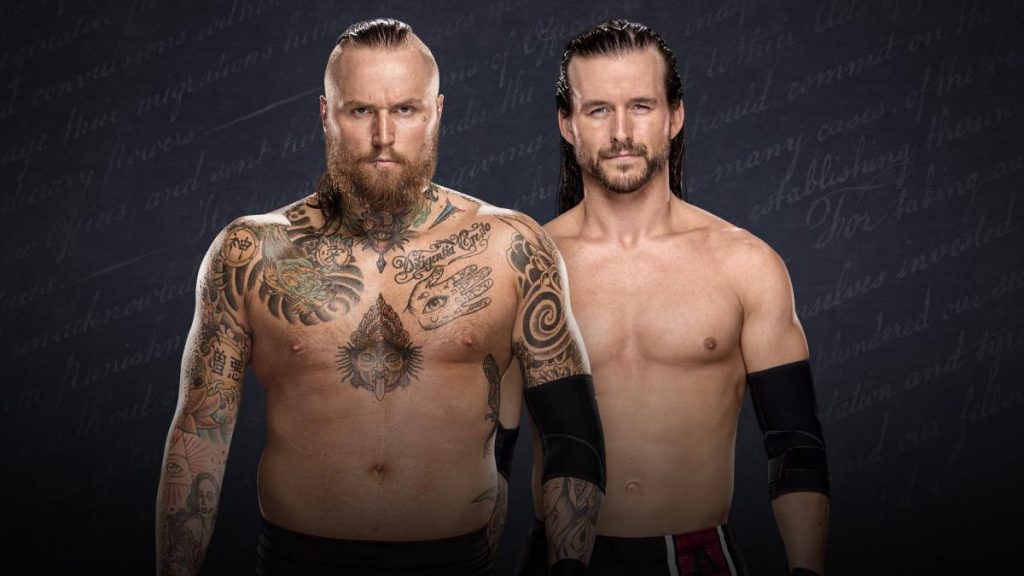 I’m conflicted writing about this match because I keep going back and forth on who should win here. On one hand, Aleister Black was undefeated in NXT for 8 months, and he’s in a delicate spot right now as far as booking is concerned. Essentially, he still needs to be booked to look strong even though he’s no longer undefeated. It’s something I think a lot of “undefeated for X amount of time” guys struggle with after they start losing matches.

On the other hand, Adam Cole needs to continue picking up momentum. The War Games match put him over big time, he’s a fantastic “cocky asshole” heel, and he could be a really good heel champion in NXT for a long time if that’s the road they want to go down. Additionally, I think the Undisputed Era has potential to be at or near the top of the card in NXT for a long time, and Cole, as the biggest star in that trio, needs to be built up for that to happen.

So who wins? Well to figure that out we need to look at two things. First off, the match is an extreme rules match, which allows either guy to lose without looking weak. A WWE extreme rules match usually wind up being regular matches with a couple of chair shots and maybe a table thrown in, but I think NXT could do a really good job making this a fresh take on the hardcore style match. I should add that this is my pick to steal the show. I think both guys are going to go all out and put on an absolute show. Second, I think Aleister Black’s days in NXT are numbered. I think he’ll get called up the week after Wrestlemania. With both of those reasons in mind, I think Adam Cole is going to win this match. It should be a really brutal, gritty match to keep Black looking strong. 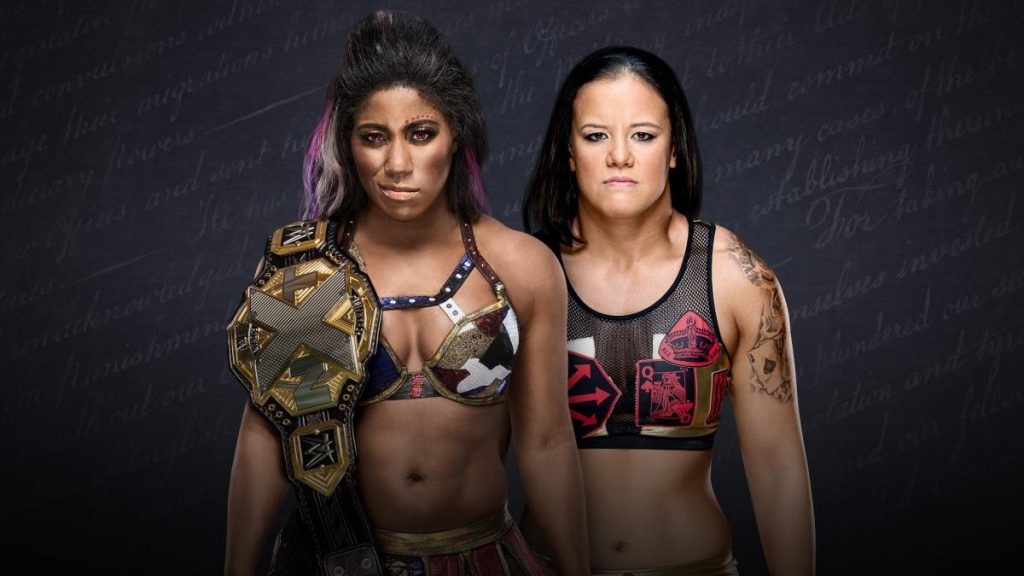 Ember Moon has shown more character in the buildup to this feud than she did the entire time she was chasing Asuka, which has been good to see. I think Ember got screwed a little bit while chasing the title because she was the “heir apparent” to Asuka for a long time, but she stayed a babyface the entire time. And as good as Ember Moon is, it’s really hard to get the NXT behind someone not named Asuka, especially when Asuka never went full heel while she had the title.

If past title reigns are any indication, Ember Moon is going to hold the NXT women’s title for a long time. I like everything Shayna Baszler has done since debuting on TV, and while her character isn’t super developed, she has definitely looked credible at every turn. While I don’t think Shayna is going to win on Saturday night, I don’t think that this will be the last time she challenges for the title.

The NXT women’s division looks to me like it’s in a little bit of a rebuilding period right now. Kairi Sane is apparently hurt, The Iconic Duo have both lost to Ember Moon already, Nikki Cross hasn’t really been involved in women’s division storylines since Takeover: Houston, and after that, the only woman who’s been built up on TV recently is Bianca Bel Air, who’s currently a heel. So what does all this mean? Ember vs Shayna needs to be a multi-match feud. So I think Ember Moon wins Saturday night but in a close enough match that Shayna Baszler will get a rematch. 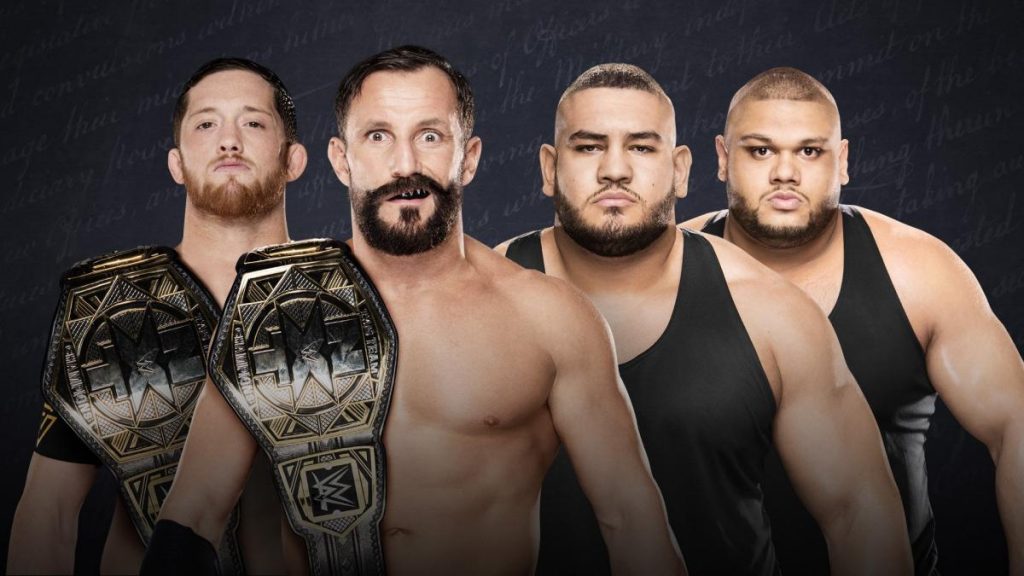 This match is gonna be interesting to watch, mainly because O’Reilly and Fish are gonna have to get heel heat while facing guys twice their size. It’s not impossible, I’m just saying it

isn’t easy. Unless NXT wants to have the guys they’ve built up as the top heel tag team wrestle as babyfaces, which in my opinion wouldn’t be smart at all. Not only are Akam and Rezar (No, I couldn’t tell you which one is which) twice as big as Fish and O’Reilly, they’re also still heels. Or at least they were in their match against the Street Profits last week. I don’t want to bury the match, I’m just saying it’s an odd decision. I think the fact that AOP are in this match means there are big plans for either the Street Profits or TM61 because either of those teams could’ve easily been in this match just to give O’Reilly and Fish a true babyface challenger. The only reason I can think of as to why the Street Profits aren’t in this match is because whoever is booking NXT wants them to actually win the titles when they challenge for them. One of the guys in TM61 (can’t really tell them apart either) was hurt for over a year, so while he’s technically healthy now, I understand why TM61 didn’t challenge for the straps here.

I think Fish & O’Reilly are gonna be doing a lot of striking and submission wrestling in this match, and for the most part, AOP are gonna toss them around like rag dolls. So who goes over? Well, remember when I said Aleister Black could take a loss because he’s probably getting called up soon? The same is true for AOP. They’ve been cutting their own promos the past few weeks, and have really done all there is to do in NXT as a team. I see them also getting called up the week after Wrestlemania, so while they might get another shot at the tag team titles after this weekend, I think there’s very little chance of AOP walking out of Philly as champs. 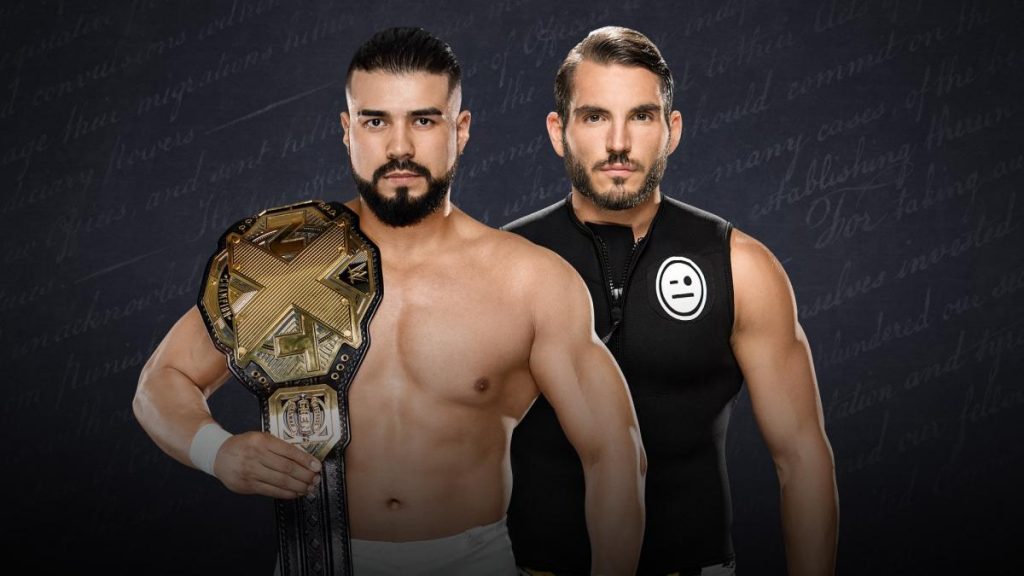 To address the Elephant in the room, yes, we have seen this match before. We saw it in Brooklyn, where it was one of my favorite matches all weekend, and then we saw it on NXT TV shortly thereafter. Both Gargano-Almas matches delivered, and I expect no less here. The only difference? I think Gargano wins this one. I know it’s not the best thing for the value of the NXT Title to have two consecutive champions lose it on their first takeover defense, but sometimes the value of the title isn’t the most important thing.

The main reason I think Gargano is gonna win the belt is this: Gargano vs Ciampa is likely happening Wrestlemania weekend, and that match could main event a Takeover in New Orleans with or without the belt. Gargano is just. that. over. Is Gargano winning a little bit predictable? Maybe. But sometimes the predictable call is the right one, and this is one of those times. Gargano winning would be the biggest feel-good moment in NXT since Sami Zayn won the title, and it might be an even bigger deal than Zayn’s win was.

As if there needed to be another reason for Gargano to go over, I think Andrade is getting called up soon. Realistically he’s been ready for a while now, but it’s been a lot of fun to see him get as hot as he has since being paired with Zelina Vega.

MY PICK: Johnny Gargano. The roof comes off the Wells Fargo Center, and then Tommaso Ciampa attacks, a la Zayn-Owens.