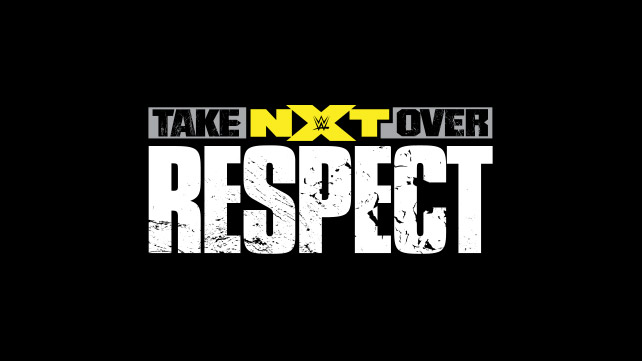 This Wednesday NXT Takeover Respect airs live on the WWE Network with a stacked card. On this special we’ll see the culmination of the Dusty Rhodes Tag Team Classic Tournament. There have been several surprises in the tournament with fan favorites, Enzo & Cass and the Vaudevillians being eliminated. Not a great start to the Vaudevillians’ tag team title reign. Also, we’ll see the first-ever women’s Iron Man match! Before I get too excited about that here are my predictions top to bottom. 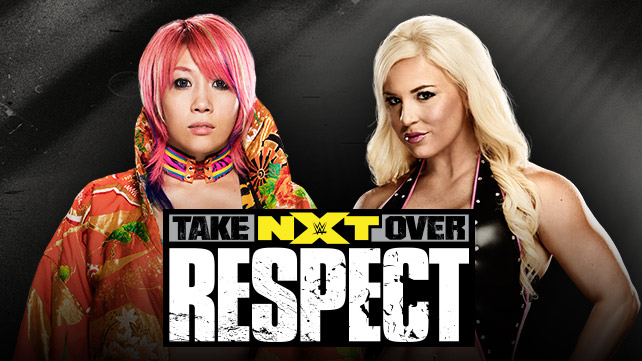 It’s going to be a big night for the women of NXT. Not only because of the Iron Man, but the in ring debut of Asuka a.k.a Kana. Our first look at Asuka in NXT happened at a very awkward contract signing. She was bullied out of the ring by Dana and Emma, and I was expecting her to go back in and lay them out. We didn’t get a physical altercation that night, but on Wednesday night the suit will be off and the killer unleashed. It will be interesting to see how stiff Asuka will work and if Dana can keep up with her. I know most of the IWC has been hating on Dana. She has been slowly growing on me. Her matches are way better than Eva’s (Sorry Eva). Plus if Dana on my screen means Evil Emma will be there I’m all about it. I’m sure Emma will try to get involved, but Asuka will outmatch them both and get her first win in NXT. 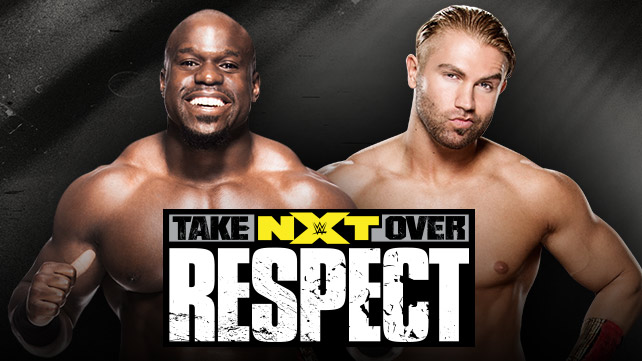 This  is going to be a match up between the new rising star of NXT, Crews, and  NXT mainstay, Breeze. I have no doubt that this will be a stellar match up. I just feel bad for Tyler. He’s been in NXT for so long and seems to get overshadowed by all the “indy” guys. Triple H has said that Tyler is a very important part of NXT, but it’s hard to visualize it with him putting over all the new talent that comes in. I would like to see Tyler win this match by cheating and make this into a long feud with Crews, but I don’t think that’s what is going to happen. I see Crews picking up his second Takeover victory with his impressive Gorilla Press/Standing Moonsault combination. 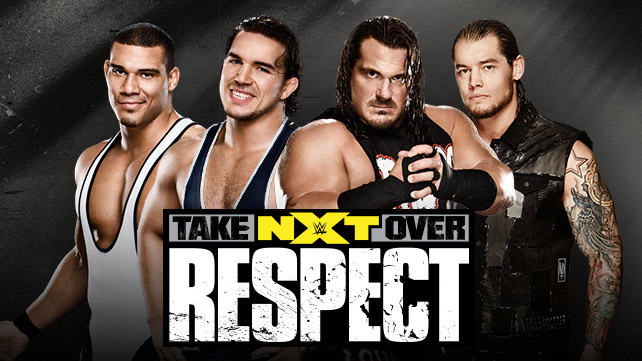 In the past year, we’ve seen the revival of women’s wrestling in WWE on NXT. Now we’re starting to see a revival of tag team wrestling thanks to the Dusty Rhodes Tag Team Classic. In one of the quarter final matches, it’s going to be the odd couple of Baron Corbin and Rhyno taking on the team of Jason Jordan and Chad Gable. I mentioned on Social Suplex Live, how much I love the team of Jordan and Gable. They’ve gelled together quickly and have been slowly building momentum. At the beginning of the tournament, I was not expecting Rhyno and Corbin to get very far. They proved me wrong and have bulldozed their way to quarter-finals. I try not to make predictions with my heart, but I really want to see Gable and Jordan advance to the finals. We could see past tensions between Rhyno and Corbin distract them and allow Gable and Jordan to get the win. 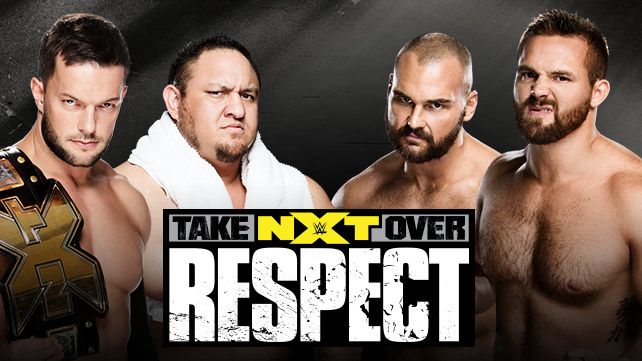 Dawson and Wilder is another team that I’ve grown to like in NXT. They have an old school smash mouth style. They are a team that hasn’t really been pushed on TV yet so it was hard to predict how far they would get. They were able to pull an upset win over the new NXT Tag Champions to get to this spot. Now they have the opportunity to pull an even bigger upset win over the super power team of Samoa Joe and Finn Balor. Finn and Joe is an IWC dream team that has crushed the competition. I don’t think lady luck will be on Dawson & Wilder’s side. I’m expecting Finn and Joe to make it to the finals. 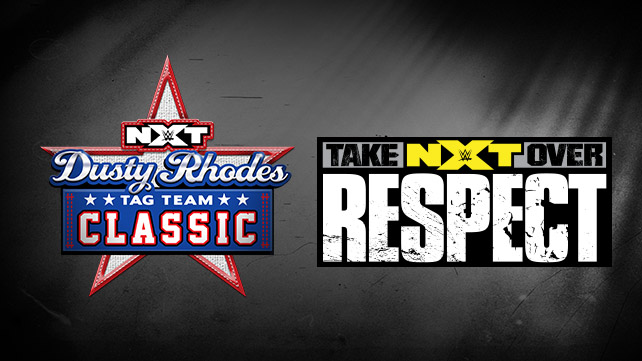 So I’ve predicted the finals to be Jordan and Gable against Finn and Joe. I can easily see this being Rhyno & Corbin against Finn and Joe. No matter who faces Finn and Joe I see them taking home the tournament trophy. I believe the team of Joe and Finn was set up for a Samoa Joe heel turn. Finn is in desperate need of heel challengers. He can only beat Breeze and Corbin so many times. Joe would be a fresh opponent for Finn and they would have some stellar matches. There have been little hints of Joe’s turn. In a few of the backstage promos, Joe always finds a way to touch the NXT title. Joe’s mission from day one has been to win the NXT title. 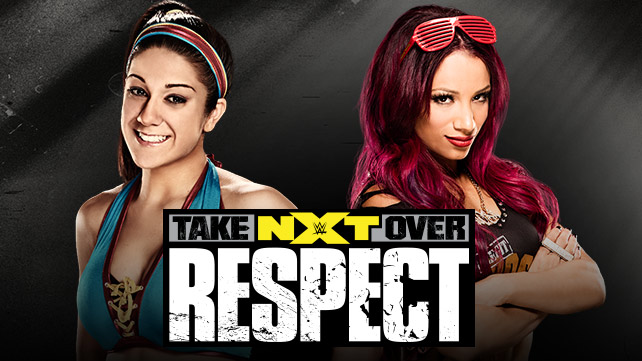 Without a doubt, this is going to be the match of the night! Bayley and Sasha stole the show in Brooklyn on the same card that had a ladder match between Kevin Owens and Finn Balor. I’ve watched the Brooklyn match 3 times and it gets better with every viewing. Now these two will make history in the first woman’s Iron Man match. The Iron Match has a special place in my heart. I am the biggest Shawn Michaels mark there is and his Iron Man match with Bret Hart was one of the matches that captured my imagination as a kid. As I got older I was able to appreciate more what Shawn and Bret did that night. One of the things I loved about the build to Shawn and Bret’s Iron Man was the videos of them training. I’m glad they did the same for Sasha and Bayley. I wouldn’t be surprised if this Iron Man has a similar finish to Bret and Shawn with the match going into overtime. The obvious choice to win is Bayley seeing as Sasha is on the main roster with Team B.A.D and is being positioned for a future Diva’s title match. Also, there are a plethora of heels in the NXT women’s division that could challenge Bayley. Bayley will be the face of the women’s Division in NXT until it’s time for her to get called up. There is always a possibility for a swerve, and Sasha gets the win which would lead to another match between the two. I’m going with the safe bet with Bayley retaining.

END_OF_DOCUMENT_TOKEN_TO_BE_REPLACED 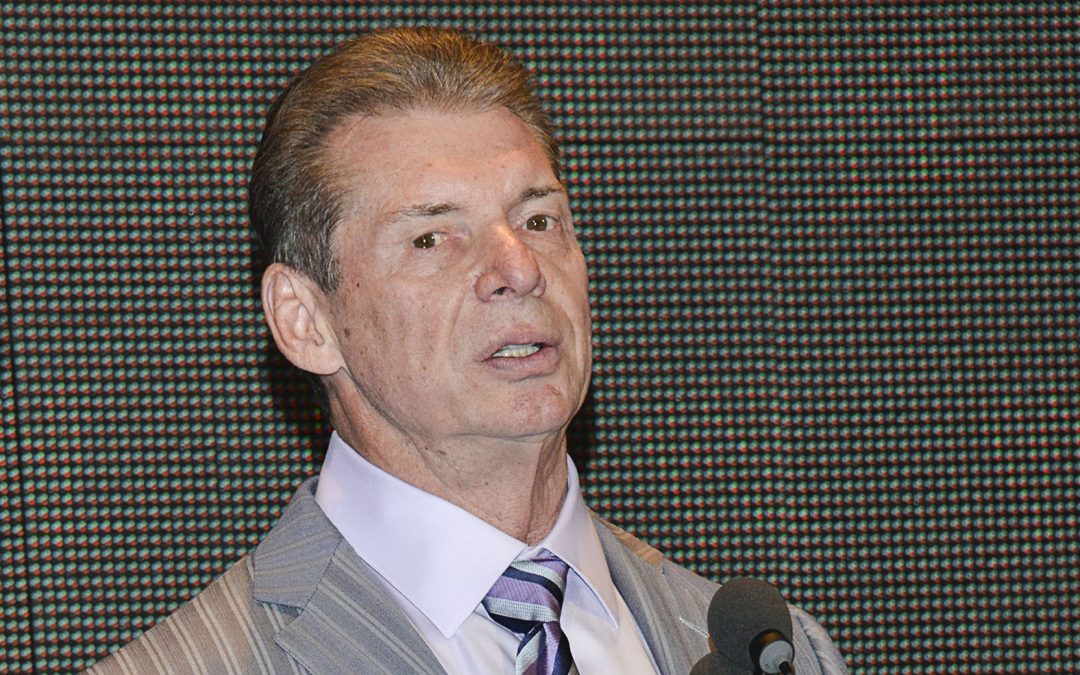