Extreme Rules 2015 was this past Sunday on the WWE Network. I watched the show from the Social Suplex office with two of my good friends. This show definitely lacked build up and it seemed that several fans almost forgot the show was happening. Overall I would give this show a B-. Here are my thoughts on the show. 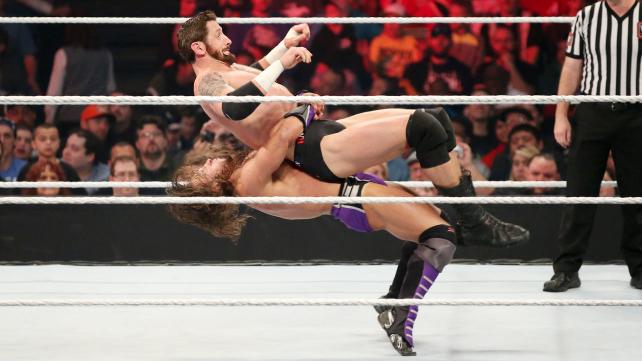 It was disappointing that Daniel Bryan was not cleared to compete, but we got one hell of a replacement in Neville. Neville has captured the attention of the WWE audience. We’ve had some great high flyers in the past, but there’s something different about Neville. Even though a majority of offense is high flying moves, he carries himself like a brawler. He has a sense of urgency that I feel some guys are lacking. Now all these people who keep saying Neville is getting buried can stop. He beat the number one contender for the Intercontinental title. I can easily see Neville winning the Intercontinental title this Summer.

Even though this match had a ridiculous stipulation, it was still a solid showing for these two. As I predicted, Ziggler pulled off the victory and Sheamus refused to kiss Ziggler’s ass. I thought this was smart booking. Giving Ziggler shows, he’s a “real man” and can hang with guys the size of Sheamus. Sheamus’ post-match attack makes you hate Sheamus even more and gives Ziggler a reason to keep chasing Sheamus. The best stories in wrestling are when the face is chasing the heel. 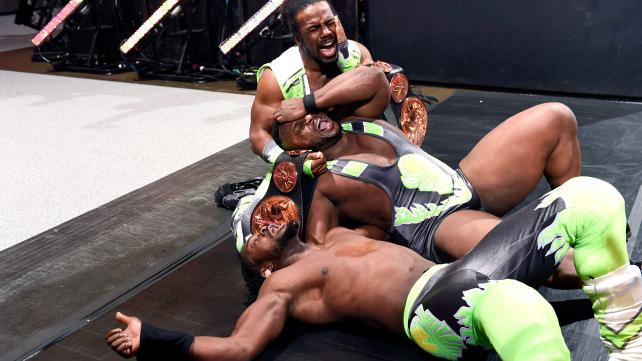 I’ve been a fan of all three of the members of New Day, but I was not digging as the happy go lucky clapping babyfaces. WWE made the right call listening to the audience reaction and turning these guys heel. I think there was no better way to get heat on this team than to win the titles from Kidd and Cesaro in Chicago. Hopefully, this can be the start of a renewed focus on the tag division. 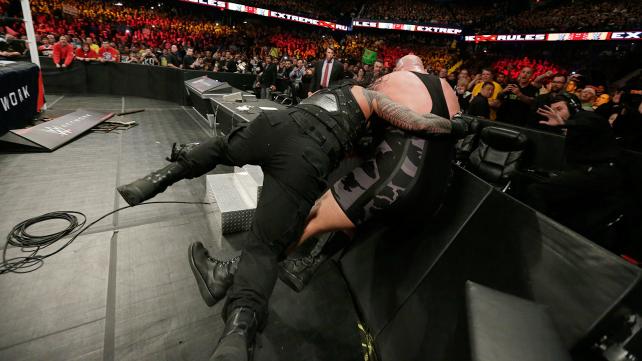 Many fans including myself have been tired of seeing Roman Reigns versus Big Show. We all had our doubts on how good this match would be. Once again, our doubts were wiped away, as was probably the best match of the night and the best match Reigns and Big Show have had together. The fact that most wrestling fans hate Big Show more than hate Reigns helped. The crowd was behind Reigns and wanted to see the Big Show go down and not come back up. Hopefully, he’ll be off TV for a while. 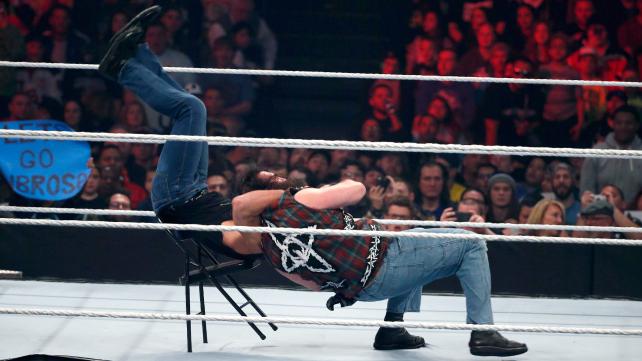 I was expecting this match to steal the show. It started off great and they killed the momentum by having them drive off in the SUV. By the time, they came back I really didn’t care too much what was going to happen next. I just wanted Ambrose to win and move on to the next match. I feel like we were robbed of what could have been a very good match if they had stayed in the arena. Personally I think this match should have just been Falls Count Anywhere. Then you could have had a referee follow them out in the streets and have some pinfall attempts outside. 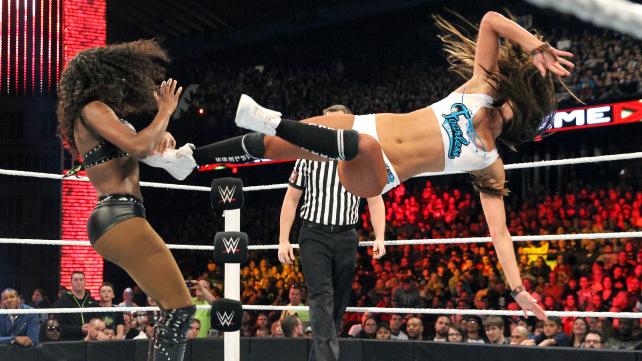 I’m the type of guy that wants a babyface versus heel for the matches I’m watching. I like to know who I’m supposed to be cheering and who I’m supposed to booing. I didn’t get that with this match. The match itself was decent, but I had a hard time getting into because I wasn’t sure who we were supposed to be supporting. The Divas division is lacking babyfaces badly. I’m not sure the crowd is going to buy the Bellas, especially Nikki, as babyfaces. Paige needs to hurry up and finish that movie so there can be at least one true face on the Diva’s roster. WWE might also want to consider bringing up Charlotte and Bayley to the main roster to add to the babyface side. 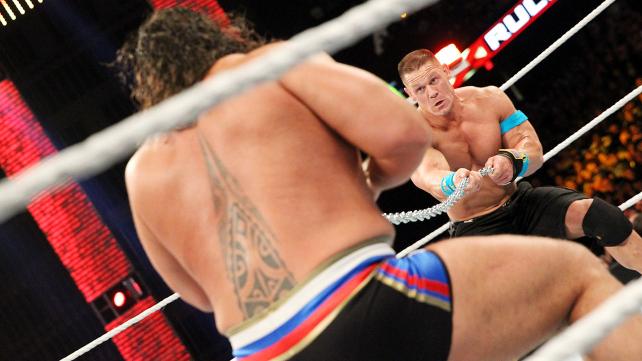 Whether you call it a Russian Chain match, a Caribbean Strap match or a Texas Bull Rope match it is one of the worst match types there is. I was hoping they would just be chained together and pinfall and submission would still be in play. The chain that were strapped to was way too long in my opinion. I thought the whole purpose of this match was you had to drag your opponent with you to touch all four corners. With the chain being so long, it made it easier to touch the corners. Also the fact they really couldn’t use the chain to inflict damage put a damper on this match. I was hoping this was going to be the end of this feud and both men could move to different stories. Now we have an “I Quit” match between the two in three weeks at Payback. 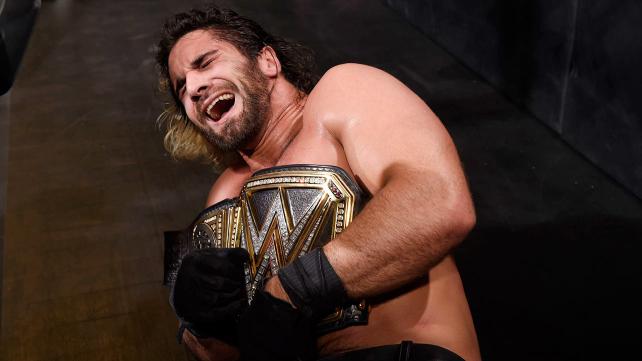 First let me say that I love Seth Rollins and Randy Orton and they had a great match. The problem here was the finish to the match was too obvious. We all knew the match wasn’t going to end until Kane physically got involved. So that took the excitement and anticipation away from the near falls and escape attempts. With Kane and J&J, there was pretty much no chance of Orton winning the title.

What were your thoughts on Extreme Rules 2015?