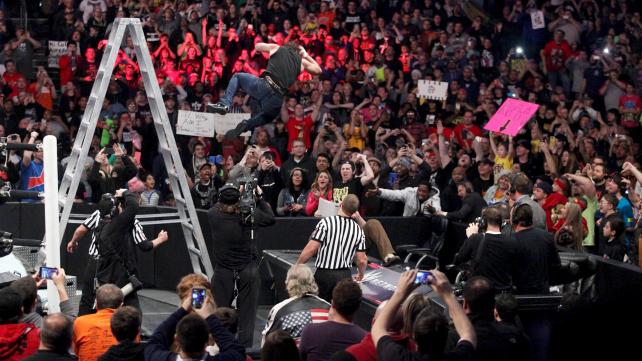 WWE TLC 2014 was this past Sunday on the WWE Network. I was 6-3 in my predictions this go around. I’m getting better and better every pay-per-view. Dear Vince, hire me for the creative team. TLC had it’s ups and it downs. Let’s take a look at the pros and cons of this event. 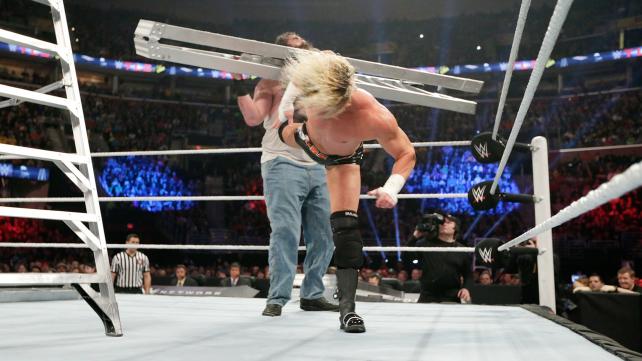 This was the perfect match to open the show. There was several times in this match that I thought Harper had killed Ziggler. I predicted that Harper was going to win, but I’m happy Dolph won the title back in his hometown. With his recent momentum Ziggler is a potential Royal Rumble winner. 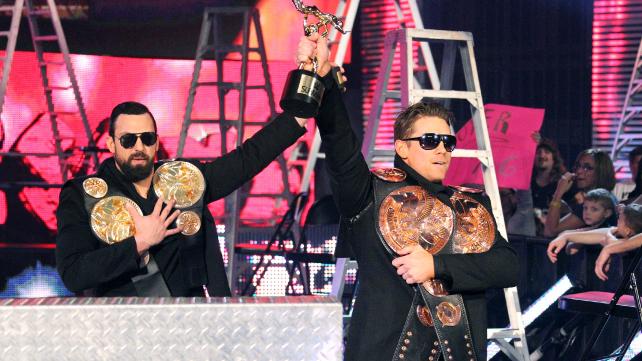 It’s amazing how over Mizdow is right now. During the show I tweeted that he could have a five star match wrestling himself. You can tell he loves this role and puts in time and effort on his character. I just hope he can remain over once his stunt double days are over.

Roman Reigns Makes The Save 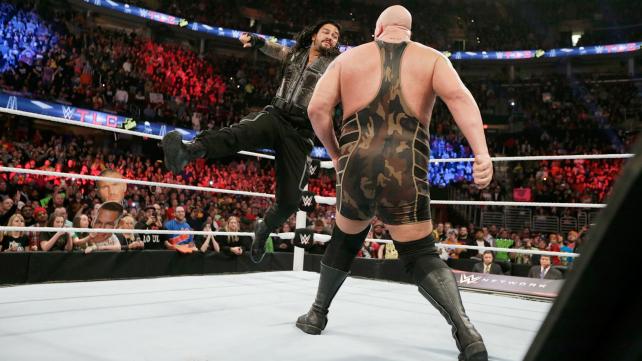 I know many of the Internet Wrestling Community have soured on Roman Reigns. Especially after CM Punk’s second appearance on the Art of Wrestling Podcast where he mentioned he was told to make Reigns look strong at last year’s TLC pay-per-view. I like Reigns and I believe he has what it takes to be a larger than life superstar. Right now it looks like he is slated to be win the Rumble and headline Mania with Brock. If that’s the case Reigns has about four months to show the whole world why he is the next “it” guy. I’m also happy Reigns made the save because I did not want Rollins to win because I didn’t want Cena in the Rumble. 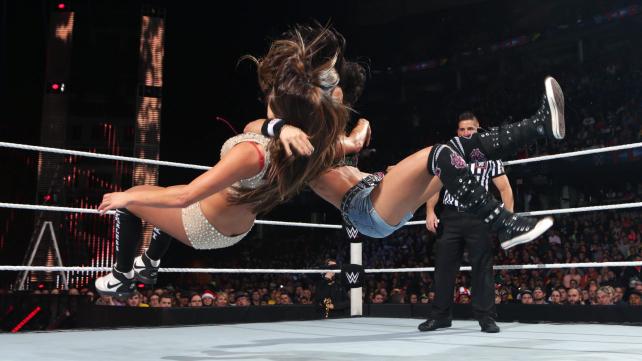 Last month AJ and Nikki only had a 35 second match. With there  only being 5 matches on the card last month you would think they could have given these ladies more time to work. At TLC they were given seven more minutes and were not placed in the “death spot” before the main event. It wasn’t the greatest Diva’s match but it was decent. The only way Divas like Nikki and Brie are going to have better matches are if they work longer matches consistently. Remember Trish Stratus? She was not an overnight sensation. It took her time and working several matches to become one of the best Divas in WWE history. 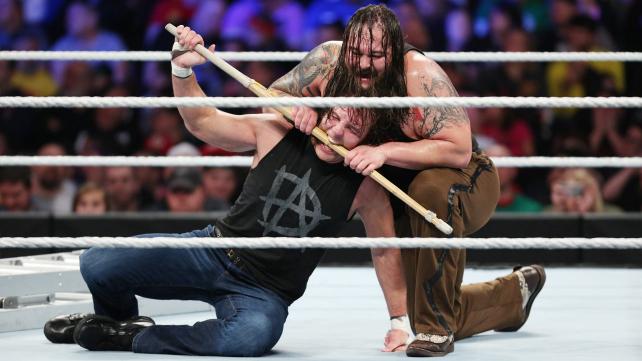 I was very surprised when I say the Cena versus Rollins graphic after the Big Show and Eric Rowan match. At that moment we all new that Ambrose and Wyatt were closing the show. This is a sign that WWE realizes it’s time to start investing the future. John Cena will only get you so far. Wyatt and Ambrose had a very good TLC match. I gained more respect for Wyatt after taking three elbow drops through tables. I wasn’t a fan of the ending of the match. I like the idea of Ambrose doing something crazy that costs him the match but, they should had Wyatt move on that last table spot. I feel that would have been better than to have a TV explode in his face. 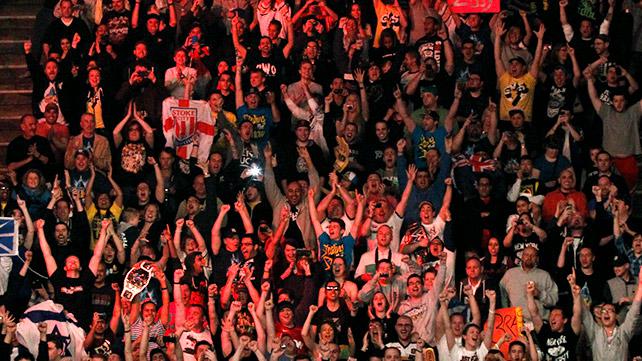 Was the concession stand handing out NyQuil? The Cleveland crowd was horrible! After the first two matches they were pretty much dead. All of the matches would have came off better if the crowd made some kind of noise. There was barely any pops for all the crazy spots that were happening. I’m not going to completely blame the crowd for the performance of the pay-per-view but, they could have made the show better. 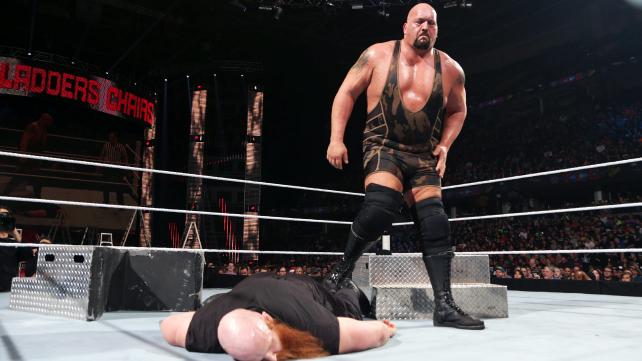 I don’t understand the purpose of Big Show beating Rowan. What does Big Show earn from this victory? I felt this was Rowan’s win. If they’re not going to push Rowan then maybe they should have just kept him with Bray. Hopefully Rowan will be booked stronger going into the Royal Rumble.

John Cena vs. Brock Lesnar Promo Video Out Of Nowhere 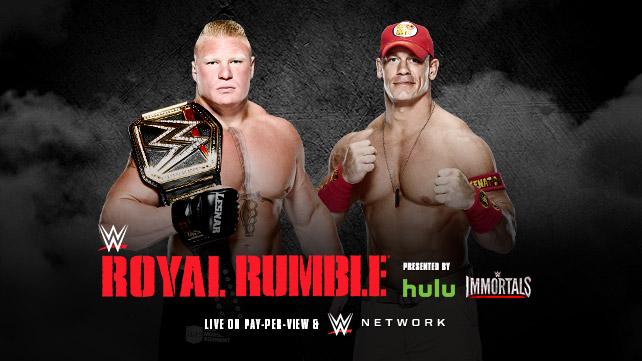 I’m sure the production crew knew ahead of time that Cena was going to be winning and worked hard to put together that video for their match at Rumble. I think they aired it way too soon. They should have just aired it the next night on RAW. 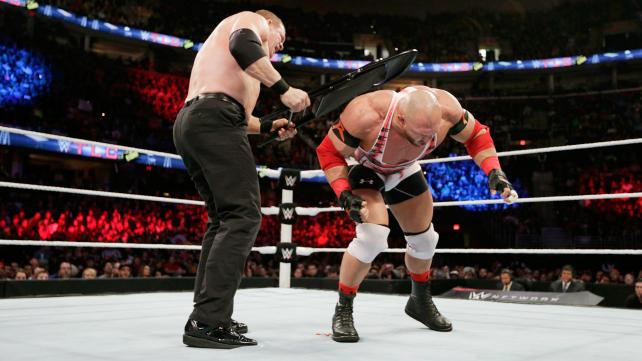 The Authority is out of power and Kane is no longer the Director of Operations, so why is he still wearing the slacks? If Kane has no reason to be “corporate” anymore shouldn’t be return to being the Demon Kane? 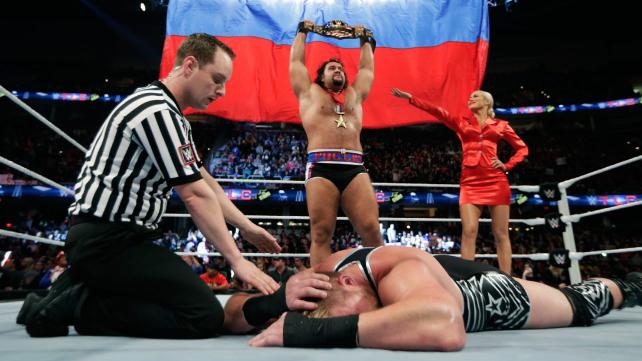 Did we run out of midcarders to feed Rusev? They could have picked anybody else but, they chose Swagger again and had lose the same way he did at SummerSlam. They should have saved the Swagger rematch for later down the road where Swagger could finally get his revenge and defeat Rusev.

What did you think of WWE TLC 2014? Sound off in the comments below.