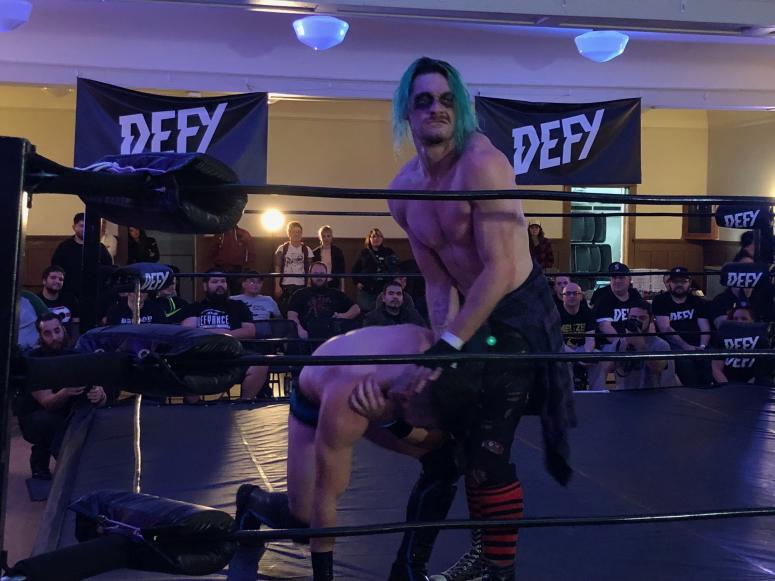 Theo Francon is a wrestler from the Canadian indies many may not have heard of, but if they are fans of humor and drama they should take a look at work. He performs under the name Randy Myers, mostly as “Ravenous” Randy Myers and has been in the industry for over a decade now, beginning with Bruce and Ross Hart’s incarnation of Stampede Wrestling where he was a true standout performer despite some feeling he was playing a clownish character perhaps not deserving of his talent. Nonetheless, he went on to hold numerous championships for the promotion and developed a longtime bond with the Hart family.

Many of the younger performers at Stampede at the time they felt they were not allowed the freedom they wanted which was what ultimately lead to the promotion not lasting for many years. (This is beautifully chronicled in the book Pain and Passion.) And like most of them, he moved on to other promotions, mostly making a name for himself Elite Canadian Championship Wrestling where he has been Hardcore, Tag Team, and ECCW Champion. By the later 2000s, he was even offered a WWE developmental contract at a time when it was rare for independent workers to get one, but this eventually didn’t pan out and he continued to do his best work for ECCW even today.

Beyond wrestling, Francon is also a prolific actor in many Canadian short films and independent productions. His best work can be seen as the main character in the dramedy The Weirdo Hero where Francon draws from personal experiences as he plays a wrestling champion battling depression, in this film personified as a bothersome cartoon animal who torments out a titular hero.

Francon’s performance is engaging and touching with a tinge of humor. It’s hard to see anyone else in the role after watching the film. With this in mind, it’s not so odd that he has also branched out to comedy as well after all most comedians draw from a painful place with their best work.

Randy Myers is an all-around outstanding entertainer who I would watch doing most things, and I feel more people need to discover his work.