Which Ring Of Honor Wrestlers Will Be The Next WWE Superstars? 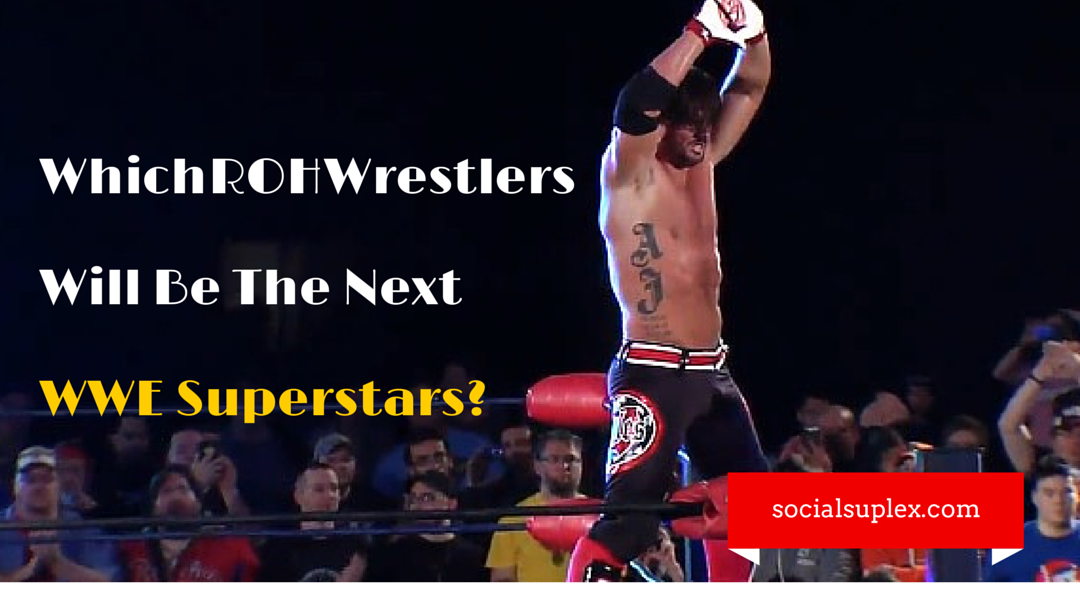 Cesaro, Seth Rollins, Daniel Bryan, and Luke Harper. What do all these men have in common? They’re all stars in WWE and also all these men were stars in Ring of Honor. Some are considering Ring of Honor the unofficial development territory for the WWE. Currently in NXT former Ring of Stars Sami Zayn and Kevin Steen are anxiously waiting for their opportunity to be on the WWE main roster. Obviously someone in Talent Relations is keeping a close eye on Ring of Honor, watching to see which wrestler would make potential WWE Superstars. 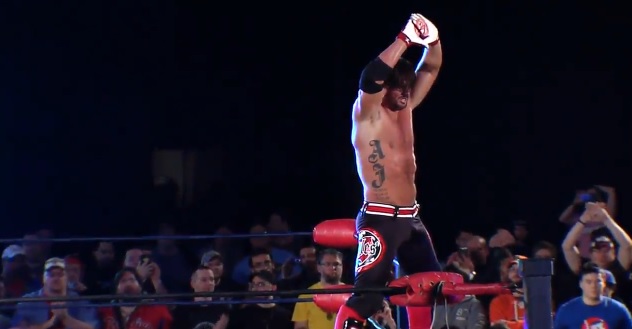 Since leaving TNA, The Phenomenal AJ Styles has been competing in Ring of Honor and New Japan. AJ is one the best wrestlers in the world today. With AJ’s years of experience and popularity you would think WWE reaching out to him would be a no brainer. Rumor has it that AJ is “too old” to sign with WWE. AJ is 37 years old, which older than a lot of the recent signings by WWE. But AJ has a lot left and the tank and could be a main event star. Another rumor is that WWE doesn’t want AJ because he is a former TNA star. Which could be true since there has been no TNA stars signed to WWE with the exception of Christian and R-Truth who were both WWE stars before they went to TNA. It would be shame if these restraints are holding AJ back from a future in WWE.

How I Would Debut AJ

I would have The Authority give a severe beat down to John Cena and Dean Ambrose, Then the lights go out and come back on to reveal AJ Styles. AJ would out maneuver The Authority and make the save for Cena and Ambrose. Which would set up a 6 man tag between The Authority Cena, Ambrose, and AJ.

One of the best tag teams in the world and former Ring of Honor World Tag Team Champions. For the last ten years, The Young Bucks having been winning tag team championships around the world. This past year they’ve been the IWGP Jr., PWG, and Ring of Honor Tag Team Champions. The Young Bucks have appeared in WWE in the past as enhancement talent. In August of 2011 they received a tryout which was surrounded by reports that they weren’t respectful backstage and wouldn’t shake Booker T’s hand. It seems whatever beef the Young Bucks and Booker T had was squashed. Hopefully the doors will open one more time for The Super Kick Party!

How I Would Debut The Young Bucks

At a NXT Live Special I would have whoever the current NXT Tag Champions are at the time throw out an open challenge. The open challenge would be answered by The Young Bucks and they would win the NXT Tag Titles their first night in NXT. They would have a year long title run and finally lose the titles to the next team on this list.

Dem Boys from Sandy Fork, Delaware are a record 8 time Ring of Honor Tag Team Champions. They are the greatest tag team in Ring of Honor history and one of the best tag teams in the world today. They received two WWE tryout in 2009. They were turned down because they were not “comestically pleasing” for WWE Programming. 5 years has passed by since then and the Briscoes have raised their game every year. Even showing that he can be great single wrestlers, as Jay is the current Ring of Honor World Champion and Mark is a former Ring of Honor Television Champion. Hopefully WWE reevaluates the Briscoes and see that their look is unique and their in ring work is superb.

How I Would Debut The Briscoe Brothers 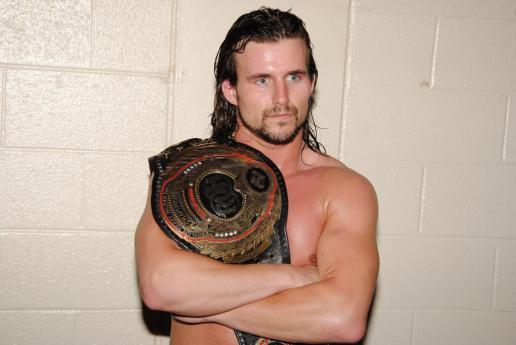 What a transformation Adam Cole has gone through since his Ring of Honor debut in 2009. He started out as part of the Future Shock Tag Team with Kyle O’ Riley. After the team disbanded he broke out as a singles wrestler and won the Ring of Honor Television Championship in June 2012 and winning the Ring of Honor World Championship in September 2013. Great accomplishments for Cole at only age 25. As long as he stays healthy he will have a long bright future. Cole received a WWE tryout in February 2013. For whatever reason WWE was not ready for Adam Cole. This gives more time for Cole to improve and be even better the next time he has a chance to work in front of WWE officials.

How I Would Debut Adam Cole

Before making his NXT debut I would have a series of vignettes interesting the NXT Universe to young cocky star. Then at a NXT live special I would have Cole debut in NXT by interrupting a Sami Zayn match, costing Zayn the match. I would then have a 3 month program between Zayn and Cole which would prepare Cole for a NXT Championship Match.

Prince Nana is one of the greatest managers in Ring of Honor history. He’s most known for managing his stable known as The Embassy, which gone through changes over the years. Nana received a WWE tryout in June of 2013 but, was not offered a deal at the time. Nana has great on screen presence and is a great talker. WWE could easily implement in NXT or the main roster managing superstars who need some life injected into their character.

How I Would Debut Prince Nana

First I would  a series of vignettes introducing the Prince Nana character. Then I would have Prince Nana start evaluating matches of different superstars every week on Raw, Main Event, and Smackdown. After a few weeks of evaluating I would have Nana get in a confrontation with John Cena. As Cena gets ready to deliver an Attitude Adjustment to Nana I would have Big E, Kofi Kingston, and Xavier Wood make the save and beat down Cena. Nana would then reveal that Big E, Kofi, and Woods are his new Embassy and they’re going to take over the WWE.

Which Ring Of Honor wrestler do you think should be a WWE superstar? Sound off in the comments below.