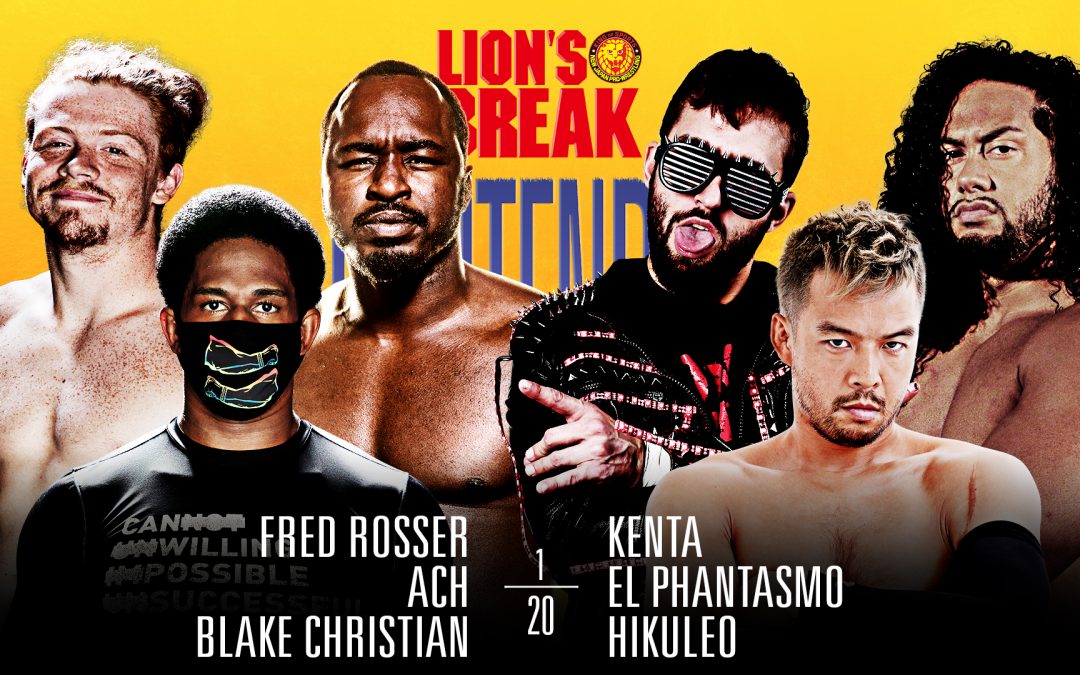 Hey Everyone! I’m back with an NJPW Strong preview. Let’s have a look at what Road To Lion’s Break Contender Night Two has to offer.

The first match is Misterioso taking on Barrett Brown in one of two singles matches tonight, Misterioso has been mainly been stuck in tag matches most of Strong. Apart from a short time feud with Karl Frederick, he has mainly been involved in multi-man matches against Bullet Club. As for Brown he’s been on and off on Strong last being involved in Lion’s Break Crown Tournament losing to Danny Limelight in the first round. A win here for both men would help push them up the card. This should be an interesting meet up in competition.

Prediction: Misterioso picks up the win.

The other singles match features The Fil-am Flash against Adrian Quest, TJP was last seen competing in Super J-Cup losing to ACH. He has been mostly been feuding with Bullet Club with his last match on Strong being a losing effort against HIKULEO, As for Adrian Quest he is someone I’ve been impressed with but again similar to Barrett Brown has not been on since November. Similar to Barrett his last big match was in the Lion’s Break Crown tournament losing to Blake Christian in the first round. This should be a fun athletic junior heavyweight match and might be the best match of the card.

Prediction: TJP picks up the win.

In the main event, the USA Main Unit will clash with the Bullet Club. Fred Rosser has been from what I’ve seen the main man of Strong with an NJPW Strong Match Of The Year against Tom Lawlor. He teams with ACH and Blake Christian who both made strong impressions at Super J-Cup but both lost to the man who is making his Strong Debut in El Phantasmo. After losing to Hiromu Takahashi at Wrestle Kingdom, ELP will want to get back to his winning ways. KENTA will want a win here to continue his momentum for his eventual match against Jon Moxley. As for HIKULEO, he will want to continue his undefeated streak since showing up on Strong. This will be a fun main event for Strong with some high flying action and everything in between.