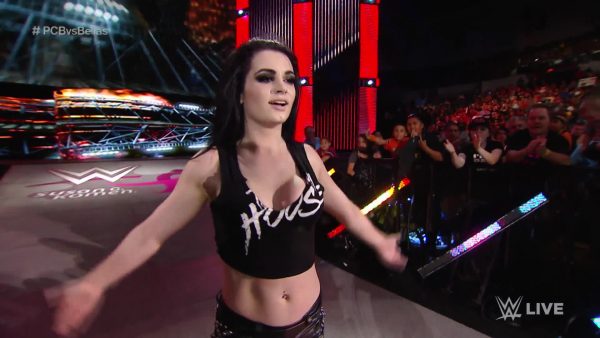 What’s up Social Suplexers? Your boy Robb is back wit the Shoot of the week, reporting on all the hot news in the world of the WWE! I’ll be dropping anchors throughout the week as we gear into the second biggest set of days of Vince’s promotion, the WEEK OF THE RUMBLE. Raw 25 is coming Monday, the Rumble the Sunday after, and we will finally have a true picture of what Wrestlemania will look like this year. With that being said, let’s get into the reports.

This is a sad one. The company finally acknowledged Paige’s neck injury and stated that she will no longer be competing in the first ever Women’s Rumble. This is incredibly heartbreaking, but if Paige was wrestling on borrowed time, I much rather see her taken out of the match then her have a tragic moment IN the match, tarnishing what should be a magic night.

Goldberg to the HOF

With a successful run with Brock Lesnar to erase the taste of Wrestlemania XX (almost), Goldberg has gotten the tap to headline the Hall of Fame class of this year. Well done in my opinion. I’ve aways liked Goldberg as an one of a kind talent and its great to see his due get paid. Chime in with your thoughts below.

War Machine and Richocet have both been formally announced as joining the WWE, it is yet to be seen if they will be headed to the main roster or shooting it out on NXT. I personally think that the announcement of the talent was definitely a litmus test on the WWE’s part to gauge fan interest in all prospects, and with Richocet having a tiff with the Street Profits on Twitter, I’m inclined to say he will be NXT bound. Pete Dunne though, is a different story. He was recently pulled from indie events this weekend, all but signaling a Royal Rumble spot. This is dope, and I hope 2018 is the year they shine a light on the UK Strap, a superior belt to the purple one Enzo is holding for now.