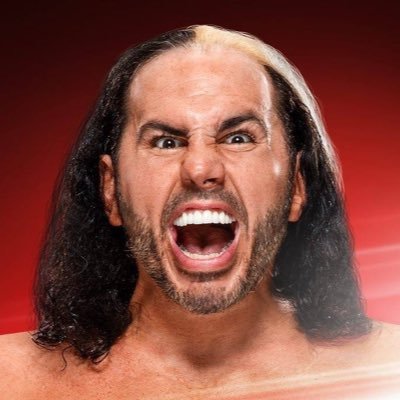 Good afternoon, Social Suplexers! This has been a busy week in the WWE, with a lot of moving parts and gears shifting everywhere. So let’s get into the Shoot, your intellectual feed on the news, for the week of 12/2!

The WWE gets super weird around the time between Survivor Series and Royal Rumble, the two Big Four PPVs that have been since outclassed by Money in the Bank. The fact that there is this much new news floating out there is a godsend, because even some diehard viewers such as myself tend to tune out. Matt Hardy finally, by at the looks of it, starting his new gimmick (alongside Jeff presumably, once he’s back off the bench), is DELIGHTFUL. I was personally worried that with the Hardy seemingly doing there comeback final run with the company that Vince wouldn’t let the BROKEN/WOKEN gig fly, but here we are. Just in time as well, with the Hardy treading water nowadays solely based off their talent and legacy, a la Randy Orton.

With the Balar debacle going OVER the limit in the rumor mill, it seems to have left Lesnar without a dance partner at the Royal Rumble. Look, it really doesn’t matter who the company throws in front of Lesnar, they’re going to lose. The company has conditioned smarks to suspect that no one can kill this man with the exception of Roman Reigns, who’s basically dead set to brawl with the Beast Incarnate come Wrestlemania. Personally, I would love to see Finn finally get the title shot he kayfabe deserves, and a Finn/Reigns main event at Wrestlemania sounds way better. Brock is their money maker, however, so we will see Lesnar/Reigns 2 next year. But, this does not excuse them from not putting the title on the line with Lesnar come Rumble time.

Bryon Saxton announced three title matches for Clash of Champions this week. Natayla vs. Charlotte (of course, rematches), Usos vs. The World’s Greatest American Tag Team Alpha v. 2 vs. The New Day (multi-multi), and Corbin vs. Roode…vs. Ziggler (the WWE sure loves their triple threats and fatal four ways, huh?). Let’s break this down, shall we?

NXT is set to air on the USA Network coming December 13th. That’s it. Just a listing on local cable providers. Is this a one time deal, a trial run, or a misprint? Time will tell and we will keep you updated here. I personally feel as though this is probably a one time one off, but, for what end?  NXT is great on the Network and provides it a key reason to keep it at $9.99. Move it off the Network and your casual viewers will only watch Network events…seems like a waste, right?

Multiple sources are reporting the legendary Jim Johnston, man behind the second best Kane theme, has been ousted from the company. The CFO$ guys seem to be the the number ones at this point, and I mean, I guess. Times change, sounds change, and Jim had been with the company for 30 years. It’s apart of the game. The Singh brothers also have been seemingly kicked to the curb as well. The former Bollywood Boyz were allegedly written off TV on this Thursday’s Smackdown. Let’s hope Jinder doesn’t find better cronies and can get placed out gracefully from the title picture via AJ Styles come Clash of Champions. In any case, shout out to those #futureendeavored.

And that’s our wrap up, other than Ronda reportedly training. We know it’s coming, it’ll be cool. Not much smoke there. Catch you next week with more popping news and options, here at Social Suplex!