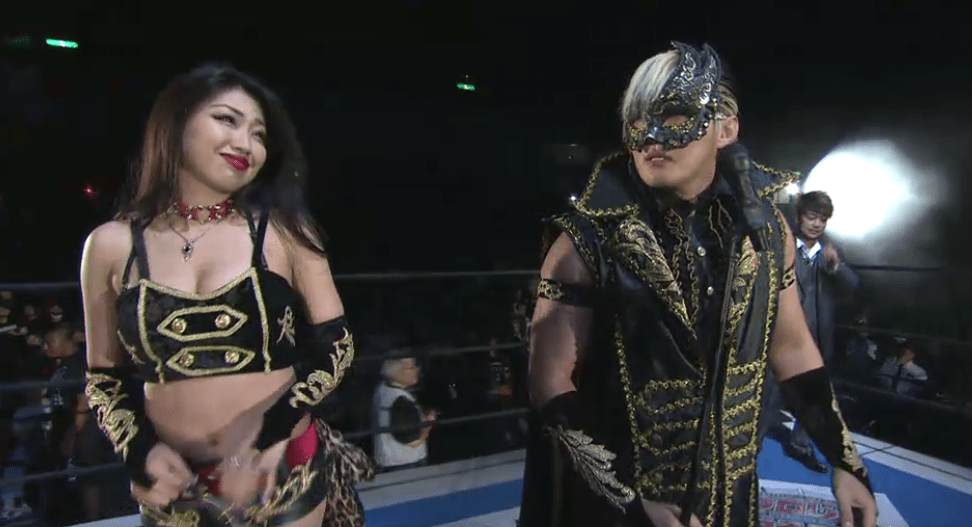 Before I start this article, I’ll let it be known that I have been riding the Taichi bandwagon for almost a year now. What started as an ironic love for just how much he could piss people off has transpired to unconditional love for his character, crowd interaction, and overall package (not literally).

When the news broke at the final New Beginning show that Taichi was moving to the Heavyweight division, it was fair to say the response wasn’t exactly a Kim Kardashian nude selfie level of breaking the internet, but rather a lukewarm response with a lot of scepticism as to whether Taichi, a borderline filler act in the Junior division, could translate his comedy shtick to the Heavyweight’s without it coming across unnaturally. Couple this with the fact that his first match was against one Tetsuya Naito and the wrestling world didn’t exactly explode at the thought of seeing one of the most-liked current wrestlers step up against Taichi of all people.

Fast forward just two short weeks, and two great singles matches, and suddenly Taichi is having one of the most interesting developments a character has had since I started watching New Japan. Gone are the ‘Go Home Taichi’ chants (to an extent), and here to stay are the ‘Let’s Go Taichi’ choir. In fact, the crowd has shifted so much, a large portion of fans wanted him to win so much against Tanahashi (me included), that The Ace was actually the crowd’s second favorite, something that is seldom seen being that Tanahashi practically saved the company during the dark ages.

Now, I’m definitely not saying that Taichi should be main evening WrestleKingdom and break Okada’s longest title reign record, but what I am saying is that this Taichi we’re seeing now, is twice the one we saw in the Junior Division. Yes, the character is basically the same; we still see the poor lip-syncing, the Suzuki-Gun interferences and everything you’ve probably come to expect now in any match from a Suzuki-Gun member, but it seems like it’s on a greater scale. There’s something more exciting about Taichi almost pinning Naito and Tanahashi than seeing a BOSJ match against TAKA. Everybody loves an upset victory and an underdog, and Taichi is the cockiest form of that you can get, and he is currently being booked perfectly. However, if you’d allow me, let me tell you where I would go from here with the god of Blonde/Black hair.

It’s a tough one, the heavyweight division is saturated with top-tier talent right now, and with younger guys like Jay White and Juice Robinson on the rise, it’s hard to see where Taichi finds his niche. However, with the G1 coming up, he’d be the perfect entrant to play spoiler to top stars.

n the G1, stars like Bad Luck Fale, Hirooki Goto, Sanada, and EVIL have to drop points somewhere to avoid them winning blocks against the likes of Kenny Omega, Kazuchika Okada, Hiroshi Tanahashi and Tetsuya Naito, and what better person to take these points off them than a slimy heel like Taichi. Roll-up wins, interferences and lucky finishing moves, he’ll be hated for sure, but it adds a sense of unpredictability to the G1 and allows for an entertaining tournament.

From there, he can be used to help further build up the likes of Juice Robinson, Sanada and at some point, Toa Henare, whilst still scoring a few upset wins. He’ll never be a top star or even a champion, but he’s a useful and investible heavyweight with a lot more use here than he was to the Junior’s