The Blueprint is Underground 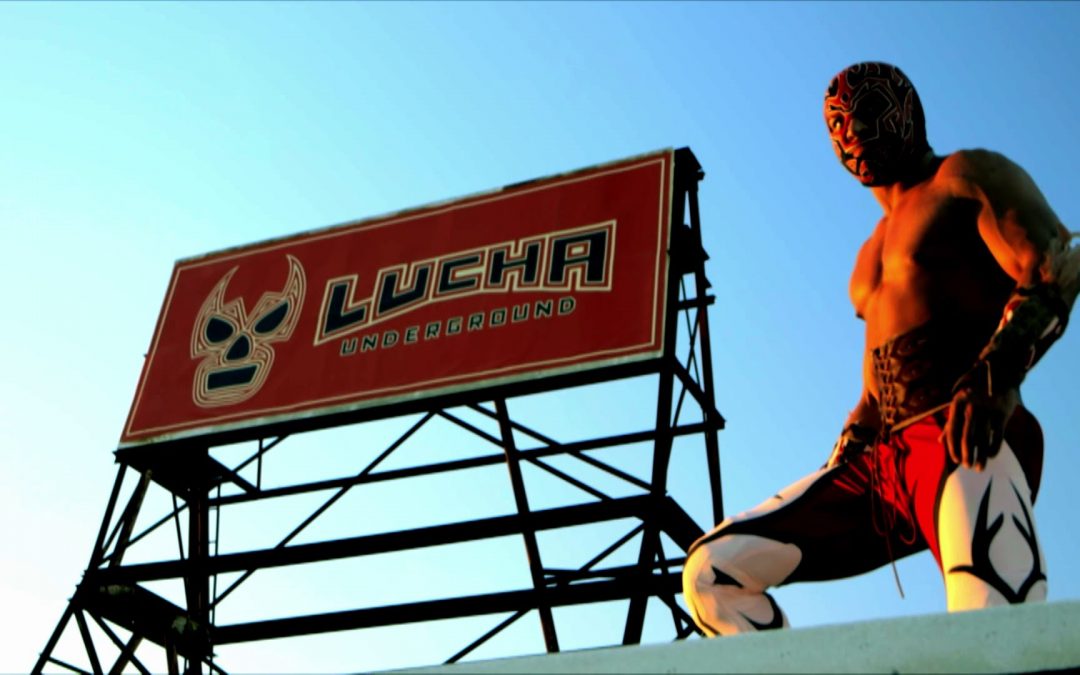 You can lead a horse to water, but you can’t make it drink. Everyone has been talking for weeks about WWE’s declining ratings and even further back it’s bad booking, terrible writing, and overall quality. Some people are confused as to how this can happen by the same company that brings us NXT every week.

Others blame Vince McMahon and while it’s obvious he’s a micro-managing control freak, what others might not be picking up on is that it’s most likely a series of corporate stooges and yes men behind the scenes equally to blame.

Things probably won’t change anytime soon because, as CM Punk said, WWE is going to make money despite itself. Most people who’ve worked in corporate environments might have had similar experiences and thoughts.  The best corporations have the right people in marketing and sales to ensure that it can hang around even when delivering an inferior product.

I don’t think anyone could rationally and honestly state that WWE is putting out the best wrestling show to date but there is still hope. There are some other products that have come out that it could learn from and incorporate into its day to day product. This won’t fix everything because until they address the booking and writing issues behind the scenes it still will have its issues, but we can at least make the product more exciting.

I would argue that when it comes to sports entertainment that Lucha Underground was doing a better job of producing a wrestling show than WWE was. It had Aztec gods, time lords (Aerostar), a gauntlet of power, gangsters, and even an authority figure that we all loved.  It took a few episodes before it really took off but by the time Grave Consequences aired people were hooked.

Grave Consequences had the undead Mil Muertes with Catrina (a goddess of death) feuding with Fenix (a man who always comes back to life when he dies).  The gimmick here was the day of the dead and the winner stuffs the loser into a casket and is carried off by people dressed in the day of the dead elaborate outfits.  It was over the top and they went back to it a few times in their feud but each time it was amazing and you able to suspend your disbelief because you were having so much fun.

Lucha Underground had people die, come back to life, go back in time, summon gods, get possessed, and probably some other things I can’t remember but even if WWE doesn’t want to go to crazy with their stories they can at least be more entertaining with what they’re putting out there.

Let’s go over a few things they could learn from Lucha Underground:

1) Stop going for heat at the expense of making sense.

Lucha Underground had an authority figure in each season and no one complained.  In fact, Dario Cueto was one of the most popular acts.  Partly because he always did things in his best interest and those interests often time lined up with the fans.  Dario was running a show and wanted violence because he knew that’s what the people wanted.

He was the bad guy, but he was a bad guy that made sense.  So, he would come out to non-finish matches and extend them or put together impromptu matches, not just to screw over the babyface but to put on an insane show.

The point?  You can do an authority figure or any type of bad guy, but the logic has to be consistent.  Just having the authority figure screw over the baby-face for no reason makes no sense if they ruin a good show.  If the CEO comes down and the storyline is he doesn’t want the most popular wrestler involved in the show or main event it makes no sense.  We know they’re trying to get our money so how does this make sense?

2) Forget the reality format and go with some style.

Every. Single. Show. (and PPV) at the WWE just looks the same and it’s boring…  The backstage promos are all shot the same; the show starts out the same with people coming out to talk and interrupting each other.  How many times have you seen someone watching backstage facing the camera, but head tilted to the side to watch a monitor like no normal human ever would?

Lucha Underground used pre-taped promos and backstage skits filmed the same way a movie would.  Sure, their production values were low, but they would use harsh or grainy filters at times to make it look bleaker and more dangerous.  The locker room was decrepit, dirty, and falling apart.  Segments filmed outside were at night with all the city lights and smoke to give it a criminal feel.

Everything was filmed to give it a certain edgy style that only made the more violent matches seem even more hostile. Would it kill WWE to use that sweet Saudi money to put up some props at a PPV?

3) Do some pre-taped promos and do some packages for debuting acts to get us hyped.

Lucha Underground got us excited for the… Rabbit Tribe.  By the time they finally debuted you couldn’t wait because you’ve seen backstage promos and segments between them and other wrestlers hyping them up.

Matanza was locked in a cage for most of his time in Lucha Underground and was billed as being too dangerous to be let out.  Dario Cueto would feed him other wrestlers and victims from time to time just to let us know he was a killer.  So, when he hit people with his finisher it was believable that he could squash other wrestlers so easily.

Season two of Lucha Underground started with Mil Muertes sitting on a throne atop a pile of bones made from the dead bodies of the band that would play from season one.  It was something out of mortal combat and it was amazing.  He was the big bad guy and he would sit from atop his throne watching each match like an evil creepy god.

This made it all the more exciting when Pentagon broke his arm later in the show to set up a feud and oncoming battle between the two evil beings.  Compare that to showing a holographic of worms inside the ring.

Some people might point out that Lucha Underground is way too unrealistic for them and that the constant deaths may have been over the top.  While it was very unrealistic you have to remember that this didn’t deter from the product.  Lucha Underground knew it was sports entertainment and didn’t go for the same sports-centric feel you would get with NJPW.

Instead, it went further with the idea of a television show that had wrestling in it just like WWE goes for.  It knew what it was and embraced a lot of b-movie gimmicks and had electric guitar sound effects when the Worldwide Underground did air guitar in their matches.  I didn’t apologize and set a goal to provide fun and awesome shows.

Also, keep in mind one of WWE’s biggest WrestleMania gimmicks centered around an undead zombie man.  Also, his brother-controlled fire and Vince McMahon’s limo exploded once.  Paul Bearer was killed when he was buried in cement.  Lucha Underground just took sports entertainment farther in the entertainment direction and didn’t look back.  WWE is stuck in their reality era and it’s not helping.