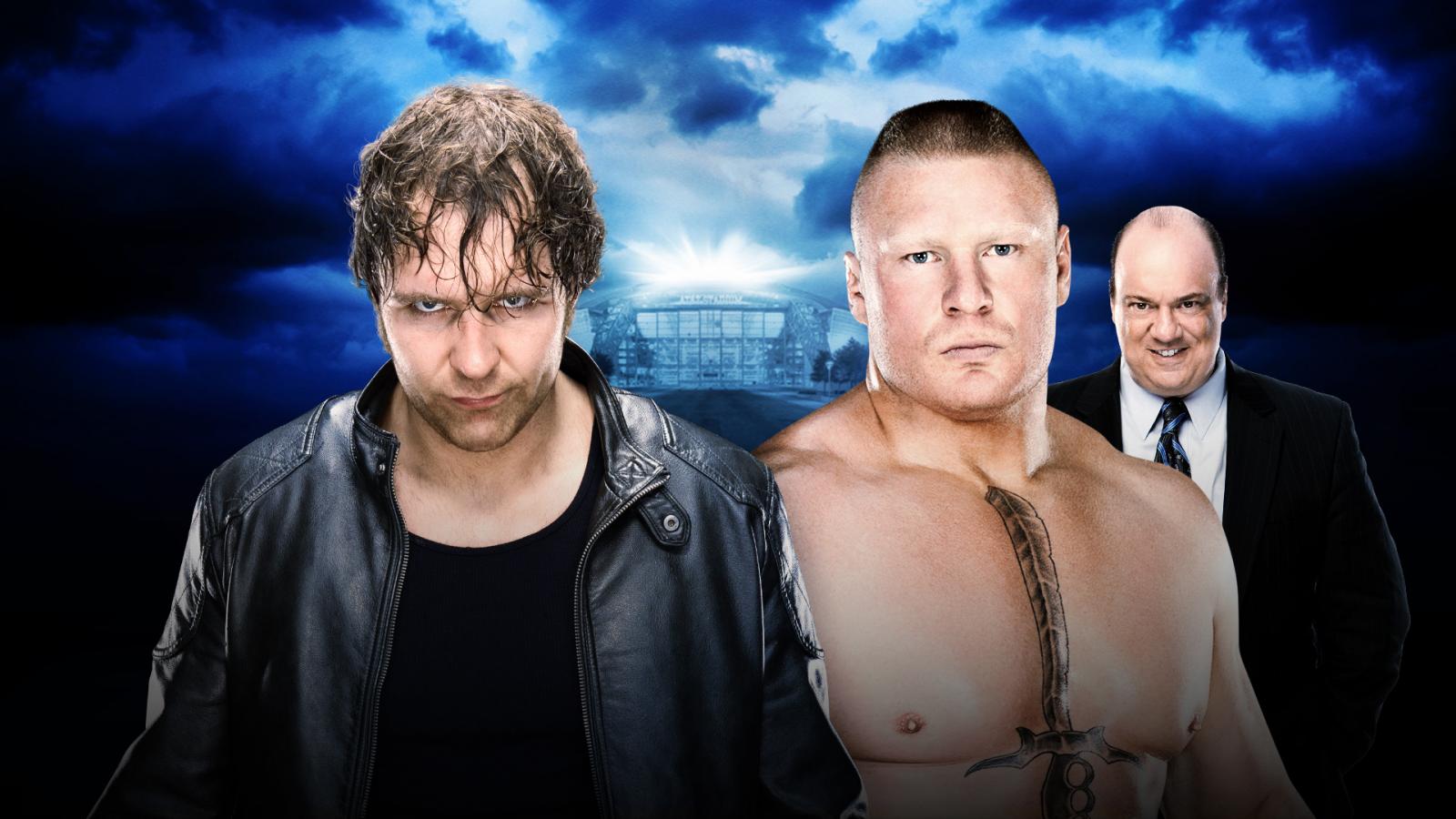 The Lunatic Gets His Wish, Will Face Brock Lesnar at WrestleMania 32

You can say this feud has the recipe to strike pure gold with the fans. Quite frankly, Ambrose vs Lesnar is more deserving of Wrestlemania than Bray Wyatt vs Brock Lesnar.

Don’t get me wrong, this is no dis on Wyatt, I think we would have been looking at a great build up, promo magic and a great match but the difference here is that “The Lunatic Fringe” has had better interaction with Lesnar since day one. Here’s the kicker, Ambrose is red hot over right now. I believe the former Intercontinental Champion is the guy to fill Daniel Bryan’s shoes as the top WWE superstar fans can relate too.

I for one, am very excited about this feud. From the moment the triple threat match was announced for WWE Fastlane, Ambrose and Lesnar took center stage. Really we all knew Roman Reigns was going over to conclude the storyline with HHH that started back at Survivor Series. Ambrose was defiant, standing up to Lesnar at every turn, in response Lesnar dealt out beatings. Then at Fastlane, Ambrose with the steel chair shots sealed his WrestleMania showdown with “The Beast.”

Last night was fantastic, starting with Ambrose going through a car windscreen up to him returning later in the ambulance. I thought the walking over of Ambrose’s face was a great touch by Lesnar and then the challenge by Ambrose and the F5 acceptance by Lesnar.

If Lesnar, Heyman, and Ambrose are given free reigns to build up, we are going to see one of the best storylines in WWE in recent history. Heyman’s and Ambrose’s promos are going to be magic. Hands down, the 2 best mic men in the company today. This feud has a chance if done right, to put Ambrose on the same level of stardom as The Rock & Stone Cold Steve Austin.

Definitely, the match that may very well steal the show at Wrestlemania. Who do I see winning? Really it’s an open verdict right now. Lesnar or Ambrose, whether they win or lose will not hurt them in any way. It’s true what they say, “The Beast Incarnate” is a special attraction, where Ambrose is without question the top babyface in the company (surpassing Reigns in that role).