The Problem With SmackDown’s Heels 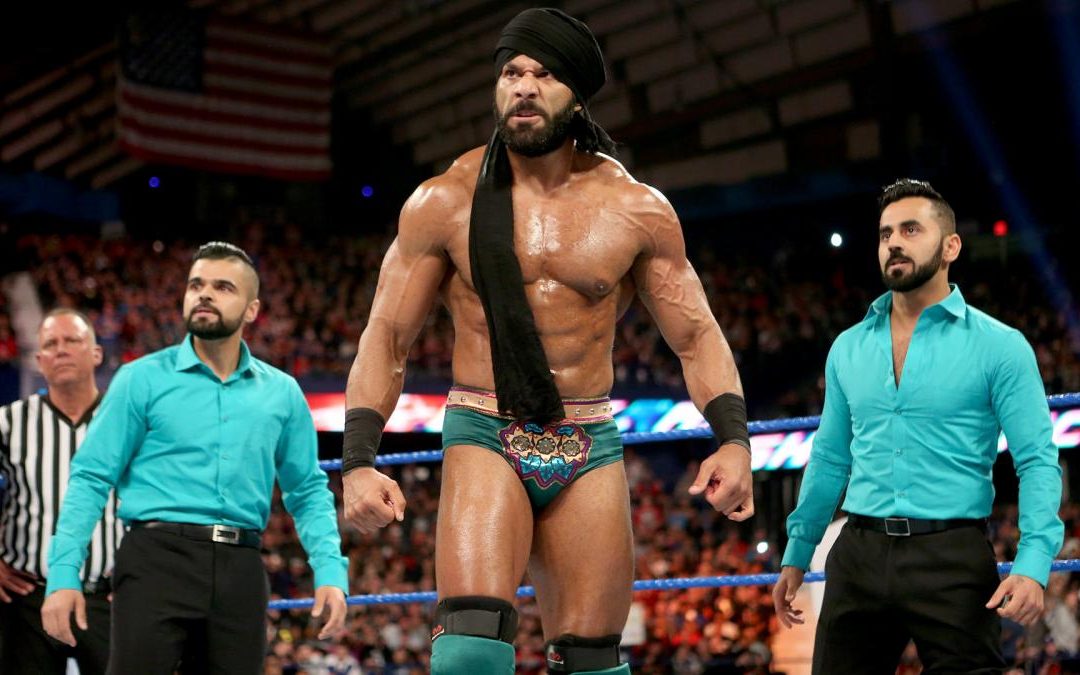 When the Brand Split was revived in 2016, many fans were looking forward to the different dynamics and possibilities that both shows would provide. And while Monday Night Raw would decline in quality, SmackDown began to rise. Raw managed to beat SmackDown in the ratings and viewership, but SmackDown managed to beat Raw in just about everything else. The 2-hour program wasted no time in establishing characters, setting storylines in motion, and giving the fans quality matches. But perhaps some of the best things about SmackDown were their heels.

SmackDown was home to a diverse cast of heels with unique perspectives and motivations. AJ Styles, one of the best wrestlers in the world, was hellbent on getting the recognition and respect he felt he earned over his 18-year career. He went toe to toe with the some of the biggest names in the industry and came away with more victories than losses. His brash and boastful attitude was enough to get on the nerves of any casual fan, but the body of his work spoke for itself and earned, even more, admiration from the hardcore fans who wondered whether WWE would allow the Phenomenal One to reach his potential.

Then you have The Miz, a wrestler who had won multiple titles by 2016 but never felt like a big deal. He had won the Intercontinental Championship earlier that year, but felt like the same guy who many fans thought peaked in 2011; when he played second fiddle to The Rock and John Cena despite being the WWE Champion. But one scathing promo against Daniel Bryan on Talking Smack was enough to set The Miz apart from the rest of the roster and made him into the star fans now perceive him as. His arrogance grew, his matches improved, and his promos were damn-near untouchable. SmackDown managed to reinvigorate The Miz and even made some fans wish for him to once again becoming the WWE Champion; something no one would believe if told as recently as two years ago.

The next major heel that would rise to the top would be Alexa Bliss, an NXT call-up who many fans had mixed feelings on. She wasn’t considered a bad wrestler, but the fans would’ve preferred to see Bayley get that spot instead. What set Bliss apart was the change in her appearance which resembled Harley Quinn from the Suicide Squad movie. It got some fans talking, but an appearance on Talking Smack made Bliss another standout who SmackDown saw fit not only to beat Becky Lynch for the title but to become the first two-time Women’s Champion of SmackDown and defend the belt at WrestleMania.

And while SmackDown did have some duds along the way, the vast majority of their heels were interesting; or at the very least, way more interesting than the heels on Raw excluding Braun Strowman. SmackDown remained a consistently entertaining program for many pay-per-views with pro wrestling fans always praising the Blue Brand for their creativity and delivery. The only show where SmackDown’s roster began to show signs of weakness was WrestleMania 33, the beginning of the end for their time as the superior show. Aside from the opening bout between AJ Styles and Shane McMahon, most of SmackDown’s matches were decent at best with the worst match of the night being the WWE Championship bout between Randy Orton and Bray Wyatt. Many fans were hoping that WrestleMania would be the only major setback for SmackDown, but the Superstar Shakeup would be the next move to take its toll on the Tuesday night program.

In the wake of the Superstar Shakeup, which is a horrible name for a draft, by the way, SmackDown lost many of the stars, both faces, and heels, that were key to the brand’s success. The Miz & Maryse, Dean Ambrose, Mickie James, Alexa Bliss, and Bray Wyatt were all drafted from SmackDown to Raw. Styles remained on the show, but his face turn removed yet another heel from the mix. The promotion would gain heels like Kevin Owens, Rusev, Lana, and Jinder Mahal, but they would soon become part of the aforementioned problem.

Kevin Owens debuted on SmackDown Live with a new tinge to his persona. Instead of being just the prizefighter who did anything for championship gold, Owens seemed to be playing off Chris Jericho’s character from 2009, but with an anti-American twist. His desire to be considered the face of America was obviously a dig at Americans and it was a new take on the character fans had come to know. However, the problem would truly begin when Jinder Mahal rose to the top of the promotion.

Mahal won a six-pack challenge to become the number one contender for the WWE Championship and was dogmatic about American ignorance, their hatred of Indians, and his superiority. According to Mahal, the original promo would’ve touched on his previous gimmick as a disingenuous peace-seeker and would’ve stated how no one paid attention to him up until now. This promo would’ve probably been a great way to get fans interested in the character, but Vince McMahon made the call to rely on the age old anti-American foreigner gimmick

Mahal would cut the same promo for weeks on end and would eventually become the WWE Champion. Despite now being SmackDown’s top champion, Mahal continued his shtick about xenophobia and racism and it was at this point that his similarities with Owens were becoming more apparent. Both men dressed in suits, both men were champions, and the shared the anti-American gimmick. And while there was a difference in the versions of the anti-American gimmick, the gimmicks both men had were the same at their core. Following Backlash, WWE had two sides of the same coin and they were going to have a third addition to this anti-USA binge.

Heading into Money in the Bank, Lana finally made her debut on SmackDown Live and would demand entrance into the Money in the Bank Ladder Match. And in a bizarre move, she was denied a place in the ladder match but was granted several championship matches against Naomi. It goes without saying that Lana’s gimmick is that of an anti-American. If the continued use of the fake Russian accent and the commentators referencing her as the “Ravishing Russian” weren’t big enough indicators, Lana spent majority of her time on the main roster as a Russian patriot who held blatant contempt for the country of her employ. That made 3 heels who all are pretty much the same at their core. But the trifecta wasn’t good enough for SmackDown’s creative team, so they decided to bring it back with a vengeance in the form of our dear old Bulgarian Brute.

Now unlike the rest of the roster, Rusev began his career as a Russian patriot who despised Americans. His gimmick in 2014 was a throwback when compared to Cesaro, Batista, Triple H, Randy Orton, and other top heels at the time. He has continued this gimmick throughout his career on the main roster and went out of his way to remind the fans of his disposition when he confronted John Cena on the 4th of July.

Heading into Battleground, that makes 4 heels with the same gimmick and three of whom openly pontificate their views. Each of whom is involved in major matches in this upcoming pay-per-view and each is likely to remain a focal point of SmackDown going forward. In fact, all four characters are likely to remain the focal points of the show until Baron Corbin and Carmella cash in their Money in the Bank briefcases. But even those heels could be considered problematic due to their generic nature.

Baron Corbin’s character in NXT was that of a man who despised wrestlers from the indie scene. On the main roster, his character isn’t really clear and seems to be the generic heel we always see in professional wrestling. The same could be said for Carmella who’s heel actions involve her manager, James Ellsworth, constantly interfering in matches. Both wrestlers would typically be admonished by fans because of their familiarity, but the fact that they’re the only two heels on the show not doing the exact same gimmick forces them to stand out.

For some reason, this show is obsessed with the Patriot vs. foreigner storyline and it’s not making the show better by any means. SmackDown thrived with a diverse cast of heels and babyfaces, but their latest heels only seem to care about putting down America and the show is suffering for it. The company would be better off forming an alliance of some sort with these four because at least it would make sense. Simply having the similarities without direct ties to each other is annoying, to be honest.

Hopefully, this is the result of the WWE coasting until they get to SummerSlam and they will move on to heels with more variety. But considering we all know the mindset of the man who runs the promotion, this just might be a poor attempt at getting the one thing this company’s always good for…HEAT!