The Shoot for 1/5: Happy Rusev Year 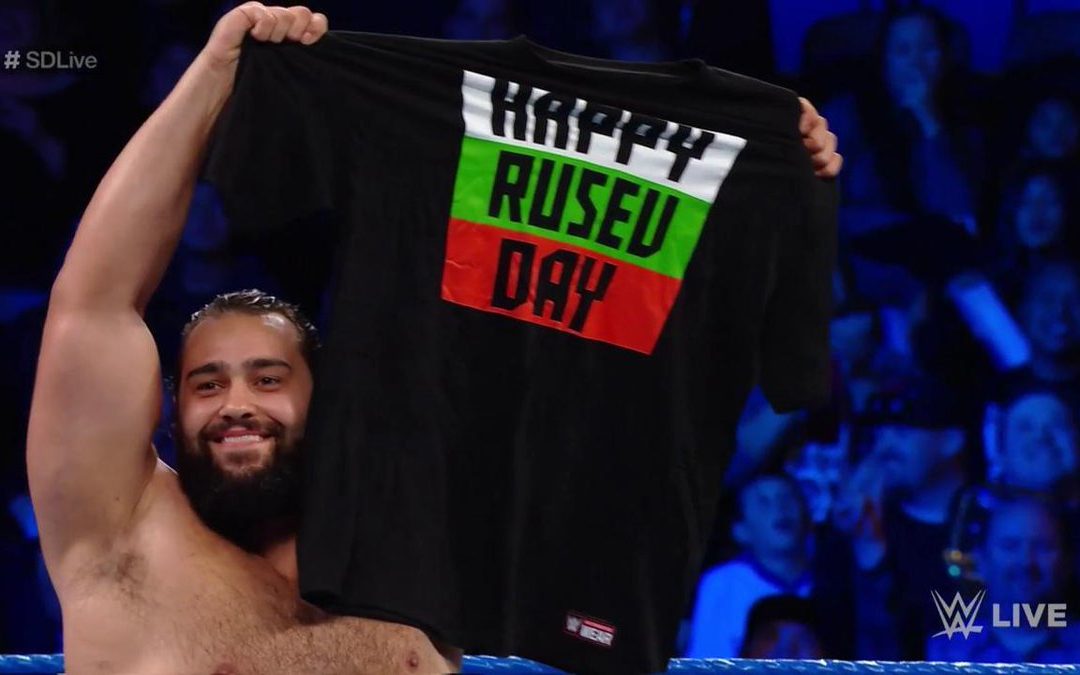 Social Suplexers, welcome back! The Holiday season is finally wrapping up, and we’re back with another edition of the Shoot. As usual, we’re covering all newsworthy angles, rumors, speculations, and reports for the WWE. Let’s get into it, yeah? YEP!

WWE is gearing up for their Mixed Match Contest coming Jan. 16th presented on Facebook Live. It’s already revealed a few of the combinations, including Rusev with Lana and Alexa Bliss with Braun Strowman. The build to the competition is a mess, though. Not To say Kayla be is alive or anything, but the mixing of storylines just to present a short lifespan experiment on a platform that may not work seems like a waster. While this possibly presents a chance for some great couplings (#RobeGang Roode and Flair), I don’t think this will be a breeze like Vince has it pegged to be,

Speaking of Vince, stock has dropped more with the rumors persisting that he will be starting up a new brand of XFL. This possibly can’t go well, as previously noted in an installment of the Shoot. I described an avenue where Vince would let loose of his tight grip on the company to pursue this endeavor, which would let the product blossom. It has been noted that some of the creative decisions placed on the talent’s backs in recent years have been questionable at best. However, what if we got a reality where Vince pulled double duty on both companies? It wouldn’t take a genius to hazard a guess that both products would suffer. Let’s hope for the best.

In his latest interview, Daniel Bryan expressed that if the company doesn’t let him wrestle by Wrestlemania (T-Minus a few months), then he wouldn’t be wrestling for the company for sure. Now, while we’re concerned with Bryan’s health as everyone else is, it has to be disappointing hearing this. He’s been cleared by multiple doctors around the nation, and his current “are we, aren’t we?” beef with Shane looks to pay off best with a match. Daniel missing out on more ring time to end his tenure with WWE is a big blow.

After a rousing few weeks of NXT programming, two title matches have been leaked to accompany Cien vs. Gargano; Ember Moon defending against Shayna Baszler the first. I’m not too keen on this matchup, I’d rather see more of Shayna wrecking people before coming up against Ember, it already feels like Moon is being set up for failure. We’ll see. The other was much more obvious, reDragon vs. Sanity. It’ll be a solid slugfest.

The Royal Rumble has solidified it’s two main events. Read what fellow Social Suplexer Rich Latta has to say about it here.

SN: I think the handicap caveat in the WWE proves to be the seed planting for Sami/KO to break up. But who knows, booking usually isn’t that swift. *Kanye Shrug*

That’s all we have this week see ya next!