The Shoot: Shootamania and After 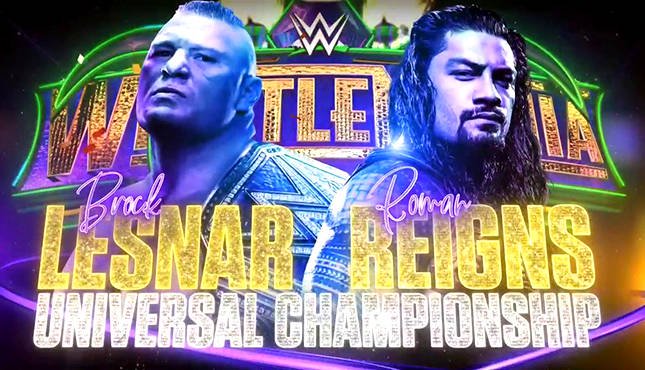 Social Suplex, what’s up? Robb is back and better than ever, no Bischoff. It’s been a wild few weeks and I’ve taken a small hiatus in order to get my health aligned, and with Wrestlemania in our rearview, I thought this would be the best time to revamp the Shoot into Shootamania. New names always makes things sound better. As always, I’ll be looking into happenings, rumors, dirt sheets, and developments in the world of the WWE and breaking them down with analysis and shooting my shot on the topic. Is that how you use that phrase? Who cares, let’s get on with it.

In a weekend filled to the brim with odd bookings and swerves (more on that in a second), probably the most heartbreaking comes in the form of Rusev Day. Rusev, who is arguably the hottest pop in the company (in the face of a returning Daniel Bryan, mind you), had his talent squandered so that the company would not hinder Jinder, making him a first time US Champion on Sunday. To make matters worse, Rusev ate the pin, and proceeded to lose again in the number 1 contenders match on Tuesday. To DOUBLE that, Rusev was booked in a Casket Match with the now-less defunct Taker at the Greatest Royal Rumble. When fans decried the decision, Rusev was pulled from the match all together. Vince and co. seem to have a true issue with talent getting over organically if it isn’t’ Reign-y.

In a weekend filled to the brim with odd bookings and…deja vu? Roman Reigns LOST to Brock Lesnar in the main event of Wrestlemania. And got bloodied for his troubles. After a four year build. Now, there’s a lot of speculation on why the last minute call was made for Roman to take the L, because let’s face it, it was a guaranteed lock that the big dog was walking away with the big red belt this weekend. But this whole dilemma makes way for a bigger WWE problem Vince is more concerned about fabricating a moment as compared to letting the organic things take place. I understand that 4 years of time has been invested in this storyline, but blowing it off and moving forward in the face of negative fan reaction is better than postponing the finish to move it to a different country to get a positive et temporary fan reaction jus for this man to get booed later. Reigns is going to get booed no matter what.

Who To Expect In the Greatest Royal Rumble?

Rumors are afloat about everyone that is set to show up in the Greatest Royal Rumble at the end of the month. It’s seeming to shape up to be the one of the biggest shows of the year, and with the return of Lashley on RAW, anything is possible. There’s a lot of money that Rey Mysterio will make an one off appearance, and we will get a returning Daniel Bryan as well. Who do you expect to see in the big match? Sound off below!

The biggest news of the week, in my opinion, is NXT Takeover taking home not one, but two, 5 star classic ratings. The North American Title Ladder match was a stunner. The match earned it’s praise and definitely gave the brand new title prestige for Adam Cole to run with it. The spot fest just oozed athleticism, and the MVPs of Ricochet and Velveteen Dream really had a chance to shine. In a completely different kind of match, Johnny Gargano and Tommaso Ciampa wrestled one hell of a contest. The highly psychological, storytelling driven match was brilliant and beautiful. Bravo to all competitors.