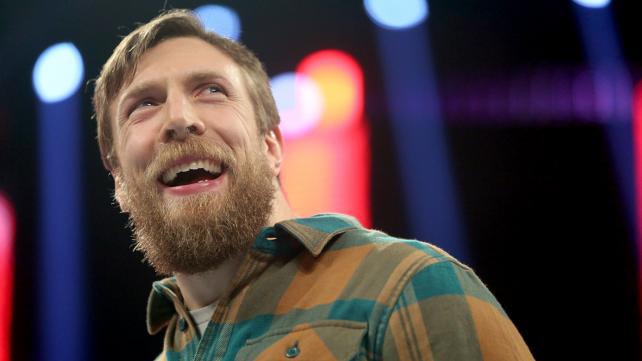 Welcome back Social Suplexers! As always, its your guy Robert delivering news content for the week of 12/9. We look to break down all the rumors, new reports, and developments for the week and shoot on them. Sounds good? Great. (cues DX theme music). Let’s get into it, shall we?

The long cycle of Daniel Bryan. Will they, won’t they? I feel that if there’s even a chance that he can wrestle, WWE should do the smart money move and let him go in the ring. It’s all but guaranteed that Bryan will skip town as soon as his contract is up, and it will egg on the companies face. What Vince and co. WOULD do however is still not clear him, even for the safest of matches, and when October rides around, watch him and the Yes! movement abscond to Japan. This could be the biggest snafu that the W could possibly conjure up. Here’s to hoping Bryan finally gets cleared from the company’s docs.

Early reports suggest that the Beast Incarnate will not return at Elimabation Chanber. As earlier reported, Lesnar doesn’t seem to have a dance partner at Royal Rumble. However, this Elimination Chamber news is great for me and gives me hope. Why? If he’s not involved in the EC, that means the Raw talent will have to be competing for something heading into Wrestlemania, preferably a number one contender placement. Now, granted, it’s almost a lock that Roman Reigns would be placed the winner, but if we’re going off of this theory, it would then mean that a Smackdown talent would rise at the Royal Rumble. This means we really may get our dream match of Shinsuke vs. Aj on the Grandest Stage of Them All come 2018. Brock can stay home for as long as he wants if we get that.

MATT HARDY IS WOKEN! As I talked about on the Shoot last week (and Top Rope Tuesday, for that matter), Bray shook something in Matt’s core and now he has been woken, finally. After the first vignette, the WWE looks like they’re letting him go to the fullest potential, so far. I. AM. HERE. FOR. IT. Matt will be bulletproof if they let him go wild with this, and having him feud with a kook like Bray is perfect booking Bray could go over in the feud and buy him back some steam (and hopefully he can turn face after), and no one will care if Hardy takes the loss. Once Jeff is healthy, a Nero feud can happen if they desire, but everyone will eat it up regardless. Fingers crossed that leads Matt, and subsequently Jeff, to more success in their wonderful career.

Sahsa Banks and Alexa Bliss recently made history, having the first women’s match in  Abu Dhabi this week. The women’s wrestling revolution continues, and I’m a huge supporter of it. However, one can’t feel but salty that Alexa Bliss is apart of these accolades sometimes. I wish her current in-ring performance matched the level of look, mic skills, and potential that she possesses. I’m afraid that she isn’t getting too much, too soon, and could lead to an early burn out career, as compared to her peers. What do you guys think?

A new NXT star appears, but who will it be? All early reports point to the Mae Young Classic runner up, Shayna Baszler. Sure. Ok. Decent ring work, amazing finisher, personality of a brick. I look forward to seeing her ring work get a little tighter and her inevitable destruction of Ember Moon (you know it’s coming), but I hope they help her with her promo skills and just connecting with the audience. She’s like a woman version of Baron Corbin to me, and I rather they not rush her process.

Nia Jax is set to in a love angle with Enzo Amore. This is stupid as hell. Apparently, WWE’s reasoning is to keep her away from the engaging Absolution storyline (the most intriguing thing RAW has going right now, if we’re being honest). This is sad on so man levels. Nia, for her dominance should have already been champion by now. This is just another wasted monster, a la Samoa Joe or Braun Strowman. Stop getting your big people over and then squandering them! I hope this angle dies fast and silently, and that once Paige has the belt, Nia can drop her and Asuka can go on the hunt. We need that feud.