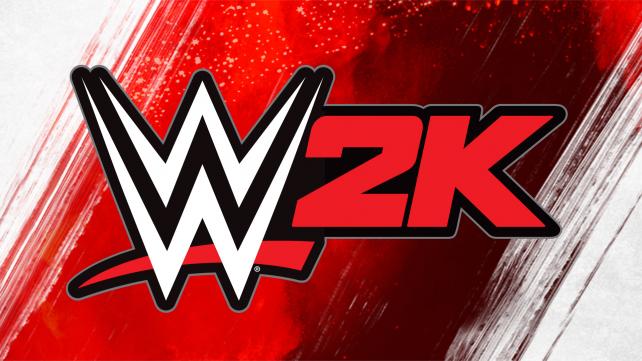 WWE 2K15 was 2K’s first shot at a WWE game and it failed miserably. Seriously it was the worst WWE game to date. I am like a kid on Christmas when it comes to WWE games dating all the way back to Wrestlemania 2000. When 2K15 came out I traded in games because at the time I didn’t have $60 to pay for a game. Then I got home and started playing it and felt like a kid that got a lump of coal in his stocking. I kept trying to get into the game but there were so many limitations I just couldn’t get into it. Only twenty-five create a wrestler slots. No create a diva option. No create a story. No custom entrance music. No create a story, hint hint. Really everything good in previous games was gone. Finally, I had enough and traded it in for MLB the Show 15.

WWE 2K16 came out and was much better but still had minor flaws. It is still very much like 2K15 but better. The showcase featuring Stone Cold’s career. One hundred create a wrestler slots. Create a diva came back. Tons of creation options, in general, were finally back. There is still no custom entrance music which to me sucks. There are still severe limitations on creating entrances. But all in all, it’s a solid game I play on a regular basis.

So what’s next for 2K17? Well, new wrestlers for one. The Four Horsewomen (Charlotte, Bayley, Becky Lynch, & Sasha Banks) NEED to be in this game. AJ Styles, Austin Aries, The Dudleys, Nia Ajax and Apollo Crews will probably be in the game too. Not to mention other newcomers like Shinsuke Nakamura, Doc Gallows, and Karl Anderson will most likely be in. That is enough to get me excited. But what else can make it better?

2K should take some pages out WWF No Mercy and Smackdown Here Comes the Pain book. Those are considered the two best wrestling games by several fans including myself. Another thing I would enjoy is being able to create more attires without taking up a create slot. Previous games on last gen consoles allowed you to give each wrestler four attires. It was mostly just changing the colors, which in reality a lot of wrestlers do in real life. Every now and then they may switch up their attire, but why not allow us to do that without using a creation slot? It’s not impossible. Also, they can bring back custom entrance music and more entrance creation options.

The career mode was vastly improved and there is still room for improvement. Why not have your character start out in Tough Enough and really earn your way into NXT. Make it hard though by actually making you win instead of being the predetermined winner. If you lose and mess up challenges your time is up and you can start over. It may be frustrating to some but it brings a lot of realism to the game. Probably won’t happen but it could. Either way, I expect them to keep working on this mode one way or another.

A lot of people have been wanting a Brock Lesnar showcase mode. This would be cool although I would love to see The Rock showcase mode. But what I really want to see is a Monday Night Wars showcase. The biggest hang up with this is Hulk Hogan. Obviously, he can’t be in the game unless he and WWE make up in time for this to happen. And this mode would not work without him because the nWo would have to play a major role in it. But if Hogan was brought back in time this would be a great showcase. The Undertaker showcase would be a great addition too.

The area that I feel needs the most improvement is universe mode. I hate how tag team partners constantly square off against each other. Create a story could be brought back and be incorporated into universe mode. Instead of one calendar why not make two? This way players can create different shows on each calendar and play against each show. Kind of like WCW vs. WWE. This could allow players the chance to see which show gets the better rating and create different stories. It would be nice to essentially play Vince McMahon with the universe mode. And if you’re like me you can still go along with the real life story. I played the Royal Rumble recently and created the matches. Kalisto won the US titles and Triple H is the new WWE champ. Either way having real creative control of the universe mode would be awesome and would give the game plenty of longevity.

The WWE Network could be incorporated into it somehow too. This one I haven’t quite figured out but it could be done. Or if you want to be able to follow the real life story why not have something where the matches on RAW, Smackdown, and each PPV could be uploaded into your universe mode. This would be a lot harder because wrestlers come to WWE well after the games hit their cutoff date or after the release. But I’m just throwing out options that would be good to see.

It’s still a while before the game comes out but it’s already in the works. Low Ki and Kenny King have already started motion capture for it which gets me excited thinking about the possibilities. 2K does love getting opinions from fans. So, what would you like to see in the next installment of this series?