What Kills Talent In The WWE? 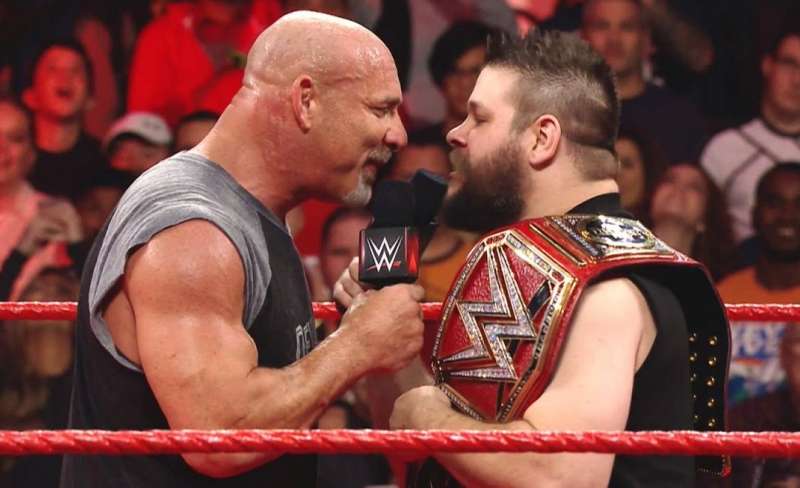 Much of the WWE roster is in need of some sort of freshening-up, but it’s hard to recall a Superstar who has had a more inconsistent career in the WWE than Rusev (alright, probably the Bullet Club). Coming into the main roster, Rusev seemed much more dominative and superior to the majority of the roster. He bulldozed anyone in his way, and he was one of the best at using his frame to control the pace of the match. Like a certain former Wyatt Family member, he was advertised as a big threat; unlike a certain former Wyatt Family member, he was crafty at every subject of combat. As a constantly evolving powerhouse, he came from squashing smaller opponents (Zack Ryder and Xavier Woods), to beating guys at their own game of momentum and endurance (John Cena and Sheamus). Not only is he able to move like a man half his size, but his striking and explosive strength are traits that only five-star athletes are able to showcase in the WWE. With the constant on and off booking with the Raw roster, many top tier talents suffer from momentum loss due to awkward booking. Not only does it kill momentum for talents who show ambition and promise, but it eventually kills the entire show.

After the brand split, Smackdown has become the land of opportunity for talent who would have never seen the light of day. Unfortunately, the brand split did not fix the problem of unrepresented talent. Sure, Superstars like Kevin Owens and Roman Reigns are headliners, but does the WWE Universe need to see them doing the same thing every week? Do fans need to hear Braun Strowman ask for competition with the same stale threats again? Do fans need to see Roman Reigns “step up” to Kevin Owens again? The visible problem is on the Raw roster, who seems to have a much more popular main-event roster than the blue show. On Raw, there is such a small field of opportunity because the stories are always closed off to two people at a time, and it results in less time for newer and fresher ideas.

For example: on Raw, the list of “rivalries” are as followed, Seth Rollins and “Sparkle-Crotch” Chris Jericho, Roman Reigns and everybody, Sami Zayn, and Kevin Owens, and Braun Strowman and Sami Zayn. Everyone hates everyone for the same reason they hate everyone else, and there’s no story. Owens hates everyone because of their intrusiveness towards his championship and his companionship for his best friend, Rollins & Reigns are always proving themselves and Braun Strowman is mad.

With Smackdown, on the other hand, the Miz’s mouth gets him in trouble, and he always has a master scheme, Ambrose and Styles are always locking for the top spot, Cena and Styles are always one-upping one another, and Baron Corbin is doing anything to throw his name in the hat. On Smackdown, fans get to see a frustrated bully in Dolph Ziggler, a new threat in the Wyatt Family, and a Luke Harper who is ready to turn the Family into dust. There are so many things going on with the blue brand, and the management will always remind fans of the tension between Superstars while fans on the red brand will never forget the tension between the two parties involved.

The red show is getting tiring while the blue show is the better program. Fans are always talking about how they can make the Smackdown roster better, or cooler, but the bigger problem is the Raw roster. There are many, many suggestions to eliminate whatever doesn’t work, but there is only one simple answer to this dilemma. The WWE Universal title needs to be treated like a championship, not an accessory. The baddest guy needs to be the champion, and in needs to be respectable competition for the part-timers. Either the champion needs to be “better” or the part-timers need to be “human”. I don’t know about you, but I’m tired of seeing Raw’s best talent being ‘son’d’ by untouchable part-timers.