When is it Time to Stop Paying Your Dues? 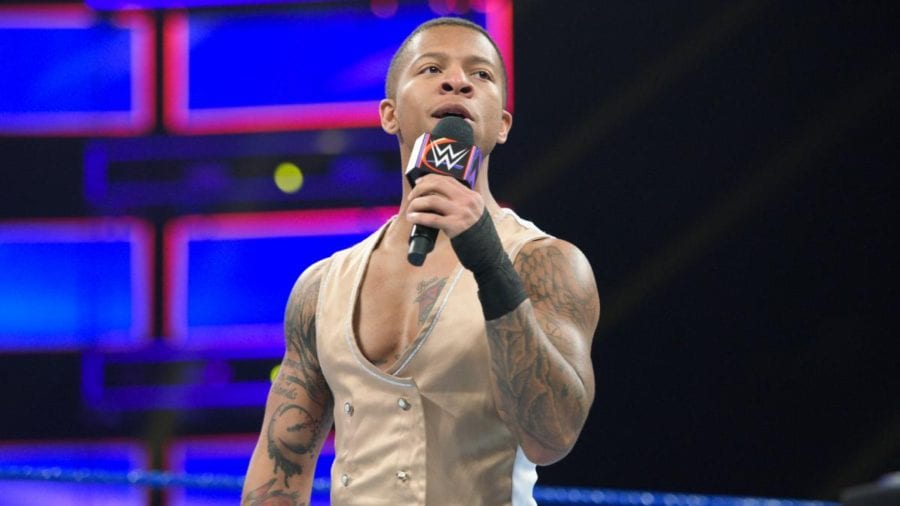 How many times have you seen a story or watched a video on youtube regarding a wrestler and some heat they had in the WWE locker room over something petty?

If you’re a casual fan you might not have heard the stories of bullying that has taken place backstage at WWE but when it comes to heat former wrestler JTG felt there was a demand in the market for a book chronicling his battle with heat.  You’ve no doubt seen some videos on Youtube about JBL or listened to a few podcasts regarding some backstage antics and from time to time you’ll hear stories about rookies paying their dues and possible some hazing or other bizarre rituals.

The recent incidents with Lio Rush hit close to home for me.  I’ve never been at a company for more than 3 years and have hopped back and forth for more pay or a better position and it has worked out but there have been times that other people in that company expected me to put up with demeaning tasks because I was the new guy there.  But even though I’ve been the new guy at these places I’ve been in my field since 2006 (over 10 years).

For some people they can’t imagine anything outside their own perspective so the idea that someone can be new to the company but not new to the career or role is too much to handle and that can rub people the wrong way that adhere to older traditions when people had the same job their whole life and got raises and promotions or at least a cost of living increase in their wage.

I didn’t live in that era so I personally feel as long as I’m respectful and do my job then there should be no problem.  But don’t ask me to carry your bags just because you don’t acknowledge my career outside of the company we currently work at.

It’s not wrong to enforce these traditions as long as everyone knows what they’re getting into.  If when starting out in wrestling it makes sense to have to pay your dues and take care of the ring set up or any other tasks the rest of the more established wrestlers prefer not to do in exchange for training and mentorship.

People familiar with NJPW know that the young lions while training will set up the ring, carry other stars bags, assist outside the ring during matches, do laundry for other stars, cook, and clean.  When those students sign up they know exactly what they’re signing up for.  They’re going to be tested and expected to perform these duties in exchange for the mentorship and training.

WWE does not have a young lion system.  It may be expected for newcomers to pay their dues by carrying bags, handing water to other stars or cleaning up but is this understood when you sign up?  Is it explicitly stated anywhere?

WWE has NXT and they do their best to train the next generation but are they expected to perform the same tasks as the Young Lions of NJPW?  I don’t believe I’ve ever heard of NXT working the same way as the Young Lion program and there’s legitimate criticism of NXT when it comes to training the next generation of stars.  There are some legitimate stars to come out of the NXT program like Bray Wyatt, Roman Reigns, and currently Velveteen Dream but how many of the big stars from NXT are ROH, TNA, NJPW, or independent stars with 10 or more years of experience?

Is Samoa Joe carrying other people’s bags?  Is Kevin Owens handing water bottles to other wrestlers as they come backstage after a match?  In an interview, Kevin Owens was asked about rumors of him and Sami having heat backstage for insisting on multiple takes for a segment and he said that people had to remember that even though Sami and him were new in WWE they were not new to wrestling.   I think it’s safe to say they aren’t paying their dues anymore or expected to take apart the ring or do other wrestlers laundry anymore.

Lio Rush debuted in 2014 and has been an active wrestler for 5 years.  Is 5 years in an industry a point where you should be carrying other people’s bags or handing water to other wrestlers?  Not being an active wrestler I can’t say what other wrestlers feel should be the cutoff time before you’re no longer a rookie and no longer need to perform the entry-level requirements for mentorship.

But Lio brought up an interesting point about him being a WWE Superstar.  It’s right in the name.  It probably is a stupid look to be both a WWE Superstar but also a rookie carrying Randy Orton’s bags.  How confused would a fan be to see a Superstar doing chores and carrying the bags for other wrestlers?

Lio Rush hasn’t done himself any favors. His inability to manage his money isn’t WWE’s fault and it’s unlikely he’s making less now than he was on the Indies.  It’s one thing to stand up for yourself and tell other people what you won’t do, especially if you didn’t sign up to be a young lion but snitching to management afterward isn’t the best approach.

There are also rumors of having issues with his Entourage and his wife being backstage with him.  I understand the complaint about the entourage but when you’re on the road wouldn’t it make sense for your significant other to come with you if they could?  I remember on Tough Enough when HHH was grilling the trainees to see if they had what it takes and one of his main points was how you never get to see your family.  Since he has no kids doesn’t it make sense for Lio to include his wife in his world (universe)?  While she probably doesn’t need to be backstage if other stars have their significant others back there why can’t he?

Remember when he tweeted how Emma (now Tenille Dashwood) couldn’t handle Asuka after she was let go from the company?

One common thread you might pick up on a lot of the stories you read on the internet or hear on a podcast or YouTube video is how the person with heat didn’t know they had heat.  Another common denominator for some of these stories is how the person with the heat was reliant on someone else either telling them about the heat so they can fix it themselves or a mentor coming along to show them all the rules and etiquette they had no means of finding out about without them.  While it’s been leaked that some people HAVE approached him to try to help him out from Mark Henry or Finn Balor, the problem could be avoided for other rising stars.

So should Lio Rush be paying his dues?  Is he still a rookie dependent upon a mentorship to learn the ins and outs of the business?  From the responses, he’s made it clear he doesn’t think so.  He sees himself as an established superstar and unless another wrestler comes forward and gives a specific amount of time required before you’re no longer a rookie, I think 5 years of experience should at least mean you’re not entry level anymore.

And if WWE believes he needed more time learning the ropes or paying his dues they should have sent him to NXT until they thought he was ready and they felt he was mature and humble enough to be a superstar in the WWE universe.