Why I’ll Never Be A Roman Reigns Fan 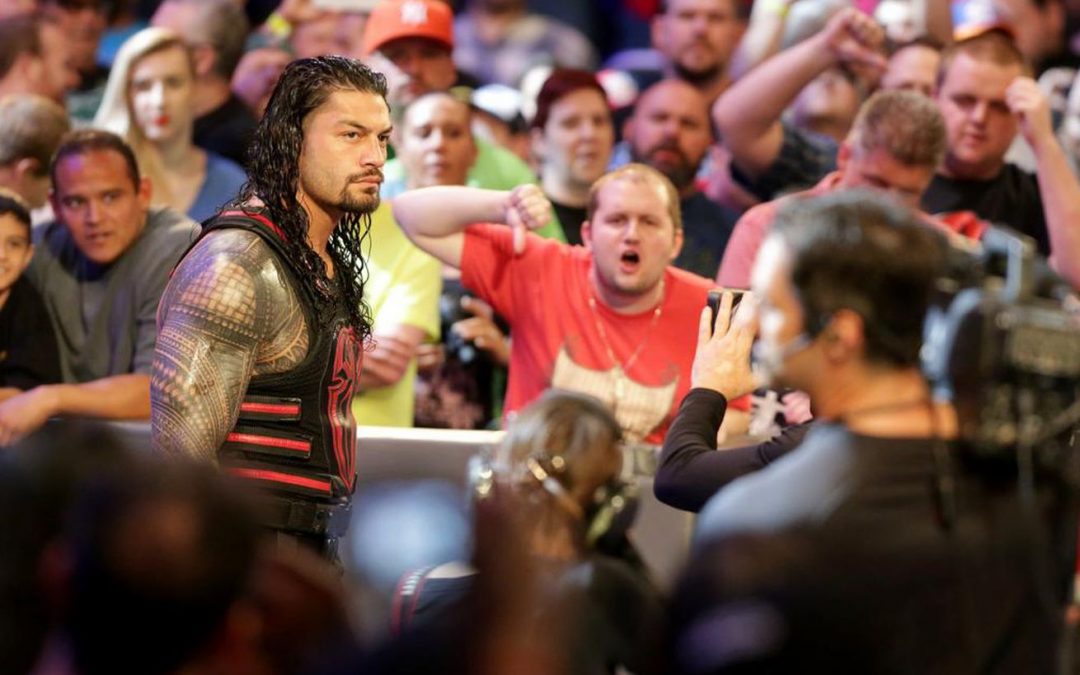 The first thing I ask every Roman Reigns fan is, “What’s his character?” For years, I have been asking that question, and the answer I get most often is, “He’s the big dog.” What does that even mean? He isn’t a cheesy rapper. He isn’t a lunatic with little self-control. So, what is his character?

That is a question that creative should have asked and answered long before pushing Roman to the main event of WrestleMania four years ago. He is undefined, with the obvious backing of management, to which many fans gave him a reputation that he may never be able to rid himself. But, let’s start at the beginning.

Roman has been a “Vince Guy” from day one and rightfully so. He looks like he was built in a laboratory. A good looking guy that stands 6’3” and weighs 265 pounds, Roman has the physique that Vince has preferred and pushed for years. Watch just one match with Hogan or Ultimate Warrior and it’s obvious that in the WWE, muscles trumped in-ring talent.

So, it shocked me to see The Shield booked perfectly by the WWE, matches on free TV were kept to a minimum, and they weren’t putting over aging superstars from yesteryear. And, once The Architect tore apart everything he had built, it was obvious that the three, now former, members were going to get a push.

Seth Rollins’ cunningness was established, so was Ambrose’s mental instability. But what was established with Roman? Without establishing anything as the basis of Roman’s character, they pushed him to the main event at WrestleMania 31. And wouldn’t you know it, the fans booed him. What were they supposed to do? There isn’t a single interesting feature in his character.

To make it worse for the Big Dog, he’s booked against a list of characters that are far more interesting than he has EVER been. Not only are his former stablemates Rollins and Ambrose on the list, but so is Bray Wyatt, Rusev, Brock Lesnar, Triple H, and The Undertaker. In all three WrestleMania main event bouts that Roman competed in, he was the face, and in all three of them, he was booed emphatically.

Look, I know that a lot of this stuff isn’t Roman’s fault. He was pushed prematurely back during the road to WrestleMania 31. This is one of the major reasons people, myself included, still boo him today. His pushes weren’t organic, they were obviously fabricated by the bigwigs in the WWE. They don’t feel natural like the rise of Daniel Bryan during WrestleMania 30 or the legend of Kenny Omega in NJPW.

I just get so tired of seeing Roman always “overcoming the odds.” It’s so obvious that he is going to overcome those odds. WWE has booked him to be so strong that there is usually no question if he will come out on top. Why would I or anyone else want to cheer for someone in that position? We just end up watching a show that has zero mystery, a predictable ending.

I would be willing to wager a large sum of money that if NJPW would increase their exposure in the U.S., viewership for the WWE would decrease, with fans citing the reason due to not wanting to sit through another John Cena style dominance with the new John Cena, Roman Reigns.

Even though I am burnt out of seeing wrist-cocking and superman punches, I must admit that Roman has actually become a good worker in the ring. His skills on the microphone have improved over time, as well. It’s very apparent that Roman Reigns has all the qualities to be a great main eventer. I guess the only thing he is really missing is proper booking.

Go follow me on Twitter @FoxThePodcaster and be on the lookout for my new podcast “Good Brothers Wrestling Show” that will be launching soon.