Why Takeover 36 is the Undisputed Finale of NXT 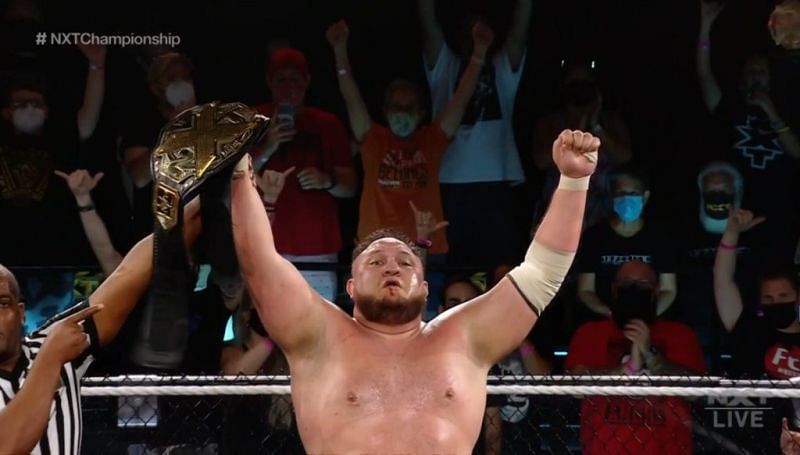 Summer Slam 2021 weekend was one of the most stacked few days of professional wrestling that the United States has seen since the beginning of the COVID-19 pandemic. Between AEW, New Japan, Impact, ROH, and WWE, I had seven shows on my watchlist for that weekend (that’s not even including Smackdown). While the risk of burnout is quite real, I love wrestling, and the fact that we are finally getting a weekend of such great diversity is so refreshing after a year and a half of limited shows.

Since we missed out on not just one but two traditional Wrestlemania weekends, this weekend was one I had marked down on my calendar. There was a lot of excitement around many of the major stories of the weekend. From the return of CM Punk and to a lesser extent, Becky Lynch and Brock Lesnar, and to the sheer spectacle that was SummerSlam in Allegiant stadium. There is a lot of buzz around the world of pro wrestling right now. However, there is one show this past weekend that presents a rather curious case. A show that feels oddly sidelined by many. That was NXT Takeover 36.

This column will not turn into a rant about the reported future of NXT as a developmental brand. Instead, let’s look at where the brand has been, especially over the past two years. There was a point in time that no matter what shows were scheduled to take place over a given weekend, if there was a Takeover, that’s the show people would be buzzing about. If you had shown me the card for Takeover 36 even just a year ago and you told me nobody would care about it, I wouldn’t believe you. Yet here we are.

Perhaps the third most anticipated show by many this weekend (due to sheer process of elimination) and even further down that list for others (Josh Alexander and Jake Something were REALLY damn good) NXT was sitting all by its lonesome on Sunday night, after the hype of AEW and WWE’s biggest shows of the year. After a pair of solid ROH shows and the first big Impact show with Christian Cage as champ. In a way, it’s fitting that NXT is getting that spotlight it so naturally drew a couple of years ago, one final time. It’s no longer the talk of the weekend. It wasn’t the show with the highest expectations or the most buzz. It merely exists as a show that, in all likelihood, has some really good matches on it but that nobody will be talking about.

Takeover 36 will be the last NXT show I watch for a while. This is because NXT as a brand has been so cold for the better part of the previous year, and that public sentiment has been perfectly reflected in the shows booking as of late. In particular during the build to this show. In the past few weeks alone, we have seen Ilja Dragunov lose right before he takes on a champion who has been dominantly beating fools left and right for over two years, we’ve seen the undefeated world champion go to a different show and lose to a man 15 years past his prime in 90 seconds, and, the number one contender to the women’s championship is losing on Main Event.

Then there is the final installment of the Kyle O’Reilly / Adam Cole story. A long feud that BEGAN with the babyface triumphing over the heel with a decisive win in a no holds barred street fight. That was then followed by a straight professional wrestling match complete with a count-out and disqualification rules that the heel won clean as a sheet. It doesn’t make sense. And that to me is the perfect encapsulation of precisely why NXT is so cold. There is absolutely no forward-thinking. In a way, this has come full circle.

At the beginning of its life, NXT was a reality show-style showcase for the WWE’s developmental system trainees. Over time, however, it became the alternative for many to WWE itself. At its peak, NXT was everything WWE’s main roster wasn’t. The shows were short and easy to get through. It provided a showcase for work-rate-centric wrestlers that didn’t look like the prototypical WWE sports entertainers. The stories exercised patience and character development. If you wanted great wrestling, NXT had it.

That all changed when the roster was called to duty for the Wednesday night wars with the up-and-coming AEW Dynamite show. This is where NXT lost its soul and became the very product it offered an escape from. When they went live, the show moved to a two-hour time slot and since the show no longer did bulk tapings. They relied on more short-sighted booking tactics, which only work in moderation.Throughout that time, NXT hot-shotted its booking to high hell. They got absolutely destroyed in the ratings by AEW and were exiled to a Tuesday night time slot with their head hung in defeat.

This brings us to Takeover 36. This isn’t the first Takeover to be a product of NXT’s erratic booking style, but with all the reports that WWE will now be shifting the focus of the brand back to that of a true developmental territory, this show feels like the end of an era. The card was reminiscent of the golden years of NXT, with great performers who rose to prominence outside of the WWE system being present up and down the show. But the magic is gone. Too much disappointment, too much bad booking, and botched pushes have led to this show.

NXT has now gone from being an alternative that I constantly looked forward to to get the exact same treatment as the few WWE pay-per-views I watch each year. When I looked at this card, there were no more feelings that we’re going to witness something special. No more expectations of intense blow-offs or match of the year candidates. When I looked at this card, the only thought I have is, “well. there will probably be some really good wrestling on this show,” and that’s it. At the end of a weekend of returns and great matches, where tears have been shed, and thousands upon thousands of fans have joined together to watch wrestling. NXT stands on its own at the end of it all. Forgotten by many and betrayed by WWE itself, yet still holding on to what it once was.