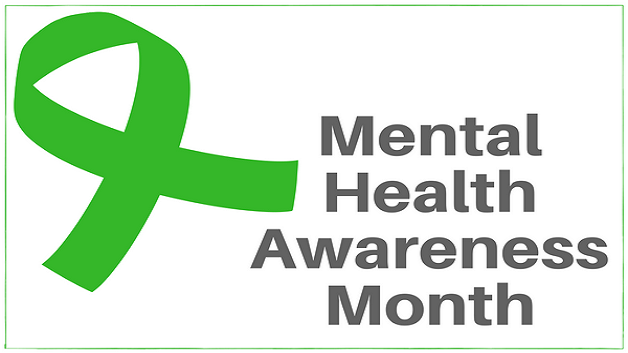 It’s almost been a year since my last psychiatric hospitalization and I’m doing some reflection for the year anniversary. This reflection goes hand in hand with mental health awareness month which is in May have really gotten me to think about the few constants in my life as someone with a whole host of diagnosis’ With my Bipolar, Autism Spectrum Disorder (formerly Aspergers), Anxiety and Depression; wrestling has been one of the most constant things in my life for a while now. How can a silly world of grown men and women body slamming each other helped me through my mental struggles? More than you ever would know.

Pro Wrestling has been one of the only constants in my life since I was 8 years old and I was never really drawn to any other shows on TV. Wrestling’s unique in the fact that it has elements of every form of entertainment. It had the real life drama seen in sports and other dramas, some comedic elements, comic book like characters and the intensity of horror. With my mind always going in a million miles an hour sometimes, my attention span wasn’t always the greatest but when wrestling was on, it had everything I needed in entertainment.

I had a pretty alright childhood for the first 12 years. Some of my favorite memories as a child was my first WWE show in 2008 and having the best time. I wasn’t a perfect child either but I don’t really have a recollection of my childhood because my parents picked up the drink around 2009 and off we go with some of the worst years of my young life. My childhood took a backseat to the insanity going on at home with my parents. All of a sudden starting with a vacation to Disney World, they grew apart and my dad couldn’t handle the fact that my mom didn’t love him anymore.

He picked up and after a few months my mom threw him out. Then my mom was off on her tirade and she stated socially drinking. At this point, I was approaching 13-14 years old and instead of drifting away from wrestling, it was one of my only escapes.

My mom had this boyfriend when she still drinking, introduced the family to torrenting. This boyfriend would later be a dick and abuse my mom but to forget that my mom was not there and my behaviors became more aggressive because I didn’t know how to deal with all that was coming at me. Anyway, I would spend my days after school, looking on torrent sites looking for wrestling.

Looking on the torrent sites helped my discovery of wrestling outside of WWE and the United States. I became more hooked on wrestling at that point because again it was an escape. I got through middle school for the most part unscathed and never really understood why I would lash out like I did but, people didn’t shrug it off as anything serious at this point.

Then high school came and it was the first of many slaps of reality to what I’ve become. I started to gain weight because food was one of my escapes besides wrestling. I entered high school under 200 pounds and exited at 350. Also, my outbursts were getting worse, more violent, and more frequent.

My parents at this point had some sobriety under their belt and I could no longer just blame my parents for these outbursts. I laugh now looking back on the fact that I thought just saying everything was fine to appease everyone. My wrestling hobby at this point was higher than it ever was freshman and sophomore year as it felt like WWE’s creative was firing. I was also semi-regularly going to Chikara shows and I was happy.

Then junior year hit and in December of 2012, my first suicidal thoughts came trickling into my mind. At first, I didn’t know how to react to them and then they got progressively worse. At this point, not even wrestling could stop them. I came in one day crying into my gym teacher’s office saying I wanted to die and end it all. I was hospitalized for the first time and it wasn’t the best experience.

Looking back, I wasn’t ready to start the true recovery process. Though it took another 5 years after that hospitalization to go back in, I wasn’t ready for the fight. My behaviors and emotions were sort of in check for the next few years. I had my moments and issues but I stayed out of the hospital for five years. In that 5 years I got myself more obsessed with wrestling, I was pursuing my dream to be a radio broadcaster, got an internship at my favorite radio station, I became involved in the Monster Factory wrestling school and a bunch of good things was happening.

The first warning sign had to do with wrestling. I was writing and podcasting at the time for the defunct Wrestling With Words website and I started to be lackadaisical and started conflicts that didn’t need to be started. I made an insensitive joke in their group chat and I was out of there. Some of the people forgave me and some haven’t and to those that haven’t I say, I’m truly sorry and I hope we can patch things up in the future.

Then in 2017, I dropped out of school and it went downhill because I thought I didn’t need it. In reality, I needed some structure, something to look forward to. I got my first jobs and was earning money. I was starting to become independent but I never really let go of my demons and transgressions. It just created a cycle that never stopped for me. I was happy then anxiety creeps in, I used anger to let it out and back at it again.

In June of 2018, I was attending a graduation party and became incredibly pissed off and started getting violent and I blacked out. I was sent to the ER, and it took 3 days to get me a bed at a psychiatric facility. I started the cleansing of my mind in the hospital. It wasn’t easy and I actually felt the emotions I was dealing with for the first time instead of suppressing them. The recovery plan was different too as I was looking for new housing and they set me up with a Certified Peer Specialist. This has done wonders for me.

Now for a happy ending, I have been out of the hospital for a year now. My love of wrestling has grown more and more. I am still looking for a job but I’m involved with mental health in my community by attending support groups, being a facilitator and leader at these groups, learning new ways to cope with my disorders. With the help of my friends, family, and peers I am a happier person. My parents have been sober for a few years and I have a clear mind.

I am open to learning more about myself and actually becoming a Certified Peer Specialist one day. I hope I have helped those struggling and those thriving alike and I will leave some resources at the header to help those in need.