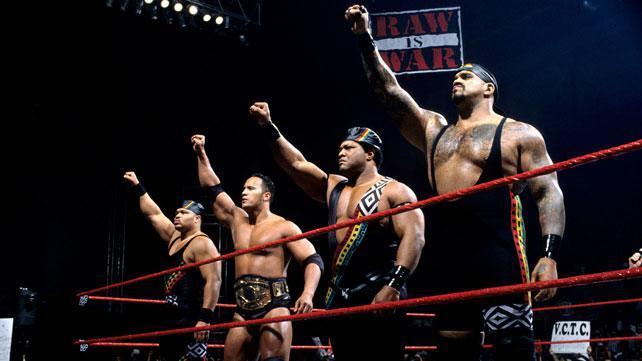 Wrestling With The Forum and Identity Part 2

Yesterday I posted Part 1 of Wrestling With the Forum and Identity, a paper that I wrote five years ago at the University of Tampa. Here’s part 2 which focuses on the misrepresentation of identities such as race, gender, and ethnicity.

In Jason Mittell’s book Television and American culture, he has a chapter on representing identity. Mittell states that the three main focuses of representation of identity are race and ethnicity, gender, and sexual orientation.  Mittell argues no matter what specific identity category is considered as part of television’s representational role, we must consider how the issue of representation is not simply contained by what is presented on the screen within programming. Mittel acknowledges television’s industry, regulatory framework, technological shifts, and viewing practices all impact how meanings are conveyed, constructed, and consumed. Professional wrestling is no different, all personas and gimmicks are represented by race and ethnicity, gender, and sexual orientation. The problem that comes with identity in professional wrestling is that some are misrepresented and sometimes misinterpreted by viewers.

When it came to minorities there have been several misrepresentations. In 1997, WWE had an alliance of all black wrestlers called the Nation Of Domination.  The Nation of Domination was famous for their speeches that we were being discriminated against by the “white man”. Members were forced out of the group if they were not black enough. More recently TNA had a team known as the Latin American Exchange, consisting of two wrestlers of Hispanic dissent. With this gimmick, they denounced the perceived repression of ethnic minorities by TNA management. The team would rebel against TNA officials with a militant street thug mentality. They even made their own border in the arena and denied entry to non-Latino wrestlers. The problems with these gimmicks are that they don’t accurately represent the identity of race. Of course minorities have been fighting to be equal but they never formed a group and attacked whites. I also find a problem with how foreign wrestlers are represented through their gimmicks. Most foreign wrestlers are introduced as heels that hate America and claim their country is better. Not all foreigners despise America. Even though these are just gimmicks and personas, professional wrestling should widen their view on representing race and ethnicity. It makes seem as though the rest of the world is fighting against America and that foreigners are not welcome in America. I believe that professional wrestling can actually connect with more international fans if they say a more accurate representation of wrestlers from their country.

When it comes to gender there is a misrepresentation of women. In professional wrestling, women are mainly used for their attractive appearance to draw ratings. They are placed in bra and panties matches, Jell-O fights, and compete in lingerie and swimsuit competitions. A few years ago WWE had a partnership with playboy. Several of their divas were featured in the magazine. For years, women have been booked to look completely weak compared to men wrestlers. But there have been a few expectations such as former wrestler and bodybuilder Joan Marie Laurer also known as Chyna. Chyna was the first women to compete in the Royal Rumble, qualify for the King of the Ring Tournament, and be a contender for the WWE championship. She was the only woman to compete for and win the WWE Intercontinental championship. With my experience in watching wrestling, WWE is the major offender in misrepresenting women. TNA and ROH are known for their strong women divisions. Their female wrestlers are not on television because of their looks but because of their skill and athletics. Former TNA Knockout champion, Awesome Kong stands at 5 foot 11 inches and weighs in at 272 pounds. Kong definitely wouldn’t be caught in a bra and panties match and doesn’t fit WWE’s look for the perfect diva. But in TNA she was given the chance to wrestle and showcase her skill and power. In ROH, their women have gimmicks and characters unlike most of WWE’s divas. I believe WWE needs to change their vision of the woman wrestlers. Women should be given the same opportunities as men wrestlers and be judged by their wrestling ability not if they can fit into size two pants.

Sexual orientation doesn’t escape the headlock of professional wrestling. Recently in TNA they have begun a bisexual angle with wrestler Orlando Jordan. Jordan is now accompanied to the ring by a male and female that is suppose to be his partners. Jordan changed his appearance by wearing makeup and dressing more flamboyant. He is seen in bizarre segments such as coming down the stage in the middle of matches pouring some kind of white substance on him, which fans interpret to be semen. He has also been seen coming down from the rafters covered in caution tape in only his underwear. My problem with this gimmick is that it is making it seem that bisexuals are bizarre outcasts and they behave like Jordan does. And that is definitely not the case. TNA needs to be careful with the continuation of this gimmick and avoid stereotyping bisexuals and making fans uncomfortable.

In conclusion, I believe that professional wrestling is structured as a battle of good versus evil. Professional wrestling uses this battle through the cultural forum to reach their audience. Every match, rivalry, and storyline is based on the concept of good versus evil which fuels off the emotion of the audience, keeping them invested in the product. There is some misrepresentation of identities such as race, gender, and ethnicity when it comes to certain wrestlers and their personas and gimmicks. Professional wrestling, as well as other television shows, should be careful of how they represent these identities. A misrepresentation of a certain identity can easily turn a fan away from the product. I believe professional wrestling doesn’t see a problem with how certain identities are represented because they believe that they are representing identities according to how our society views them.