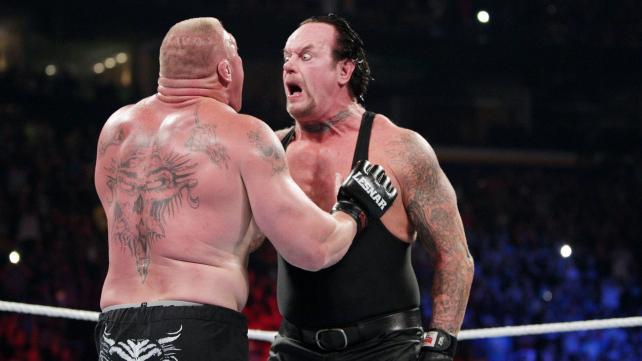 WWE Battleground 2015 is in the books. Overall I thought this was a solid show from top to bottom. Several members of the IWC have been ripping this show to threads on my Twitter timeline. There are just some fans who can never be pleased. Probably because these fans can never make up their mind. Last year everybody whined and moaned that Brock needed to lose the WWE Title. Those same people are now upset Lesnar is not the champion. Here are my thoughts on the show. 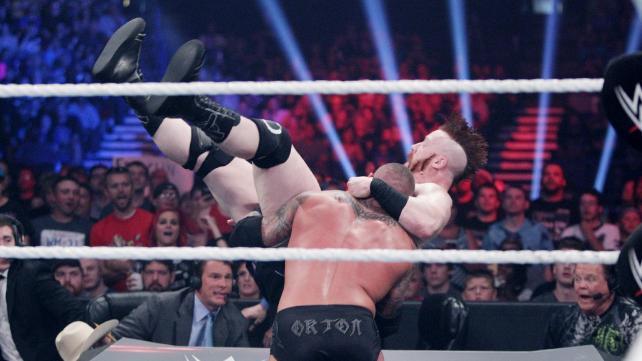 I very surprised that this match started the show considering Orton versus Sheamus has never been a very exciting match. Out of all the matches these two have had over the years, this one was easily one of the bests they had. The crowd had a big part to play in it. The St. Louis crowd wanted to see their hometown hero give Sheamus a beating. I’m not sure if Orton winning here was the right choice. Sheamus has not really had any monumental moments since winning the Money in the Bank briefcase. I feel like he should be winning more matches. The more momentum he builds the more of a threat he will seem for when he cashes in. Maybe I’m being too impatient, but it doesn’t seem like they have a gameplan for Sheamus moving forward. 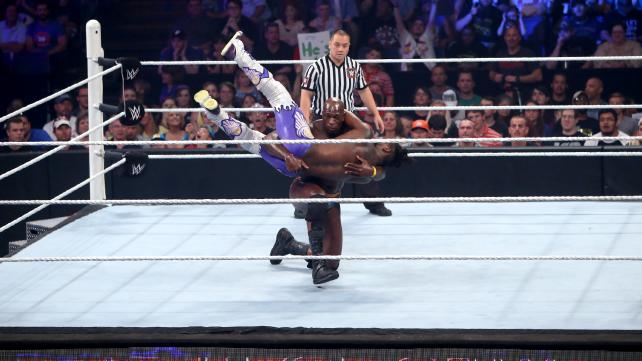 This was a very entertaining match. Pre-match promo from New Day was great. One thing I thought was great was Michael Cole pointing out New Day chose Big E and Kofi for this match because that’s been the winning combination. I think that’s the best formula for New Day. I love Xavier Woods in the manager role. He is so loud, obnoxious, and over the top. The more Xavier talks, the more I wanted to see someone shut him up (which is a good thing). I was against the idea of New Day losing the tag titles so quickly, but they have done a tremendous job getting over as heels then don’t need the titles. Winning the tag championships has helped raise the stock of the Prime Time Players. Darren and Titus have great chemistry together. The hot tag to Titus has become one of my favorite things to see. I won’t be surprised to see New Day get another title match at SummerSlam. There aren’t any hot up and coming heel teams for Prime Time Players to face. Plus New Day can continue to challenge with different combinations until they find a winning one. 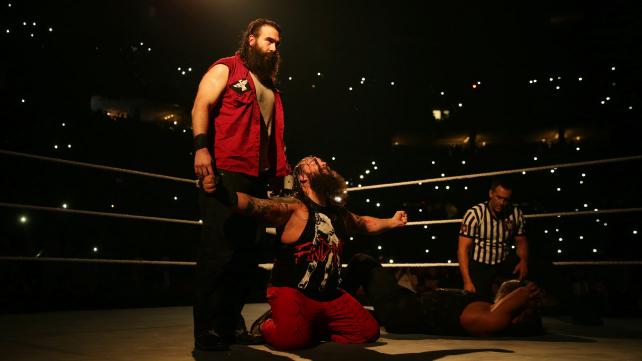 This was another match that exceeded my expectations. Everything they did in the ring was good. The thing that ruined this match for me was the crowd. This match was structured with Bray as the heel constantly cutting Reigns and antagonizing the crowd. Despite that majority of the crowd continued to cheer Wyatt over Reigns. There has been some debate whether Wyatt is actually a heel. I think he is even though he gets babyface pops. In all his rivalries, he’s been clearly casted as the villain. If they want Wyatt to get booed they need to make some changes. I think it would be great to hear Wyatt attack the crowd along with more cheating in his matches. Another small thing that bothered me as how the match started. With as personal as this rivalry has been I would expected Reigns to start throwing bombs from the get go instead of locking up. I was very excited to see Luke Harper. He’s one of the most underrated wrestlers on the roster right now. It’ll be great to see more of Harper on Raw and Smackdown. 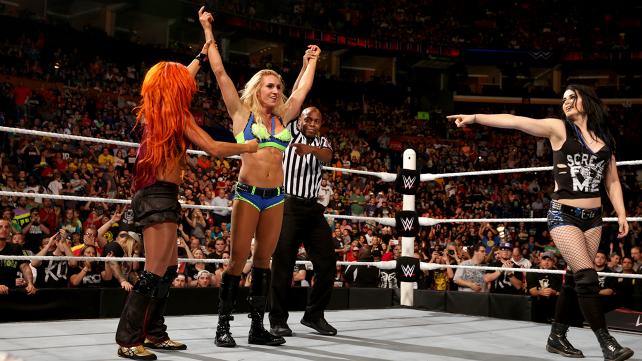 The Divas revolution has begun! With the arrival of Charlotte, Sasha, and Becky it seems like the Divas division will finally be treated seriously. A lot of people were in disarray because Brie was in the match instead of Nikki. First of all either Charlotte or Sasha had to win this match and with Nikki in the match they would have probably leaned towards her winning since she is the Diva’s champ and they are heavily pushing the length of  her title reign. Secondly, I don’t think Brie did that bad in this match. I think she tried her best to hang in there with Charlotte and Sasha, who both are just on a completely different level than Brie. This was one of the best Divas pay-per-view matches in a long, long time. Hopefully, they can keep this momentum moving forward and we can enter into a new era of women’s wrestling. 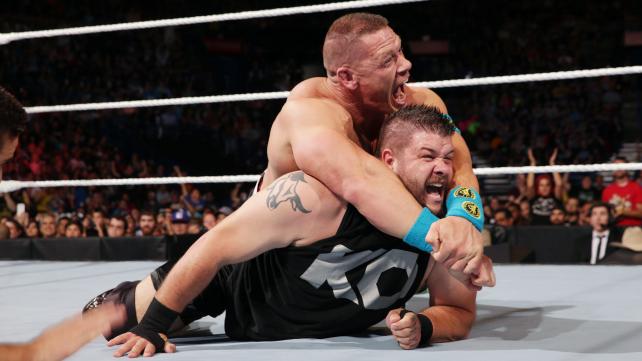 Cena and Owens put on another match of the year candidate. With a 3 match series, it can be hard for the final match to top the earlier matches in the series. In my opinion, this match succeeded in topping the first two. After Owens tapped out to STF the internet started mourning for the future of Owens. Owens will be fine. He kicked out of a SUPER AA! Has there been anybody else who has kicked out of a SUPER AA? In his post-match promo, in true heel fashion Owens had a logical explanation for his tap out. Plus, Seth Rollins is in need of a big title match for SummerSlam and Cena is the only logical choice for him. So they needed to have Cena going in strong into SummerSlam. Owens is going to drop a few spots down the card, but as good as he is he’ll back in a high profile feud sooner than later. 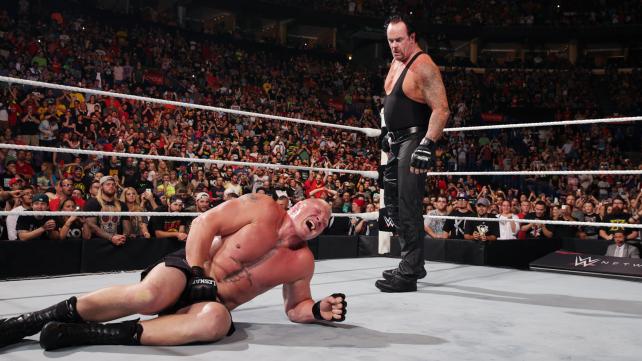 This match was exactly as I expected to be with Lesnar throwing Rollins around like a rag doll. There were several rumors going into this show that Undertaker would be making his return. Despite that I still popped to see the Deadman. The Lesnar/Undertaker rematch will be a big draw for SummerSlam. I have a hard time seeing Taker beating Lesnar after the run he’s been on. At the same time, I don’t see Taker coming back for SummerSlam to lose. There is a lot more money to be made with Lesnar as a babyface. I’m very intrigued to see this match. There are so many scenarios the can happen at Summerslam.

What were your thoughts on WWE Battleground?