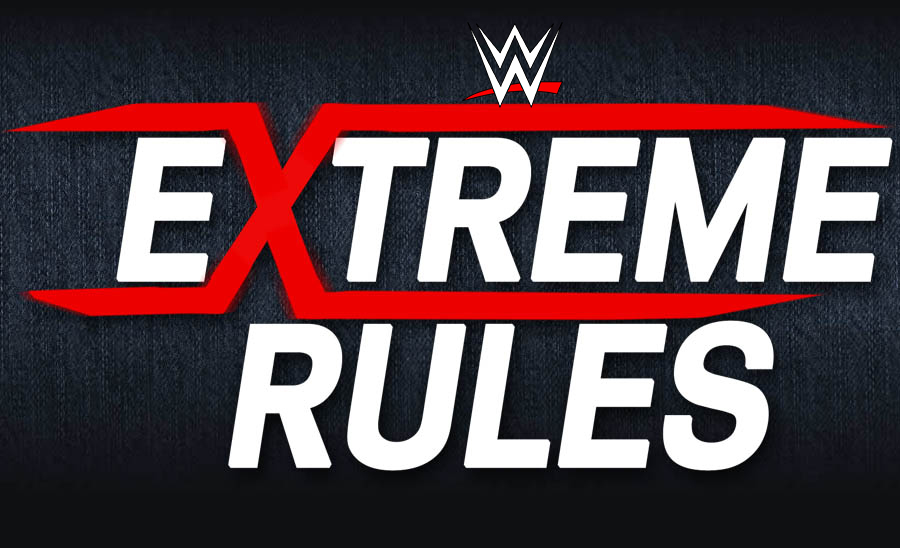 It’s that time of year of again. The one night of the year, the WWE goes Extreme. This is a pretty solid card and shouldn’t disappoint. Here are my Extreme Rules 2015 Predictions. 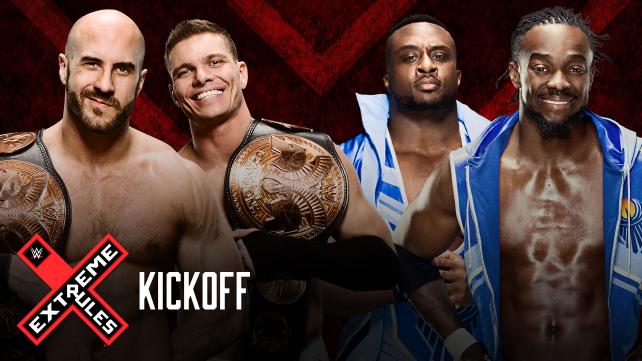 I have to admit at first I was a little confused to why WWE booked a heel versus heel tag title match. Then I realized that this pay per view is in Chicago, one of the most outspoken wrestling crowds there is. The Chicago crowd are going to behind Cesaro and Kidd. If they had thrown the Lucha Dragons against Cesaro and Kidd you would have the heels getting cheered and the babyfaces getting booed. Having New Day face the champs will be great for the heel turn. The Chicago will be loudly chanting New Day Sucks. I have been loving New Day’s heel turn, but I still think they need to get some more heat before they win the titles. I’m going with Cesaro and Kidd to retain. 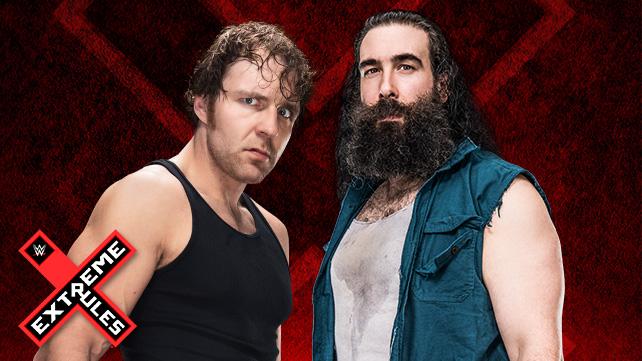 I love the chemistry between Harper and Ambrose and I have to say I’ve been enjoying this feud more than I enjoyed than the Ambrose versus Bray feud. Honestly, I prefer Harper over Bray. This Chicago Street Fight might not seem as important as some of the other matches on the card, but I think this match is going to determine the future of these two men. I don’t Ambrose can afford another loss on pay per view match. Ambrose needs a solid victory here to build some momentum heading into the summer. Ambrose should be booked strong heading to Money In The Bank. Ambrose winning Money In The Bank could be the first piece of the puzzle to build towards the Shield Triple Threat. 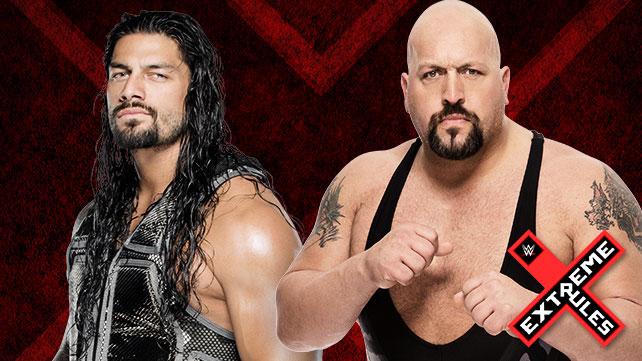 WWE has totally dropped the ball in the development of Roman Reigns. Having matches with Big Show and Kane all the time is career suicide for Reigns. And now we have a Last Man Standing Match with Big Show. I really hope for the sake of Reigns’ future that this is the last match he ever has with Big Show. I’m sure the hostile Chicago crowd will be chanting for CM Punk and AJ Lee during this match. Reigns will win this match with some kind of crazy spear. After finally getting rid of Big Show, Reigns will be able to focus on Rollins. 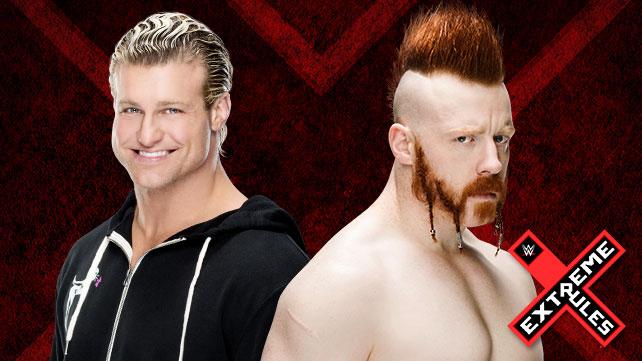 I have been loving Sheamus’ return as a heel. It’s a breath of fresh air for him. I’ve always been a fan of Sheamus since his FCW days. The Chicago Crowd usually hates Sheamus so now that he wants to be hated he can really antagonize this crowd. Even though this a Kiss Me Arse match, I don’t think we’ll be seeing any arse kissing. To me, it seems too obvious for Sheamus to win. I see Ziggler pulling off the win with a school boy or small package. Sheamus will then refuse to kiss Ziggler’s ass and Brogue Kick him thus continuing the feud between the two. 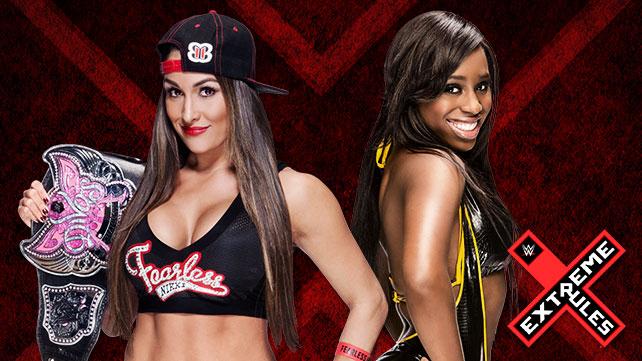 I understand the heel versus heel dynamic in the tag title match, but I don’t understand it here. I have no problem with Naomi being a heel, but I think it should have happened later. Knowing that Paige was going to be out of action this month to film a WWE movie they should have had Nikki injury Paige before the battle royal taking her out of the equation. Then Naomi could have won the battle royal and gone into Extreme Rules a face to win the championship. When Paige returns she can claim the only reason Naomi has the title was because she wasn’t in the battle royal. At the next pay per view, you have Naomi defend the title against Paige and cheat to win thus turning her heel. I think this match is going to have a weird flow. I see Nikki retaining here. 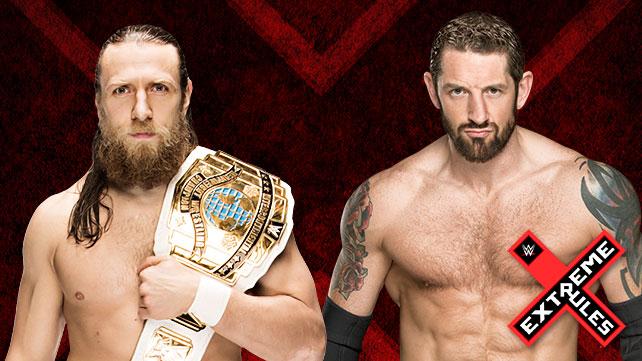 As of this writing, an official statement on Daniel Bryan’s condition has not been released from WWE. Several sources are saying that Bryan will have to be out for five weeks which means he won’t be able to defend his title against Barrett on Sunday and he could potentially miss the Payback pay-per-view on May 17th. I feel like we’re reliving what happened last year. With Bryan most likely missing this match, this should have Barrett have an open challenge which should be answered by Neville. Neville can pull of the win and insert himself in the Intercontinental title hunt. If by some miracle Byran is able to compete, I think he’ll defeat Barrett and hold onto the title while he gets back to 100%. 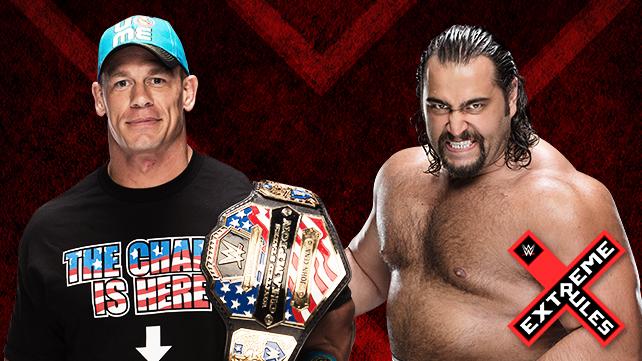 I have been loving Cena’s United States Open Challenge matches every week on Raw. It’s giving different guys the chance to have a great match with Cena and it elevates the value of the United States title. As much as I love the open challenges I think they should have waited to do after Extreme Rules. We all knew that Cena wasn’t going to lose because the rematch with Rusev was already set. Another option would have been to wait until this past week’s Raw to make the match with Rusev official. I don’t see Rusev having any chance of winning this match. Cena will overcome the odds again and continue the open challenges. 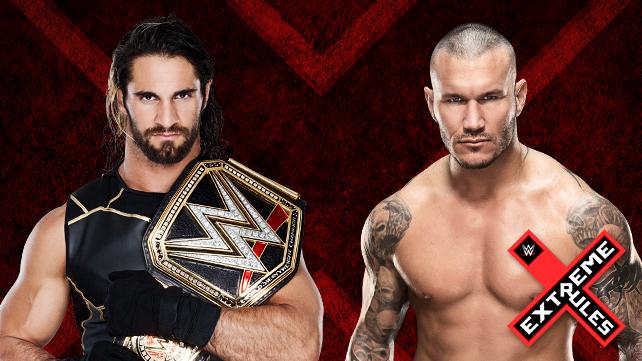 There has been a lot of controversy over the last couple of days on whether or not Rollins’ Curb-Stomp has been banned by the WWE. The funny thing is this all happens when one of the stipulations of this match is that the RKO is banned. I liked the Curb Stomp but, I’m not going to cry because it seems to be gone. I really want Rollins to start using his old Ring of Honor finisher, God’s Last Gift, which was a small package driver. I absolutely loved Orton going on RKO rampage on Monday. Despite Orton choosing this match to keep J&J out we all know they’re going to find their way in. Also Kane will be looming outside as he is the guardian of the gate. I think the obvious finish here is Kane does “what’s best for business” and helps Rollins retain the title.

Share your Extreme Rules 2015 predictions in the comments below.