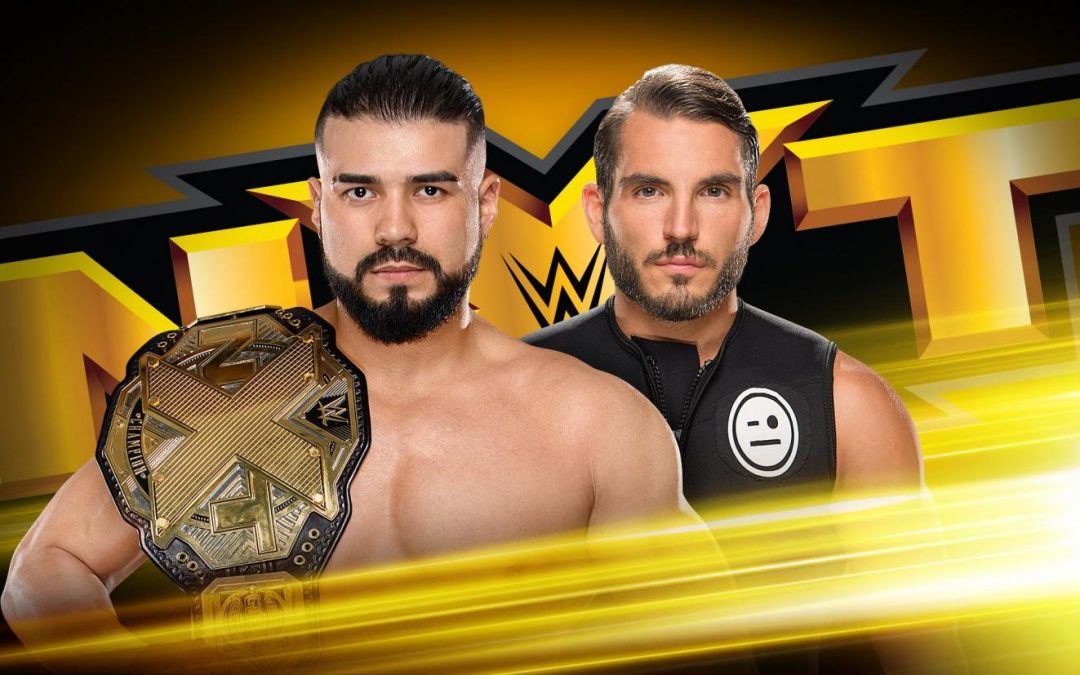 What is up, Social Suplex readers! It’s Tom Gambardella here recapping the most exciting hour in pro wrestling (with apologies to 205 Live), and oh boy did this week’s episode bring the heat. Obviously, there are spoilers ahead, so beware if you haven’t watched NXT from this week yet.

Velveteen Dream vs. No Way Jose

We started off with Velveteen Dream vs No Way Jose, which the Dream won by Purple Rainmaker. The interesting takeaway from this match is how much of the crowd was cheering for Velveteen Dream. When NXT first taped in Atlanta it was noticeable how much more the babyfaces were getting cheered and the heels were getting booed, but the Velveteen Dream seems immune to this. Obviously, No Way Jose isn’t the most popular babyface right now (that’s no slight on him, he’s just been stagnant for a while now), but it is gonna be interesting to see if anybody can get cheered over Velveteen Dream. Johnny Gargano and Aleister Black both got a split crowd against him, and they’re NXT’s top two babyfaces right now, which really speaks to how phenomenal Dream has been.

Next, we had His Lordship, William Regal, on tv to make a VERY special announcement, the Dusty Rhodes Tag Team Classic is coming back!!! I’m incredibly hyped for this year’s edition of the Dusty, mainly because there are a good 3 or 4 teams that could logically win it. Any combination of Sanity (most likely Eric Young and Alexander Wolfe), TM61, The Street Profits, AOP, and to a lesser extent Heavy Machinery could all believably win the tournament. The other thing I love about the Dusty Classic is the “odd couple” tag teams we get when two singles wrestlers team up for the tournament. We know the Dusty Classic has been used to set up singles feuds in the past (Balor vs Joe comes to mind) and think of all the guys who don’t have a partner yet: Velveteen Dream, Roddy Strong (who debuted in the Dusty Classic), the until recently M.I.A Lars Sullivan, Lio Rush (who tagged with the Velveteen Dream on the indies), and maybe, just maybe…a debuting Ricochet? The list is long, and the Dusty Classic is gonna be AWESOME to watch, especially in the later rounds.

Next, we got Nikki Cross vs Vanessa Borne, and the main thing I took away from this match is that Nikki Cross, and most likely the rest of Sanity with her, is not done in NXT. Cross won clean, and I think she’ll challenge whoever wins the women’s title match in New Orleans. Do I think she’ll ever win the women’s title? No, I don’t. There’s been a theory floating around that Nikki Cross never won the NXT women’s title because management wanted to be able to call up Sanity at the drop of a hat if they needed to, and I believe that 100%. So I think Nikki Cross will put some people over this summer and probably move to the main roster with the rest of Sanity after Summerslam.

Finally, we got the main event, the epic conclusion to what has been, in terms of match quality and storytelling, the best WWE feud in a LONG time. Gargano vs Almas IV. Career vs Title. Elephant in the room here…Andrade won. Johnny Gargano has to leave NXT. And who cost Gargano his career? Tommaso Ciampa. I think this was the second best Gargano-Almas match of the 4, and just like Gargano vs Almas I, II, and III, I was legitimately bummed out by the ending. Realistically this was the best outcome from a storytelling perspective, because now Gargano can have one final match with Ciampa in New Orleans, Ciampa is MADE as a heel in NXT, and Almas gets to continue his title run, which has been fantastic, but good god did I REALLY want Gargano to go over here.

This week’s episode of NXT was definitely buoyed by a strong main event, but it was definitely worth the watch. Thanks for reading, I’m going to go try not to cry about Johnny Wrestling losing.