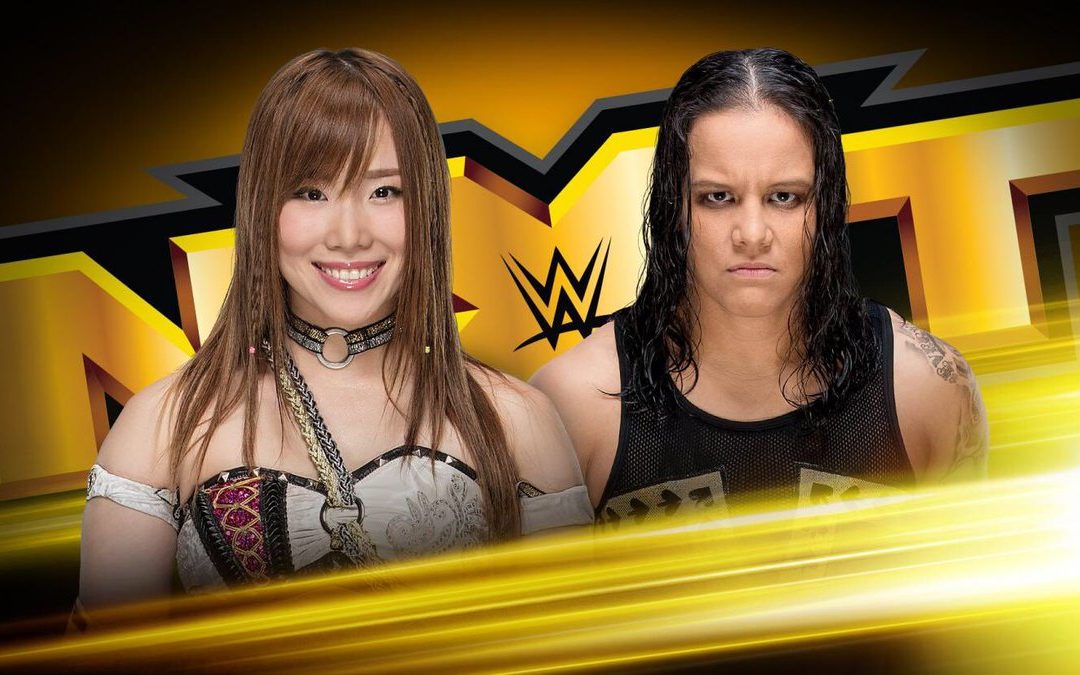 What’s up, Social Suplex readers! We’ve got another NXT review coming your way, recapping what was another quality episode. We got Velveteen Dream vs Tyler Bate, an AOP Promo, Shayna Baszler vs Kairi Sane in a Mae Young Classic Finals rematch, and the show closed with Aleister Black interrupting Andrade “Cien” Almas’s promo before getting beat up by Killian Dain.

As mentioned above, The Velveteen Dream was on this week’s episode, so naturally, we’re gonna use the entire first paragraph to gush about how big a star he is/will be. Dream beat Tyler Bate in a match that was as good as I expected it to be, and while Dream winning means Bate eats another pin, Dream needed the win more than Bate at this point in time.

Bate hasn’t been on the main card of a Takeover since losing the UK Title back in Chicago (and it’s worth noting that Pete Dunne hasn’t been on the main card since then either), whereas Dream has been one of the most featured characters in NXT since his debut feud with Aleister Black. What’s more important here is that Dream has lost the two biggest matches he’s been in so far, the first one against Aleister Black at War Games and the second against Johnny Gargano on TV the week before Philly. If Dream’s recent tweets are any indication, he’ll be facing Ricochet at Takeover: New Orleans, and there’s no guarantee that he wins that. With that in mind, Dream’s win in this match was a needed one.

The thing I noticed about Dream in this match was that even in the ring he moves like a character. He even sells like a character. Most guys in WWE, NXT specifically, have a character that consists of “I’m a pro wrestler, watch me wrestle”, and that character comes across in their matches. But the Velveteen Dream’s character is an over the top hybrid of Prince and 90s Goldust, and if he wrestled and sold like a typical “I’m a wrestler” character, this gimmick would’ve bombed long ago. For the millionth time, props to the Velveteen Dream on his performance.

Next, there was an Authors of Pain Promo which pretty much said “We’re scary and we’re gonna win the Dusty Rhodes Classic“, but it said so with less Paul Ellering talking and more Akam and Rezar. It begs the question: does Paul Ellering move up to the main roster with AOP when they go? I don’t know the answer, but my gut says they shouldn’t debut without Ellering. Maybe he gets phased out gradually, but his name recognition would be huge for AOP on the main roster.

After that promo, we moved to Shayna Baszler vs Kairi Sane in a rematch of the Mae Young Classic finals, which Baszler won after a pretty badass suplex-sleeper hold combo. It’s a little bit of a 50/50 booking decision to have Baszler go over here, but I think it was the right call. I assume Baszler will challenge Ember Moon again in New Orleans, and I think Baszler will win it this time around. It’s been a while since NXT has had a full-on heel women’s champion, and I think Baszler could play that role perfectly if she gets the chance.

The show finished with a promo segment where Andrade “Cien” Almas and Zelina Vega raved about ending Johnny Gargano’s career last week, and while I love Andrade, I don’t think it was a good idea to have him speak in English in this segment. They could’ve had him speak in Spanish like they did with Asuka’s Japanese promos, had Zelina Vega speak the entire time, or pull a Nakamura and only have Andrade say a confident word or two at the end. I didn’t love the yelling.

The real important thing here is that Aleister Black confronted Almas after his promo and was beaten up by Killian Dain soon after. I would assume that’ll be a number 1 contender’s match down the road, and I for one am extremely excited for it.

So there you have it, the week that was on NXT TV. A couple of solid matches, and a couple of promos to go with them. Next Wednesday can’t come soon enough. Until next time!