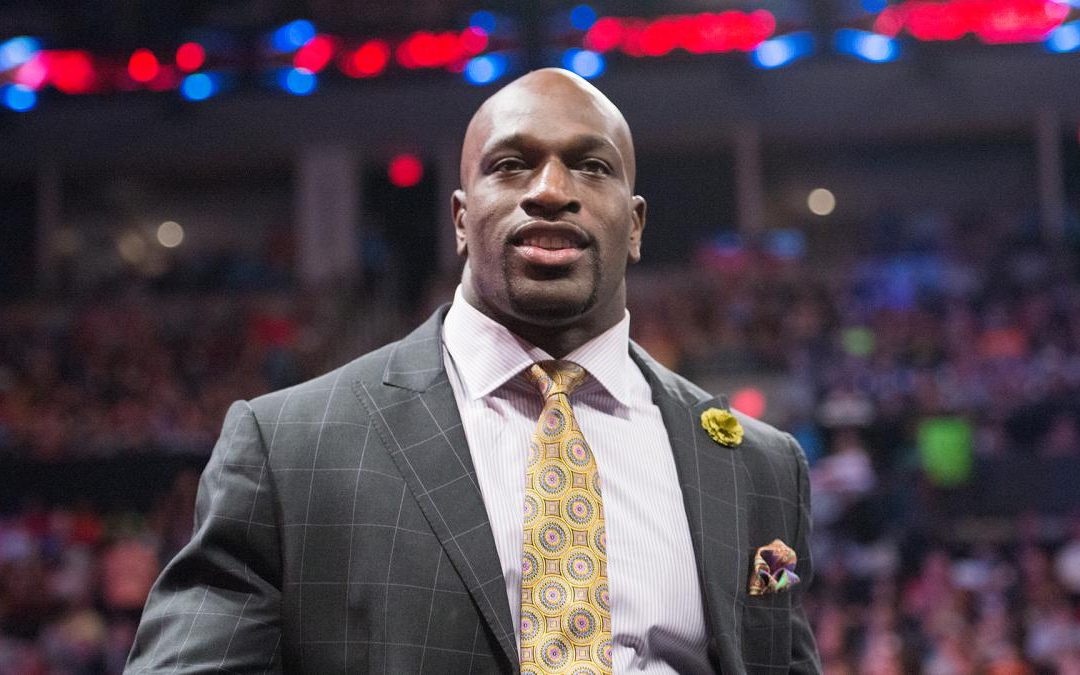 If you’ve read my two previous entries in this series, you may have noticed a trend. I like heels in wrestling. I could talk all day long about how awesome the majority of WWE’s bad guys are. It’s no secret that heels are far more interesting in today’s product. They have much more creative freedom and have that little bit more bite to their character that is easy to relate to, especially in a day and age where TV and Hollywood’s main characters smashed that moral compass a long time ago.

Unfortunately, I don’t think it’s fair to make this a series of WWE’s un-sung bad guys. Therefore I’ve set myself a challenge this week by attempting to find a low-mid card baby-face that should be applauded for their services these last few months.

And what a challenge it’s been! I’m just so conditioned to root for the villains in most of WWE’s TV offerings that finding someone who is supposed to be batting for the good team has made my 3rd choice of un-sung hero – this time a manager – a possibly controversial one. Ladies and gentlest of men, I present to you, Mr. Titus O’Neil!

“Oh noooo!!” I hear you cry. Well, that groan might be warranted in the grand scheme of things. He hasn’t exactly had the best career leading up to now, and apart from a fleeting tag-team feud with The New Day and an ill-fated attempt at rescuing the US Title from fan favorite heel Rusev, he didn’t have much TV time from 2015-2016. Nevertheless, slowly but surely, things were about to change for the better.

I was lucky enough to attend the Monday Night Raw from Glasgow almost exactly one year ago (man those fireworks are loud!), and the Superstars taping match before Raw proper was O’Neil vs Neville (before his ascent to the throne of the Cruiserweight Title). The former Prime Time Player had just started his “brand” gimmick and was booed in typical pantomime-villain fashion by the Scottish crowd, and I was thoroughly enjoying straining my voice by joining in with the jeers.

It seemed that O’Neil’s remit for this brand – which would later become “Titus Worldwide”, was to act as a larger than life agent/booker and elevate his clients to the dizzy heights of superstardom. Which is a bit ironic, considering his own career success. In fact, maybe that was the point to him being booed in the first place? A delusional loud-mouth who thought anything he touched would turn to gold? Pass me the rotten fruit, please!
He used social media and WWE.com’s underrated video-shorts to his advantage, holding press conferences and scouting sessions publicising his contacts, prowess in the marketing game, and a promise of toys and trinkets such as ringside tickets for big sporting events, to those wrestlers he wanted to sign up to “Worldwide”.

Now, I like to consider myself a relatively “smart” wrestling fan. I know there is a non-kayfabe pecking order. I know that Titus Worldwide will always be a mid-card act. I know that wrestlers like Samoa Joe and Asuka wouldn’t consider O’Neill services as a stepping stone for their careers. Nevertheless, it does something which I’m all for, and that makes full use of the roster and TV time. Apollo Crews was in danger of becoming a serious dud on Smackdown. He just had absolutely nothing going for him. Some of you might be whispering (me included), that there is still nothing positive about his involvement in the brand, but he at least now has an identity and belongs somewhere.

For me personally, the most positive aspect of all this has been the recruitment of Akira Tozawa. I am happy that Tozawa had 15 minutes of fame that will hopefully be remembered by fans over the coming months, but this acquisition also showed Titus Worldwide as being far-reaching and ambitious, as he crossed the divide between divisions within WWE. Recruiting someone from a different show gave the impression that Titus actually does want to take his brand “Worldwide”, and not just use it as a catchy title. Shared universe storytelling is quite cool! Who’da thunk it!!!??

After Tozawa lost the Cruiserweight Title, things seemed to quieten down for the brand. Although O’Neil’s stable has recently acted as fodder for a freshly returned Samoa Joe (Hallelujah brother brother!), there doesn’t seem to be a lot for Titus Worldwide to sink its teeth into. Maybe that’s because the Road To Wrestlemania is being paved as I write, and the big guns are being primed for the bigger storylines that are in the pipeline for the “Show of Shows”.

This could mean that Titus and his gang of misfits fizzle out to only having appearances every now and again, or on C-shows like Main Event and Superstars. And I understand that this happens regularly. Entertaining mid-card acts have their time in the spotlight, then move on before it gets too stale and a fresh direction or gimmick is introduced further down the line. This a shame, but that’s just reality. Raw’s roster from the higher mid card all the way up to the main event is stacked to the rafters. Even the tag-team scene is hot just now, with no end in sight for what is turning into a feud of the year between The Bar and “Ambrollins”. It would take a lot of creativity to keep Titus Worldwide relevant just now, especially in the lead-up to Wrestlemania.

If, however, Creative are looking to fill up TV time effectively, then there is room to recruit a woman. The majority of the Women’s division has its cross-hairs firmly focused on Alexia Bliss as she continues to alienate everyone and everyone in her quest for dominance. Recruiting one of her enemies in an upcoming singles feud could put Titus Worldwide back on the map (pun sort of intended) while giving the faction a level of gravity not yet seen.

Alternatively, an avenue to go down is finally doing something of note with Apollo Crews. I’ll admit it, despite my enjoyment of the idea behind Titus Worldwide, Apollo is still a weak link in this set-up and could do with adding more meat to his persona. If for instance, he were to challenge The Miz for the Intercontinental Title, Creative could produce two months of content at the very least. It could also put The Miztourage against Titus and his clients. I’m sure one or two six-man tag team matches could be thrown in to help both prolong and spice up the rivalry. This could help Crews quite considerably. I’ve noticed that nobody gets a superstar over quite like the Miz these days (he even got the masses to cheer for Roman Reigns for crying out loud!). The Miz could help make Apollo relevant, and nobody could say that’s a bad thing, considering Crews is actually a very gifted athlete.

This, of course, is all fantasy booking. And I’m under no illusion that Titus O’Neil, and his relatively light-hearted stable of quirky characters, will not reach the dizzy heights of the main event, but I’m still happy to have been entertained by him, and if the end of his brand is near because…..well, because ‘Mania, then let me take this time to thank Mr. O’Neil for giving guilty-pleasure laughs these last few months.