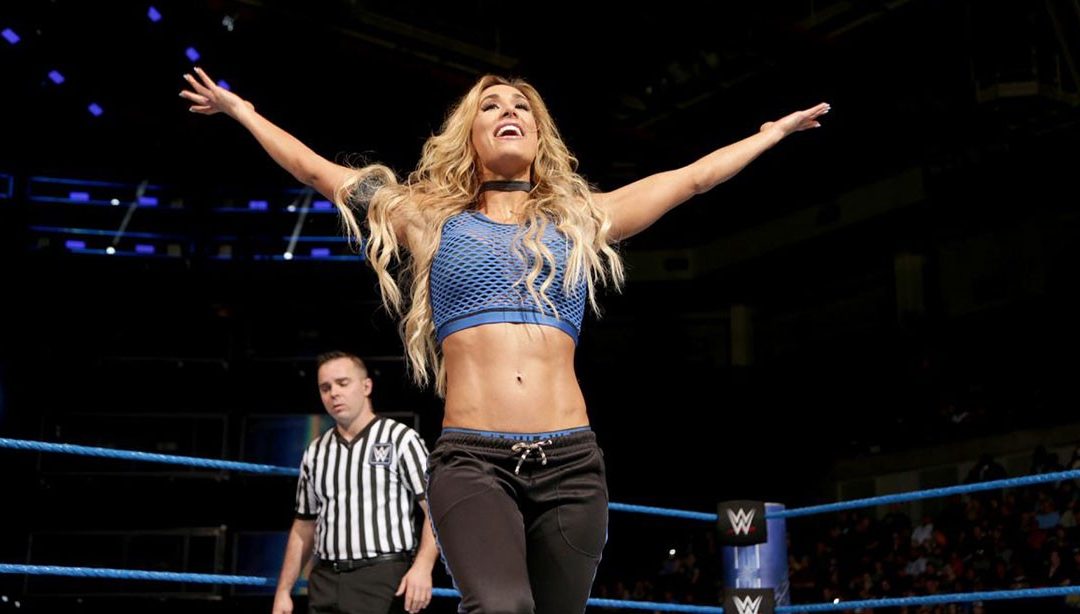 When writing this series, I tried my best to “spread the wealth”, as it were, and look at all of the different facets of WWE on offer. From 205 Live to NXT, with a smidgen of the main roster in between. However, when it comes to Smackdown Live, it was somewhat difficult to find someone who has risen above the many bad booking decisions that have hampered the critical success of the blue brand since Wrestlemania 33 and beyond.

When a jobber in Jinder Mahal was at the top of the food chain for over half a year, the knock-on effect for everybody else was significant. Even the women weren’t safe. Since (and even including) this year’s ‘Mania, I quickly lost count of the amount of multi-women matches on Smackdown, whether it was is tag action or a number one contendership match. Stand-outs like Charlotte Flair were stuck in booking purgatory. From the outside looking in, it appeared that Creative didn’t have much of an idea of what to do with the majority of their female roster. One woman that wasn’t too damaged in it all, bizarrely enough, was Carmella.

This pick might result in divisive opinion, but over the last 12 months, I challenge you to think of another Superstar who has been booked more consistently on Tuesday nights than Carmella.
AJ Styles. Rusev. Kevin Owens. Sami Zayn. Shinsuke Nakamura. That list is only a handful of wrestlers adored by WWE’s hardcore audience and should be household names at the forefront of the new generation of professional wrestling. But the creative direction these stars, and many others, have ALL been on the receiving end of has been questionable at best, and woeful at worst.

Carmella’s call-up from NXT, where she was the lovable valet of Enzo & Cass, during last year’s Superstar Shake-up was quite a surprise to me. I had watched the Princess of Staten Island somewhat struggle to carve an identity for herself after The Realest Guys’ promotion to the main roster. Don’t get me wrong, Full Sail liked her. She was over enough to be an acceptable part of the weekly television. Unfortunately though, using the brass ring analogy, Carmella was barely grabbing hold of the slippery ankles belonging to the Alexas and the Nias of NXT at the time. What was even more surprising was her being called up before Bayley, who at the time, was earmarked by some as the potential female version of John Cena as far as commercial opportunities and relatability to young fans were concerned.

I was worried that Carmella’s hip chick persona would be swallowed up by some of the more established characters on the female roster, what with veteran Nikki Bella holding the fort, and Becky Lynch already occupying the spot of a fan favorite. My concerns didn’t last long, however, as she quickly cemented her heel in August by attacking Nikki Bella. The next week, I remember being instantly impressed with how well Carmella portrayed a villainess, with her knocking it out of the park in her first bad girl promo. I genuinely didn’t think she had the chops to pull off such a bitchy assault. Just goes to show that heels have all the fun!

The audience’s dislike for Carmella grew as she took James Ellsworth under her wing. On paper, this was quite the mismatch, but their chemistry together was easy to see, as Ellsworth became Carmella’s de facto attack dog when it came to promo segments. Ellsworth’s trashy jibes towards the rest of the Women’s division were cringe-worthy, and that Carmella associated herself with him meant a lot of the derision was laid at her doorstep.

Things trundled along, and Carmella took a backseat for a while during the Wrestlemania season. And I will admit a hiccup in her booking when it comes to the Welcoming Committee, but that damaged everyone involved, so that is definitely a case of “the less said about that the better”. Nevertheless, her expletive inducing double act with Ellsworth was about to rear its ugly head in very controversial fashion.

When Ellsworth literally won the Money In The Bank briefcase for Carmella at the event of the same name, I was livid at the time. I, like almost everybody else, was caught up in the opinion that this was the first ever Women’s MITB ladder match, and such a moment should have been booked with the utmost respect. To have this bumbling idiot with a Y chromosome snatch the briefcase felt like a big fat middle finger to the fans. But retrospectively, I was wrong to think that this was awful booking. Like I wrote above, this kind of nonsense was in keeping with Carmella’s character, and still displayed consistent character booking. She gets her lapdog to do the grunt work for her as she takes all the plaudits? Textbook cowardly heelwork there. To then have the briefcase taken from her due to the controversial win, and then legitimately retrieve it in a MITB rematch a week later, only added to the disdain that the audience held for her.

With Ellsworth’s time in WWE coming to an end, for now, Carmella is left to her own devices. Things have calmed down a tad for her creatively. However as is sometimes the case, MITB briefcase holders have a quiet spell which spans months before they seize their moment. I’ve heard some people say that the powers that be have lost faith in her as she hasn’t cashed in yet. Well, I will counter that argument twofold.

First of all, Carmella has twelve months to cash in her briefcase. She still has roughly seven months left on her “contract”. That is plenty of time for the division’s hierarchy to chop and change. Plenty of stories, feuds, and matches can be had in seven months. Not to mention plenty of time for Carmella to improve as a performer also.

Secondly, look at the questionable decision to have Corbin fail in his cash-in attempt, only two months into his stint as Mr. Money In The Bank. A lot of damage was done to his character that Tuesday night, and even though he is the current United States Champion, there is still a lot of work to be done before Corbin’s image is cleansed of that creative botch.

Maybe the writing team for Smackdown doesn’t have immediate plans, but that’s not to say they don’t have any. If it was up to me, however, I would start the ball rolling relatively soon. Smackdown has a new Women’s Champion in Charlotte. A freshly turned babyface with a lot of momentum on her side, especially with the real-life sympathy gained from a certain family member’s recent health scare. What could be more “heelish” than to snatch that feel good moment away from Charlotte than an unexpected cash-in by Carmella? It’s hard to imagine a more unjust moment than that on Smackdown right now, and that could be just the move that reinforces the Princes of Staten Island as your typical cowardice heel.