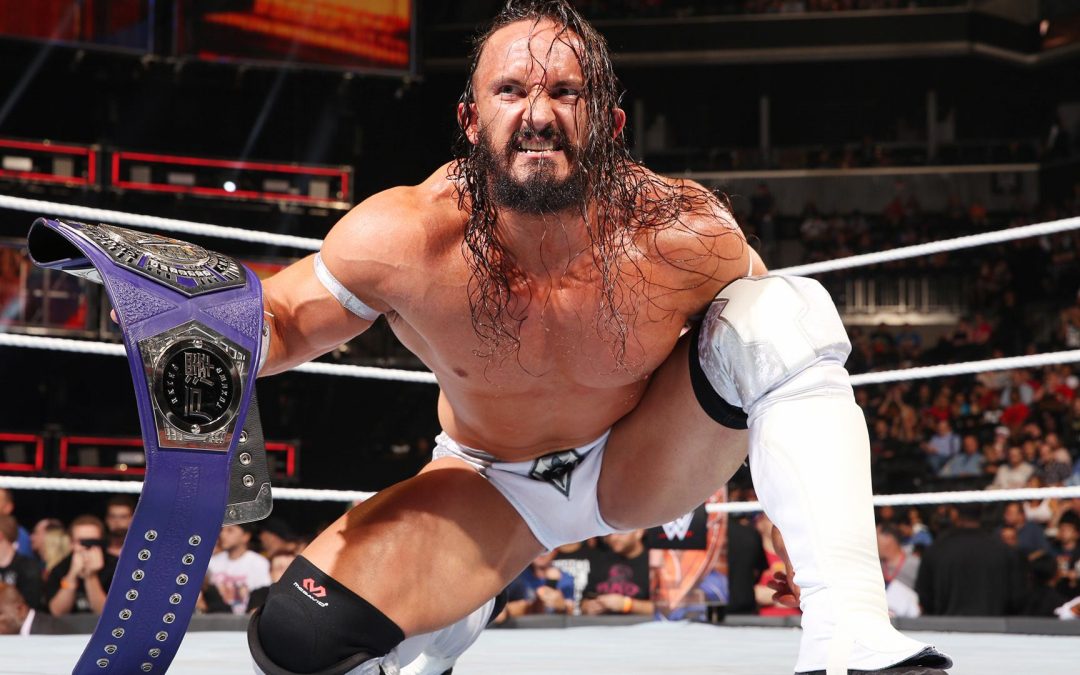 Safe to say it’s been busy few months. Committing to a ten-part series might not have been the cleverest idea for my initial foray into the wrestling column world, but I’m glad I persevered, for better or worse.

Just like a good character arc, my series has transformed from an appreciation of wrestlers’ work rate and mic work, into in-depth analyses of characters and the long-term story they’ve been a part of. With that in mind, there are few wrestlers who have told a better story in the WWE Universe than my pick for this week.

When Neville jogged happily to the ring to join in on Rich Swann’s Cruiserweight Title win at Roadblock last December, then immediately attacked him (and everyone else who got in his way that night), Neville produced more credible and impactful heel work in three minutes than it takes others to produce over weeks of programming. We as fans are supposed to boo the bad guys, but deary me, the potential here was a truly salivating prospect.

WWE killed two birds with one stone that night. Neville had been lost in booking wilderness since his return from injury. At the same time, 205 Live was struggling to get the Cruiserweight Division into third gear. Having Neville insert himself into the division with a very clear and malicious statement of intent was the shot in the arm that both problems needed.

Whether it was lack of belief in the crop of cruiserweights at the time – that lack of star power – or if it really was that the roster needed time to hone their craft, having Neville smash down the door to 205 Live and claim the purple belt for himself very early on was the right thing to do, as the stories that unfolded over the next few months were, in my opinion, quietly the best-booked TV on offer by WWE at the time.

Neville’s heel character was so dominant, so overwhelmingly destructive, that he became an absolute force on the show. So nasty, calculating and brutal was Neville, that any protagonist who dared face him accrued many points in their character bank. Adding “sympathetic babyface on the chase” to their résumé, Neville actually helped get some less appreciated wrestlers to a higher quality in their career. Neville might have hogged the limelight and destroyed everyone in his path, but his challengers weren’t lacking any credibility as a result.

For the first five or six PPVs of the year, Neville’s matches could have been in the conversation for match of the night. Swann, Jack Gallagher, and Austin Aries all upped their game in their attempts to overthrow the King. Those three mentioned all have a different wrestling style, and Neville was able to adapt to all of them, offering an eclectic group of matches. In three feuds, Neville adopted varying offense depending on the situation before him.

Arguably the most intelligent match of his reign came against Austin Aries at Extreme Rules in a Submission Match. This stipulation was perfect, and really the only way the rivalry could end, what with Neville scratching, clawing, and cheating to ensure he didn’t fall victim to Aries debilitating submission finisher, The Last Chancery.  Around this time in a gritty feud with Aries, Neville had begun incorporating the Rings of Saturn submission into his arsenal and used this to his full advantage against Aries who was gradually worn down over many weeks. The end of that match saw Aries, nursing his back, fall victim to a devastating Red Arrow to the injured area instead of the traditional torso, hammering home the final nail in the coffin. A tyrant only grows more when he adapts his end game. To adapt a finisher to the environment of the match at hand was somewhat Machiavellian in its execution.

During this seldom appreciated rivalry with Aries, another underrated story was taking place at the same time. Based on what we saw with his inability to cope with Aries, Neville convinced TJ Perkins into believing that if he helped him in his war with Aries, in effect doing his dirty work, then Perkins would be rewarded with a title opportunity. Neville did follow through with his promise, but not before he had soundly defeated Aries once and for all. Also not before Neville did what we all knew was coming and decide TJP wasn’t much use to him anymore. Neville convinced a man to turn from hero to villain in this story. To then betray and annihilate that same man speaks of a pure and cruel use of power. An evil act, but nevertheless a strong milestone in Neville’s journey, reminding everyone that he is the king and he will not dare let anyone usurp his throne.

The cracks in Neville’s armor were beginning to show upon his defeat to Akira Tozawa the Raw before Summerslam. A blip in the radar though it was, what with his reclaiming of the Cruiserweight Title less than a week later, Neville’s character work on 205 Live in between the defeat and victory was scarily effective. While Tozawa celebrated his win the night after (sponsored by Titus Worldwide of course), Neville cut a husk of a figure. His hair more of a mess than usual, his speech pattern desperate and broken. But it looked as if Benjamin Satterley, the man who plays Neville, literally did not sleep a wink from his loss on Monday night through to his appearance on 205 Live twenty four hours later. Neville looked dejected and haunted. That’s commitment to character we rarely ever see in professional wrestling.

That same battle worn look was adopted by Neville again after his shock defeat to Enzo Amore for the title at No Mercy.

As a side note, there is no denying whatsoever that Neville losing any match to Amore, let alone a title match, is hard to believe. Hard to stomach, even. It’s an insult to a man who is arguably the best wrestler in the company. But I will try my best to keep this in the confines of WWE’s fictional world.

In this scenario, Neville was crossed by a man who had little wrestling acumen in comparison. He couldn’t even be mentioned in the same breath as Neville’s many challengers to date. Naturally, Enzo’s resorting to dirty tactics and hubristic trash talking did not sit well. Neville may have claimed his throne through brute force, but you could understand him respecting the rest of the division for their abilities. He just wanted to iterate that his abilities were better. For a ragdoll with a microphone to strut in and start acting the G.O.A.T…. it’s no wonder that Neville’s emotional wall was crumbling. To be thwarted by someone much lower down the totem pole of wrestling prowess, it was the undoing of The King of the Cruiserweights.

With Neville’s shock exit, or whatever it was, shortly after, 205 Live has frankly taken a battering in quality. And this coming from a fan who has championed the show during its infancy. The quality of the 205 Live came from Neville’s heel turn, his climb to the top, and his tyrannical reign as The King of the Cruiserweights. If rumors are true and WWE didn’t have anything else for Neville outside of 205 Live, then no matter how positive I try to be about the company in these columns, present, and future, then that is a black mark against WWE’s name which I won’t be able to forget in a hurry.

A few months ago, someone on Twitter asked Kevin Owens if he was on the “Neville Level”. Owens’ response was simple; “Very few are.” Kayfabe or not, Kevin Owens hit the nail on the head with his reply. Not many have, are, or will be on the level that Neville worked at for ten months solid. Thank you, Neville, for your extremely hard work this year. It will be remembered for a long time.

Well, there we have it. This concludes my ten-part series of WWE’s Unsung Heroes of 2017. Some of the entries have been those low to mid carders who deserve some more appreciation, and some have been main roster members whose character work goes vastly underappreciated. Hopefully, you have enjoyed some of the columns. I’ll be taking a short break as I brainstorm what my next work will be.

You can also hear my opinions on all things WWE in “The Ricky & Clive Wrestling Show”, one of the podcasts that make up the ever growing Social Suplex Podcast Network.