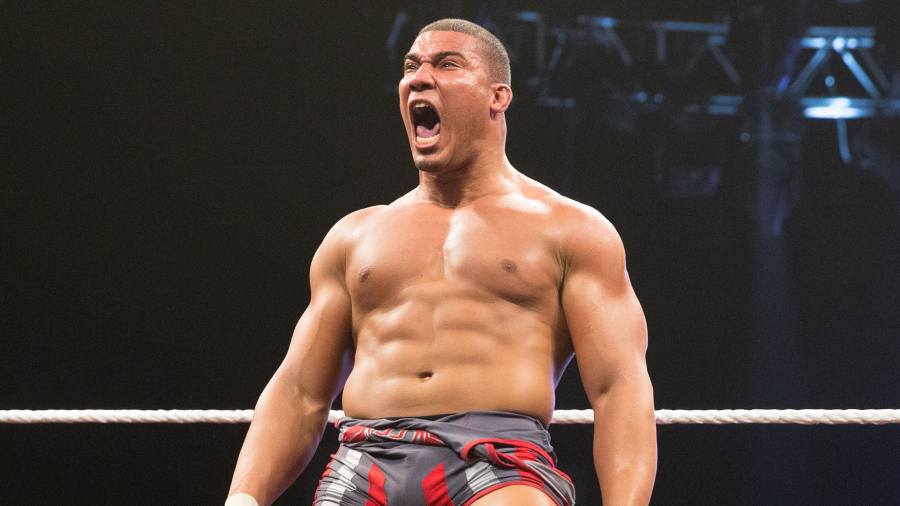 When Jason Jordan and Chad Gable were promoted to the main roster’s Smackdown Live in July 2016’s brand extension, NXT fans were excited for the possibility of Tuesday nights being the home of the awesome amateur wrestling that the two young men had won the loyalty of the Full Sail crowd with.

Greedy fans, myself included, would demand an early push to the top and, based on the talent available at the time, a lengthy reign of dominance over the thrown together tag division. Bear in mind this was before The Usos upped their game and became arguably the best duo around.

Despite winning tag team gold early in their main roster career, it never had the same emotional impact as their Takeover Dallas crowning a few months prior. As a team on Smackdown, they were never given the exposure some thought they deserved. Vince possibly also felt that they weren’t ready for a push together, as Jason Jordan made his way over to Raw for one of the most soap opera-oriented storylines in recent memory; being revealed as Kurt Angle’s son.

Early indications were that this was simply “wrestlecrap”, and wouldn’t amount to much. However, over the last few months, Jordan’s relationship with his father has become an intriguing storytelling device in the young Superstar’s overarching character development. From June to now, Jordan’s emotional reactions to finding out about his family lineage could be considered organic if this was a real-life scenario.

When the dust had settled and Jordan was ready for action, he was more than happy to wrestle his best and make Dad proud. Not wanting to climb the card through the benefits of nepotism, he wanted his athletically superior displays in the ring to show Angle that he should be a main player on Monday nights based on raw talent alone.

Despite Jordan’s humble intentions, as well as being fed to The Miz (because which blue chipper babyface doesn’t deserve to be thrown to the wolves at some point), Angle saw fit to put his son to the test in lengthy and competitive matches with John Cena and Roman Reigns during the latter two’s No Mercy feud. He took both men to the limit, as far as TV matches go, and Kurt was obviously proud of what Jordan offered the product.

As things stood, father and son were on good terms. No animosity between the two. So far so comfortable. And as that comfort began to settle in for Jordan, he became a little lax in his humility, engaging in childish playground fights with The Drifter, Elias Samson.

This was admittedly hard to watch. Nobody in 2017 wants to see a fruit fight on TV, let alone in multiple segments over the course of a whole PPV.

This is no doubt very juvenile behavior from Jordan but think of it in context. The PPV in question was TLC, an event which two days before it aired, Kurt Angle was announced as an active participant in the main event; stealing the limelight from almost all other matches scheduled for the show. Was Jason’s childish behavior really directed towards Elias? Or was it a subconscious cry for attention from a son who didn’t want any favors from his father at first, but was then overlooked for a prime slot by the man whose affections he was looking to gain?

Whether or not that was the subconscious reason for Jordan’s behavior, his frustrations at his supposed lack of opportunity would rear its ugly head in the build to Survivor Series.

After being included in Raw’s Men’s team for the Big Four PPV, then subsequently suffering a knee injury which would possibly rule him out of competing at the show, Jordan no doubt experienced a rollercoaster of emotions, from elation and self-confidence, to fear and borderline betrayal. From his point of view, having Kurt, a man who won a gold medal with a broken freaking neck, warn him that his Survivor Series spot was in jeopardy must have been a hard pill to swallow. Then for Jordan to beat upon by his father’s boss while Kurt stood there helpless? Not the best of nights for Jordan at all.

Considering the father and son relationship is only months old, never mind twenty plus years, it’s really no wonder that Jordan comes across as an emotionally insecure young man when you take all of the above into account. So again, it’s no wonder that a son, whose father is beginning to disappoint him, is showing signs of breakdown. The whining and self-entitled attitude, the backchat, the failure to stop his bottom lip from trembling at the drop of a hat. These are all very understandable reactions from someone whose professional and personal life have been turned upside down.

Let’s take a solitary episode of Raw into isolation where we have a segment showcasing Jordan’s childish behavior. This can make for cringe-worthy television, which has caused many WWE fans to roll their eyes. However, slotting that single segment into the overarching story of Jordan’s time on Raw, his overall screen performance is actually fairly nuanced and well paced. He and the writing team should be applauded for this work.

Since Survivor Series, Jason Jordan has been acting up more and more as the weeks go on. On the surface, he still thinks of himself as a babyface, fighting the good fight against top villains like Samoa Joe. However he isn’t very accepting of his place in the hierarchy of the mid-card, what with Joe actually having more pressing matters with The Shield. Like any attention-seeking spoiled kid, Jordan interjects in this ongoing story as he feels that he should be the one to get his hands on Joe. AND that he should have an Intercontinental Title opportunity. With all he has had to deal with in recent months, his moral compass is faulty, and he doesn’t care which side of the fight he lands on. As long as he gets what he wants.

If you look deeper, it would appear that Jordan has issues with anyone that is around or above him in the hierarchy. The heel turn, in my opinion, has indeed commenced, and it’s only a matter of time before he focuses his frustrations from supposed lack of opportunities onto the person he has the real issue with. The man who welcomed him with open arms yet stints his progression up to the very top of the card (whether he deserves it or not). The man who entrusted him with a spot in the main event of a Big Four PPV yet stepped back and watched as he ate a Pedigree and lost his spot. The man he has the real issues with is Kurt Angle, and the bullseye on his back is getting bigger and bigger as far as Jordan is concerned.

This angle started as cringe-inducing “wrestlecrap”. Some months later, it has the potential to turn Jason Jordan into a heel with significant heat. His character has been on a true rollercoaster of emotions these last six months. We might not have to wait much longer to see that carriage fly right off the rails…

Beneath all this drama is a simply phenomenal athlete. He has a big frame, a great collection of suplexes in his arsenal, and a built-in submission finisher thanks to the legacy of his father (that story writes itself). He wears his emotions on his sleeve, even if they are those of an insecure man who doesn’t know how to channel said emotions. He has it all, regardless of what some of us fans might think.

If Jordan manages to succeed in becoming a super heel, combined with his impressive in-ring talent, WWE might have a real star on their hands. Here’s hoping for an interesting 2018 for Angle Jr.