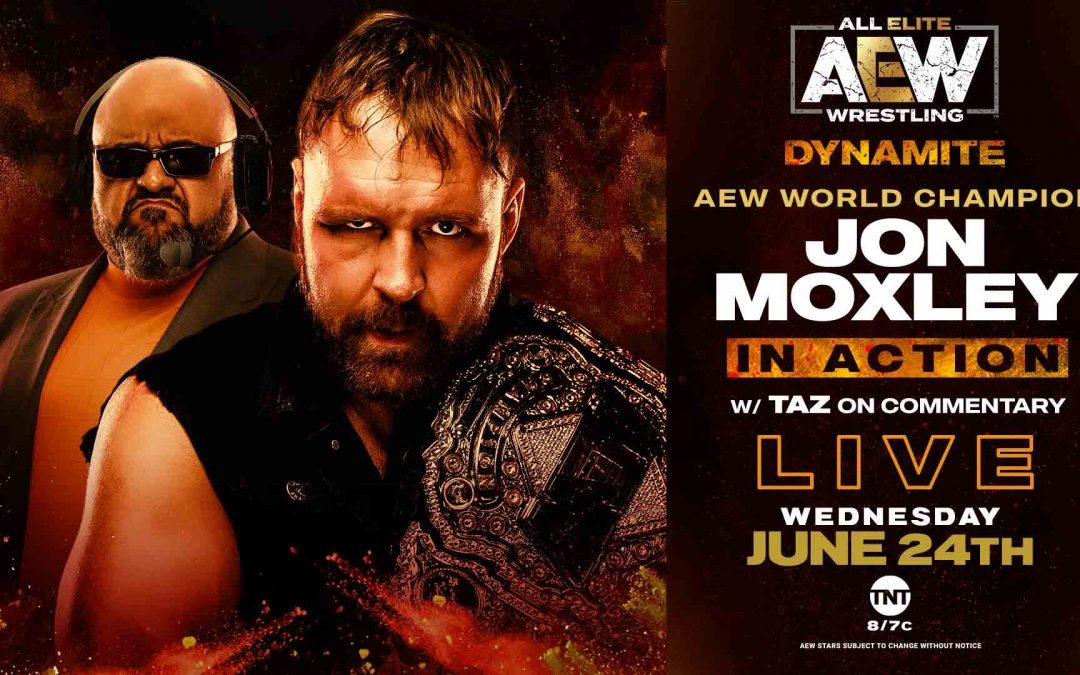 Tomorrow night is the last Dynamite before the two-week Fyter Fest special on TNT. A lot of rivalries are at a boiling point. It’s going to be interesting to see what final angles and promos are planned to make sure fans tune in to both nights of Fyter Fest. Let’s take a look at what’s on this week’s card.

Originally this match was supposed to be Sammy Guevara taking on Matt Hardy. Due to a four-year-old podcast clip resurfacing of Sammy making a horribly disgusting joke about rape, he’s been indefinitely suspended without pay. During his suspension, Sammy will be attending sensitivity training and his salary will be donated to the Women’s Center of Jacksonville.

With Sammy on suspension, his Inner Circle stablemate Santana will be filling in for him. We don’t know which version of Matt Hardy we’ll be seeing. As of press time, there is a poll on AEW’s Twitter asking fans to vote for which version of Matt they want to see in action. Currently, the “Broken” version of Matt is winning the poll. I love the Broken gimmick, but I’m a bit disappointed that “Big Money” Matt was not an option.

No matter which version of Matt we get this should be an entertaining match. I’m curious to see if there will be any mention of Sammy’s suspension on the program and how they will pivot the storyline. With Matt’s recent alliance with Marq Quen and Isiah Cassidy, I think this match should open the door for a rivalry between Private Party and Proud and Powerful.

I’ve been loving the segments between Jon Moxley, Brian Cage, and Taz. They’ve done a great job of making this feud personal in a short amount of time. Since an opponent wasn’t named for Moxley I assume he will be facing one of the many enhancement talents that have been featured on AEW during the pandemic. This will probably be a quick squash match that will lead to another confrontation between Mox and Cage.

Like I said in my preview a few weeks ago, I think FTR should be racking up wins in the tag division until the Young Bucks are the only team left for them to face. After this match I’m expecting will get some kind of angle to progress the story between the Bucks and FTR.

Last week on Dynamite we saw Mr. Brodie Lee hand Colt Cabana an envelope with a contract inside. We later found out that the contract was for a tag match this week where Brodie and Colt will take on Joey Janela and Sonny Kiss. If Brodie and Colt pick up the win here we could see Cabana finally accept Brodie’s offer to join the Dark Order.

Janela and Kiss have picked up a few wins on Dark and now seem to be an official team. Janela and Kiss are both talented individuals who shine in any opportunities they’ve been given. Getting their first Dynamite win will be the first step in cementing this team. I think Kiss and Janela get the pin on Cabana which will have an infuriated Brodie Lee ready to destroy Cabana.

The AEW Women’s World Champion will be in action this week. She’ll be looking to pick up a win before she defends her title against Penelope Ford at Fyter Fest. We’ve seen a lot of new faces coming into the division. Regardless if it’s a new or familiar face Shida will have a great performance and put Ford on notice.

Finally! Wardlow and Luchasaurus one on one! This a match that we’ve seen teased several times since Wardlow’s debut in AEW. This won’t be a regular singles match as the ring will be surrounded by lumberjacks. This leaves the door open to shenanigans and a tarnished finish. With the lumberjacks prowling around at ringside the ref can be easily distracted which could allow MJF to use the Dynamite Dozen ring to secure the win for Wardlow. I’m hoping we don’t get too much interference in this match and they just let these two big hosses beat the crap out of each other.

This should be another fun episode of Dynamite. Thanks for checking out this week’s preview. Make sure you check out All Things Elite, our podcast dedicated to covering all things AEW.